Boeing CEO Dennis Muilenburg said the company made mistakes with the flight-control system called MCAS installed in the 737 Max jets. 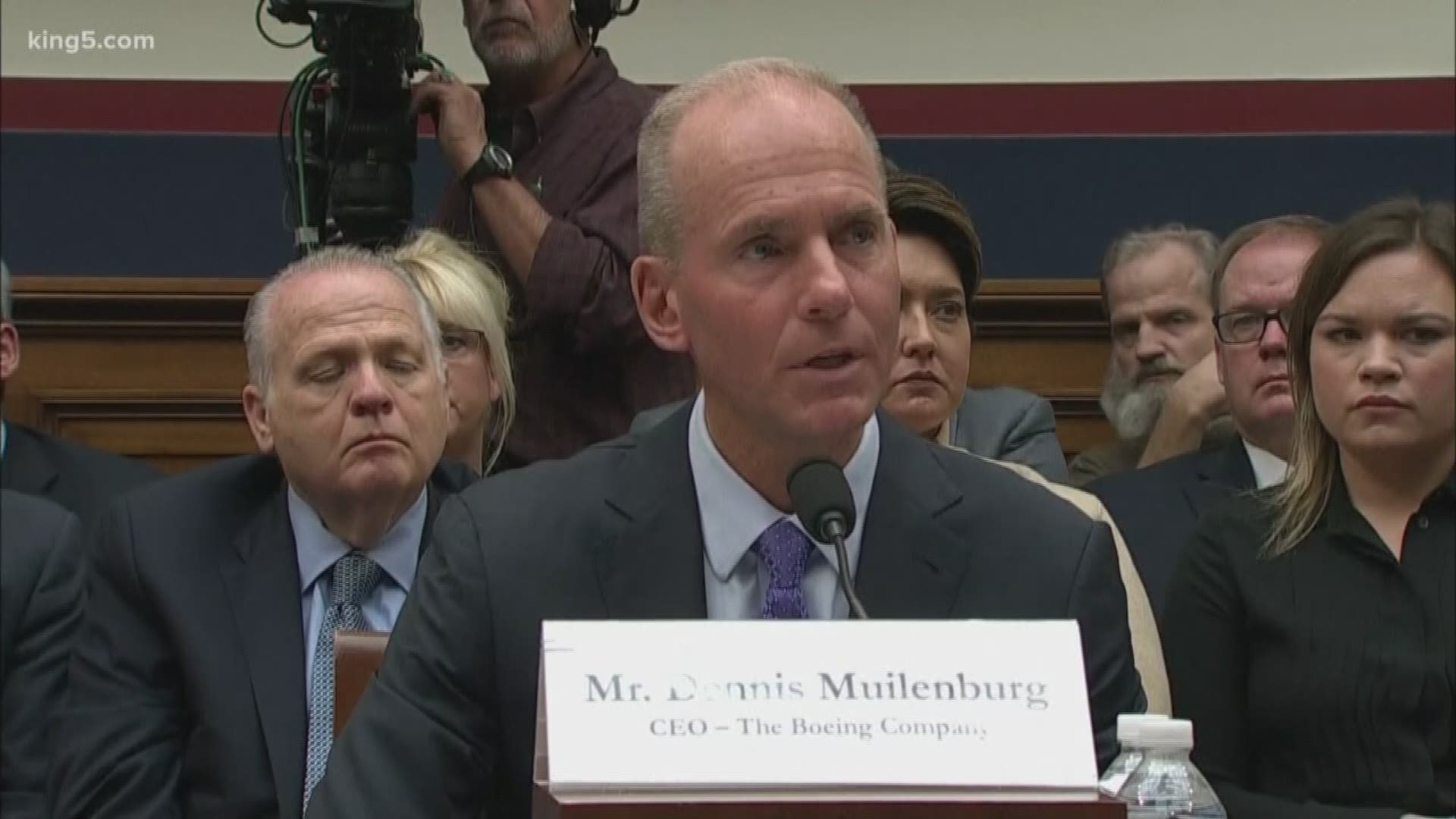 Angry lawmakers bombarded the hearings' star witness, Boeing CEO Dennis Muilenburg, with questions and lectures. They asked why he got a pay raise last year and whether anyone is being held accountable for the crashes, which killed 346 people.

One of the revelations concerned Boeing's design of an automated flight-control system that played a part in both accidents, pushing the planes' noses down until each plummeted to Earth.

The House Transportation Committee on Wednesday released a redacted copy of a 2015 email in which a Boeing expert questioned making the flight system called MCAS depend on just one sensor to measure the plane's pitch — its "angle of attack," or AOA.

"Are we vulnerable to single AOA sensor failures with the MCAS implementation or is there some checking that occurs?" the employee wrote.

Boeing went ahead with the single-sensor design, with no backup to prevent MCAS from pushing the plane into a dive. Investigators believe faulty readings from a single sensor triggered nose-down commands before both crashes.

At Wednesday's hearing, and one the previous day before the Senate Commerce Committee, lawmakers angrily blasted Boeing's CEO over the design and marketing of the Max. Several said the company had put profits above safety.

Rep. Peter DeFazio, D-Ore., chairman of the House panel, said Boeing showed a "lack of candor all through this." DeFazio and others highlighted Boeing's failure to tell pilots about MCAS until after a Max crashed a year ago in Indonesia.

They hammered Muilenburg over his compensation, which rose last year to $23.4 million, including more than $13 million in extra incentive pay, according to a regulatory filing. Some called for Muilenburg to step down as CEO. The Boeing board stripped him off the title of chairman this month.

Muilenburg explained changes Boeing is making to the Max and other steps it is taking to improve safety. He conceded that the company "made some mistakes" in designing MCAS and telling regulators and pilots about the system.

"We are learning, we still have more to learn, we have to work to do to restore the public's trust," Muilenburg said.

Some members of the panel defended Boeing and the Federal Aviation Administration, which certified the plane. 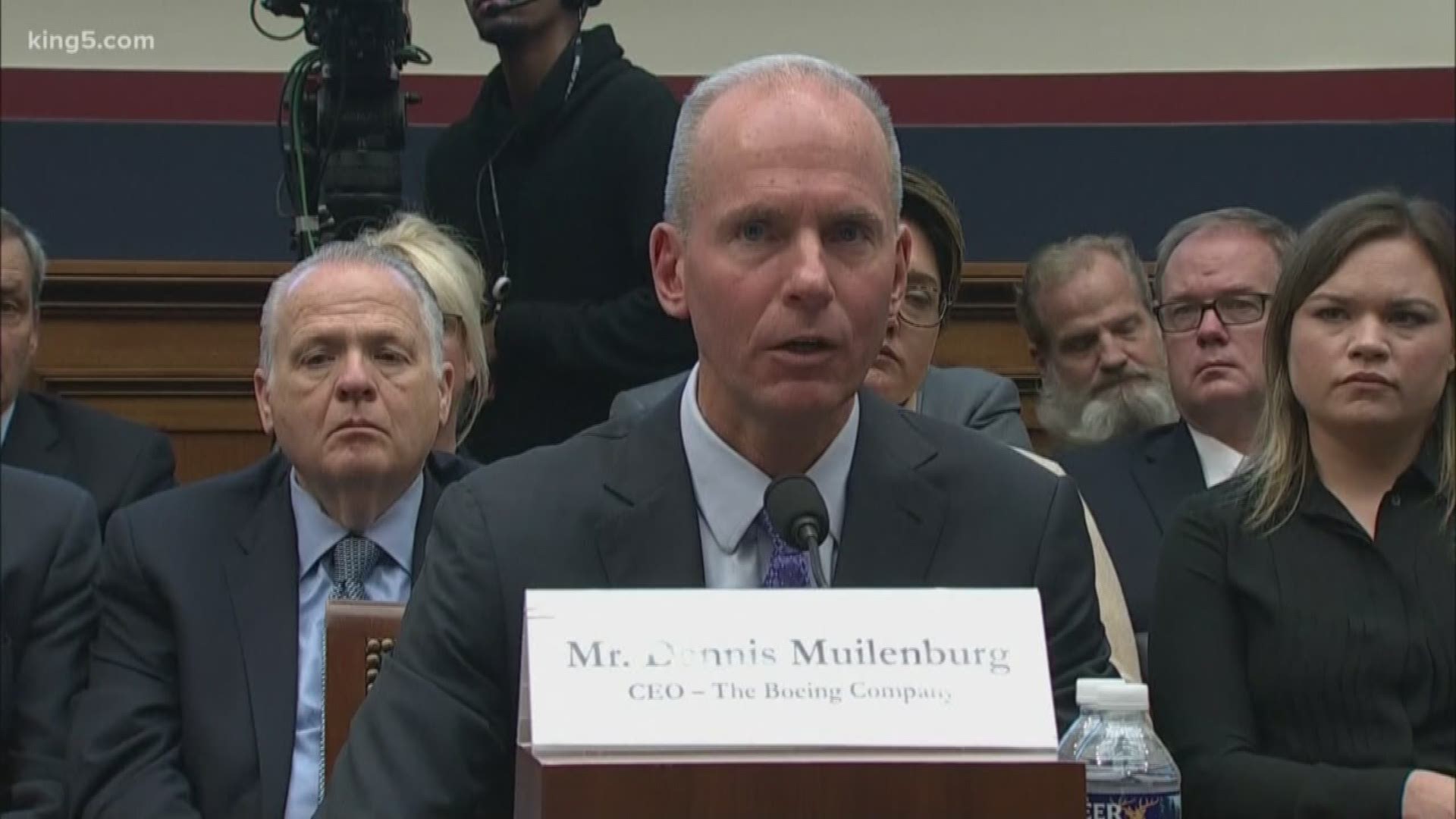 The committee's top Republican, Sam Graves of Missouri, said he wasn't absolving Boeing of mistakes but put some of the blame on foreign pilots. A preliminary report on the second Max crash, in March, revealed that the Ethiopian Airlines pilots were flying so fast it might have hindered their ability to overcome an MCAS malfunction.

Muilenburg was accompanied at this week's back-to-back hearings by the company's chief engineer, John Hamilton, who fielded most of the technical questions. It was the first time that Boeing officials had testified before Congress about the crashes.

The Boeing CEO acknowledged that he knew before the second crash that a senior Boeing test pilot had raised concerns after trying MCAS in a flight simulator. That surprised lawyers who are suing Boeing on behalf of families who lost relatives on the flights.

"The CEO knew about this email and text after the Lion Air crash. There is no excuse for not grounding the fleet at that time," said Nomaan Husain, a Houston lawyer,

Rep. Rick Larsen, D-Wash., said he believed the test pilot was complaining about MCAS, but Muilenburg said Boeing's "best understanding" is that he was actually reporting problems with the simulator. The CEO isn't sure because Boeing hasn't been able to interview the pilot, who now works for Southwest Airlines. The Seattle Times has reported that the pilot refused to provide documents to federal investigators, invoking his Fifth Amendment right against self-incrimination.