Butts on the beach: The No. 1 littered item adds to our plastic problem

Cigarette butts are primarily made of plastic and that plastic is winding up in our oceans and wildlife. 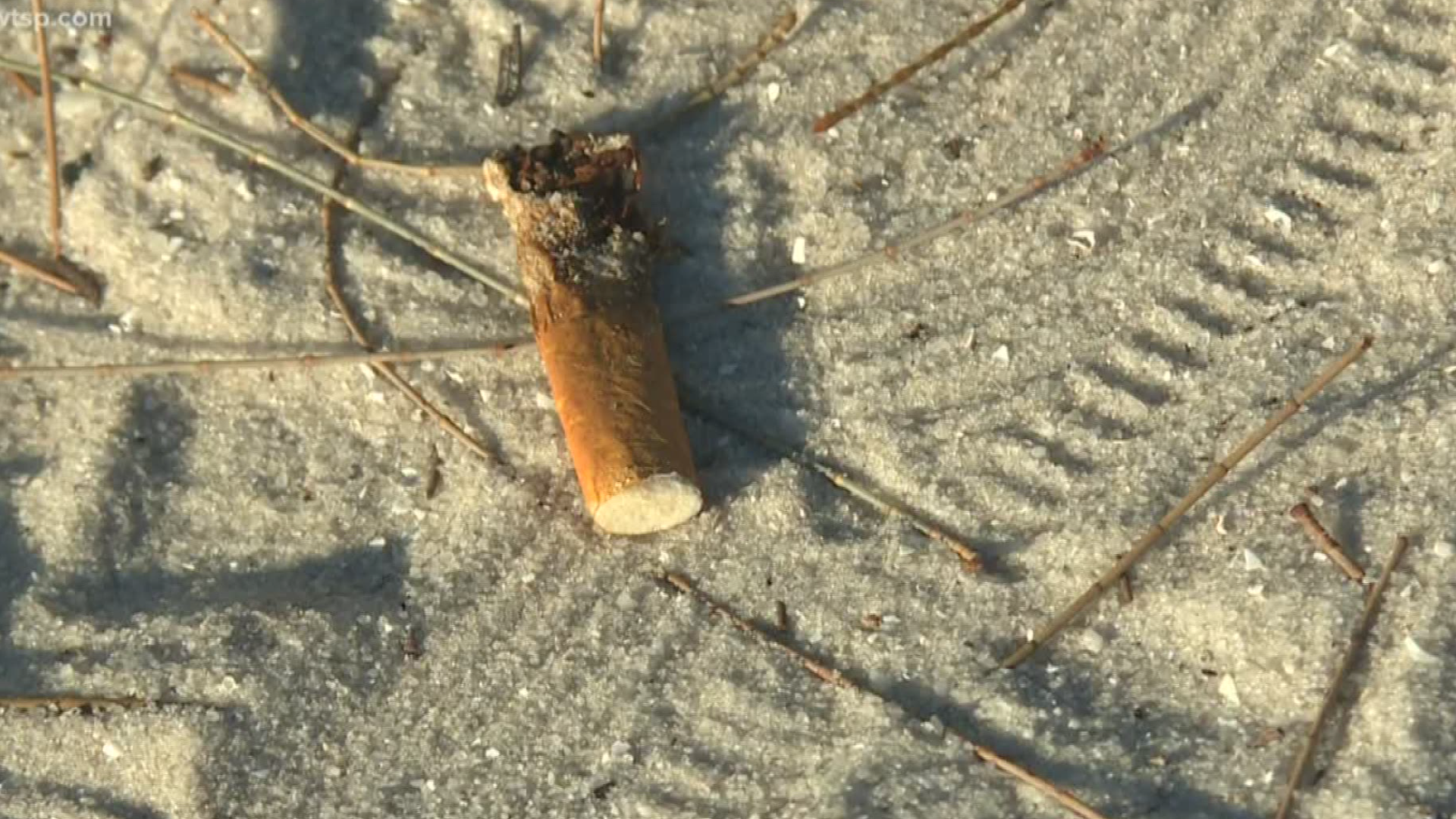 GULFPORT, Fla. — Cigarette butts are the most littered item on beaches across the country, including here in Florida.

One Florida senator is trying to change that with a new bill.

Senate Bill 670, if passed, lets counties make the decision about beaches and parks they own. It would also ban smoking in state parks. Sen. Joe Gruters, who represents Sarasota County and parts of Charlotte County, filed the bill last week.

J.P. Brooker with Ocean Conservancy supports the bill because of the environmental impact cigarette butts have on our beaches.

"Cigarette butts are fundamentally little fibrous strands of plastic, cellulose acetate. And when that gets into the environment it can break down, it can disperse into the water and into the sand," Brooker said. "It can have major negative impacts on sea turtles, on birds, on fish, on other wildlife.

"So it’s not just a hazard for your lungs, it’s not just ugly to look at on the beach. It’s also really impactful to Florida’s wildlife."

During Ocean Conservancy’s annual International Coastal Cleanup in 2018, a single day event, more than 190,000 cigarette butts were picked up on Florida beaches.

When the butts stay on the beach, they can create problems.

"And that plastic can break down in the natural environment. Saltwater can cause that strand of plastic, or those thousands of strands in an individual cigarette butt, to break down into tiny little nurdles of plastic that can then get into the food supply," Brooker said. "Fish eat it. It bio-accumulates in fish that we then eat.”

The potential damage extends beyond wildlife.

"And if the beaches are tainted with garbage, with plastic, if the wildlife is sick. If we’ve got dead fish, we’ve got dead birds, tourists aren’t going to come anymore. And our economy is fundamentally tied to that healthy ecosystem. And we want to make sure it remains healthy,” Brooker said. "So it’s a tremendous problem.

"It’s up there with single-use plastics like straws, and plastic bags, and cutlery, and it’s something that we really need to do something about."