Gulf of Mexico’s ‘dead zone’ larger than average this year

A "dead zone" is an area of low to no oxygen that can kill fish and other marine life. 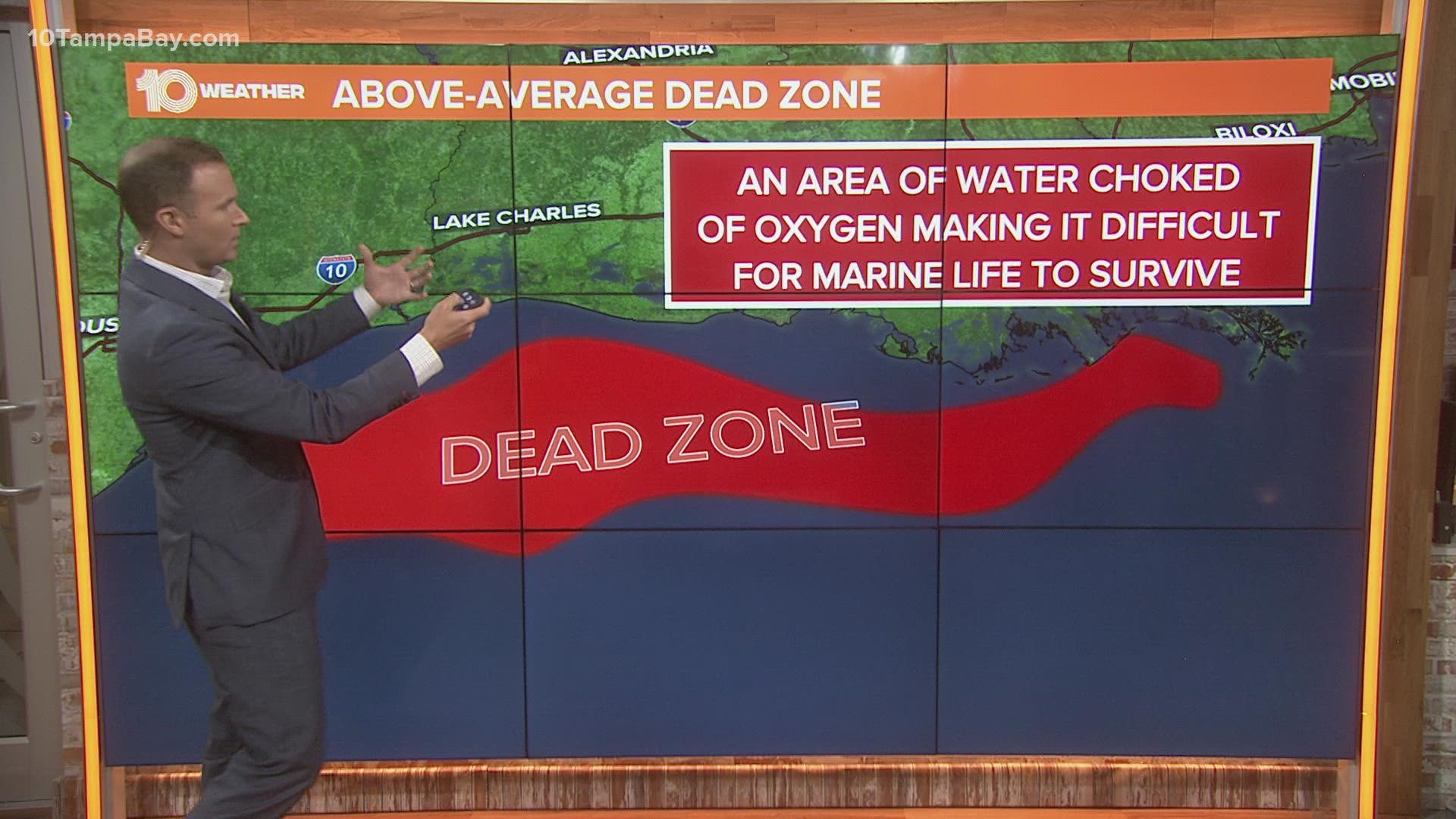 Researchers say this year’s Gulf of Mexico “dead zone” is larger than average.

A "dead zone" is an area of low to no oxygen that can kill fish and other marine life, according to the National Oceanic and Atmospheric Administration.

Scientists determined that the area off the coasts of Louisiana and Texas covers about 6,334 square miles.

That's bigger than the state of Connecticut, which measures at 5,543 square feet.

The average size of the area where there’s too little oxygen to support marine life has been 5,380 square miles over the past five years.

Officials said Tuesday that the area could have been larger than the average-sized zone it predicted in June because Mississippi River discharge that drained into the Gulf was above normal for the three weeks before the survey.

NOAA says these zones occur naturally, but scientists are concerned about the areas being driven by human activity. Nutrient pollution is mainly how humans create "dead zones" which can spur algae blooms, depleting the oxygen available for marine life.