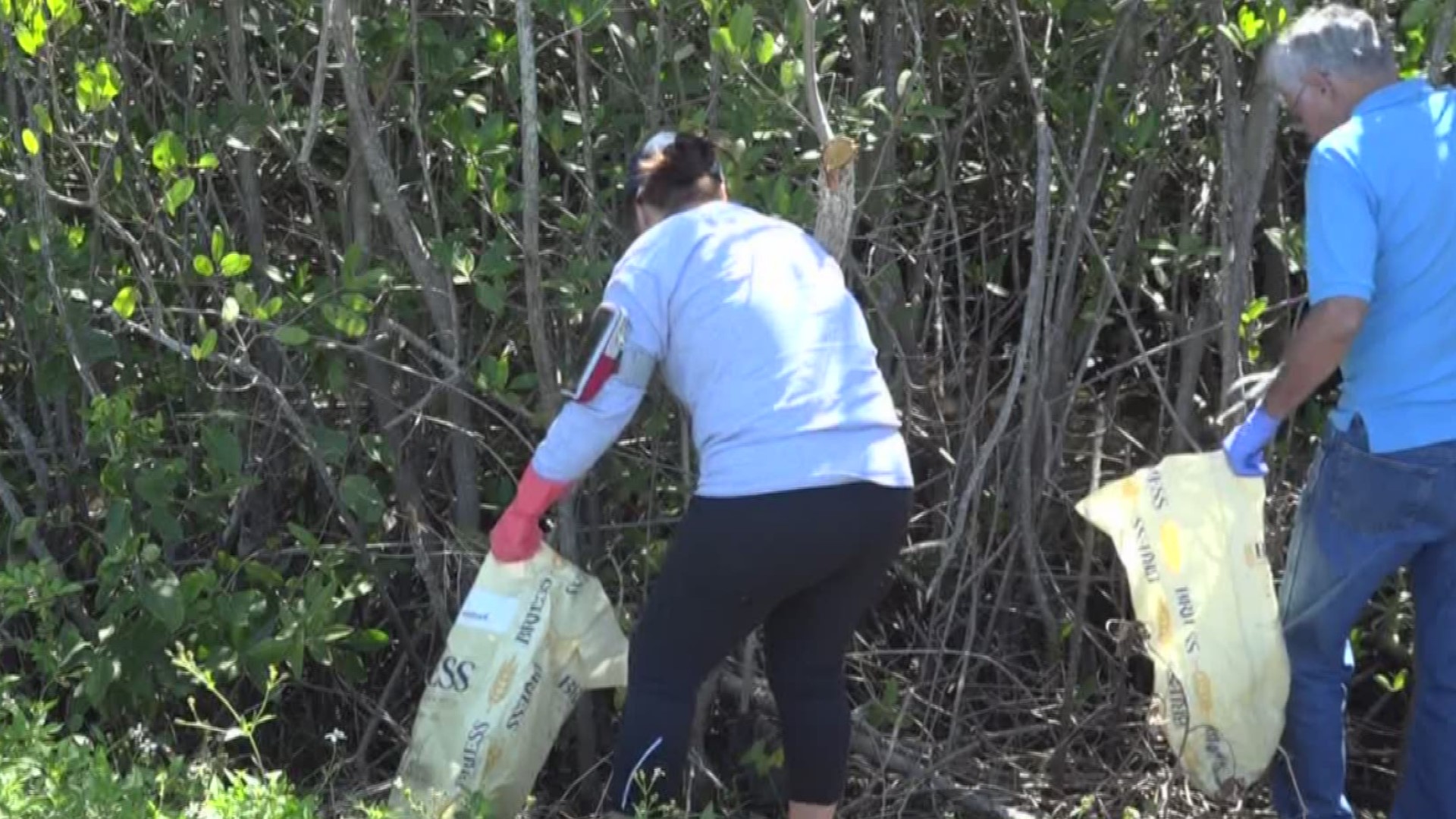 ST. PETERSBURG, Fla — On the 49th annual Earth Day, residents and leaders around the Tampa Bay area celebrated by cleaning up our beaches and parks.

Mayor Rick Kriseman was at Bartlett Park where Florida Conservation Voters and Tampa Bay Watch organized a cleanup effort. Around 25 volunteers picked up 272 pounds of trash, highlighting the need for park revitalization efforts.

“Our efforts need to be year-round. You know we talk here in St. Pete about having 361 days of sunshine; well we should be working 365 days, but at a minimum, those 361, not just one,” Kriseman said.

“Everybody can be involved in making a difference in their community. You don’t have to be a scientist or a government official to have an impact on your environment," he said.

And, of course, when one thinks of Florida, you think of beaches. Florida has the 2nd longest shoreline of any state in the U.S., only being beaten out by Alaska. That’s why another 23 volunteers headed to Clearwater beach.

The cleanup effort there was organized by Keep Pinellas Beautiful and the Pier 60 Sugar Sand Festival.

”We were here a few weeks ago for the Sea Turtle Awareness Day, and the volunteers there ended up finding 1,000 pounds of trash. So today, it’s been a few weeks, you know we have some spring breakers, people on vacation, and we have this festival going on, so I think we will still find a good amount of trash," said Megan Jackson, program manager at Keep Pinellas Beautiful.