The Conservation Foundation of the Gulf Coast says the headwaters are part of the Myakka Headwaters Preserve. 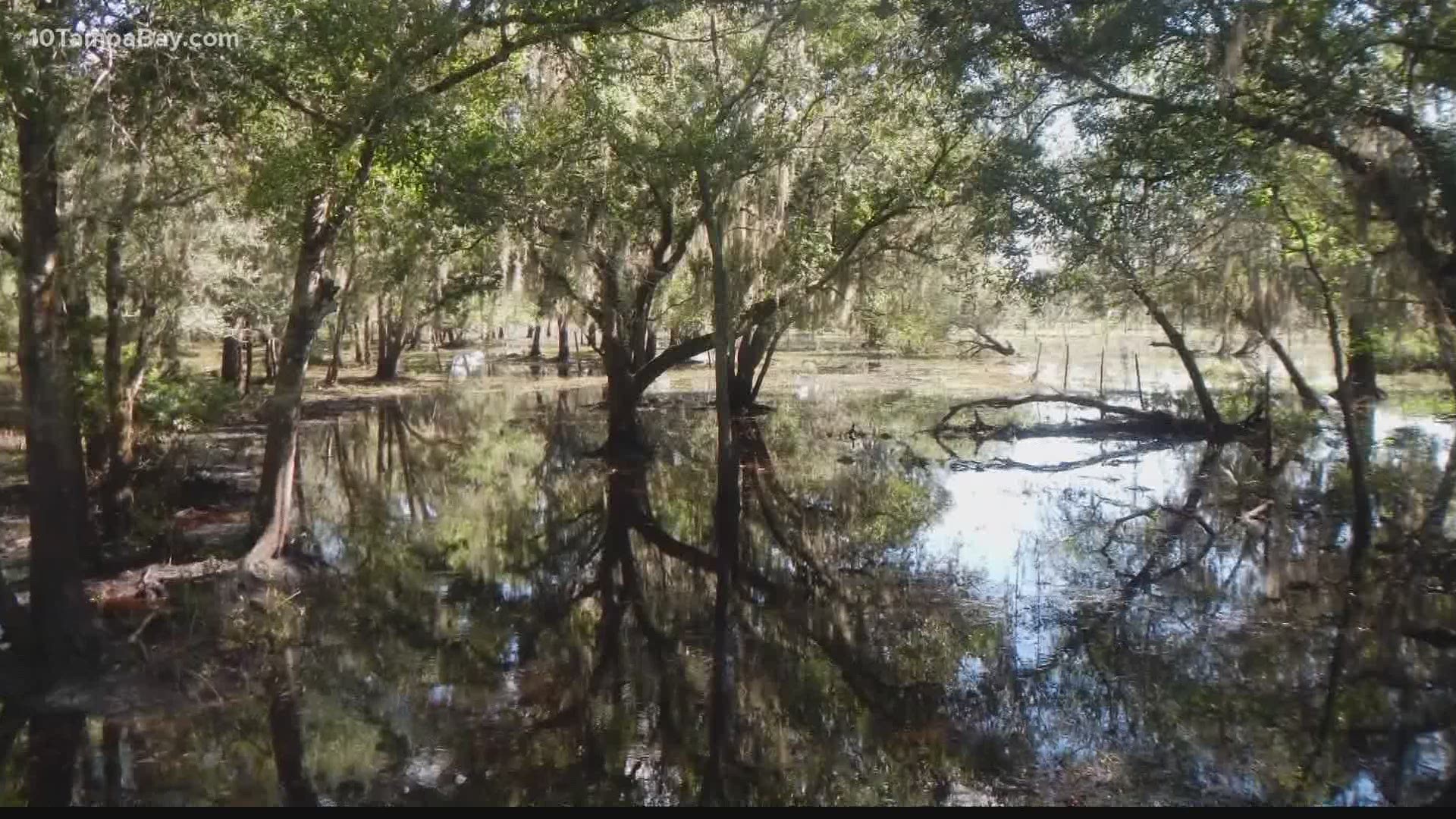 OSPREY, Fla. — A total of 363 acres near the headwaters of the Myakka River are now permanently protected as part of a new preserve, the Conservation Foundation of the Gulf Coast says.

The newly-named Myakka Headwaters Preserve protects the area where seven creeks converge into the Myakka River. The conservation foundation says the clear-flowing water "allows the creek bottoms to support submerged aquatic vegetation which are unable to grow in sunlight-blocked blackwaters found elsewhere on the Myakka."

The preserve is located next to the Flatford Swamp, a 2,300-acre forested wetland, which the conservation foundation says is the river's largest.

According to the conservation foundation, this particular area is full of many diverse habitats, which makes it an "exceptional part" of the river and "greater coastal Florida ecosystem." The floodplain forests in the preserve contain trees such as tupelo and red maple and support endangered orchids and air plants. A Florida-endangered flower found exclusively in 12 counties throughout the state, lowland loosestrife, are supported by the preserve's marshland, the conservation foundation says.

The preserve is also home to the gopher tortoise, a keystone species in Florida, as well as rare plants.

The Myakka River Land Fund of Manatee Community Foundation awarded $1.3 million to the "permanent protection of the Myakka Headwaters Preserve."

"Safeguarding this rare property is essential to the health of everything downstream," noted Christine Johnson, president of Conservation Foundation of the Gulf Coast. "We are grateful for the Myakka River Land Fund of the Manatee Community Foundation for protecting these rare lands for people and nature. Our quality of life depends on it."