Tahlequah and her new calf were spotted Tuesday evening near Point Roberts, Wash. 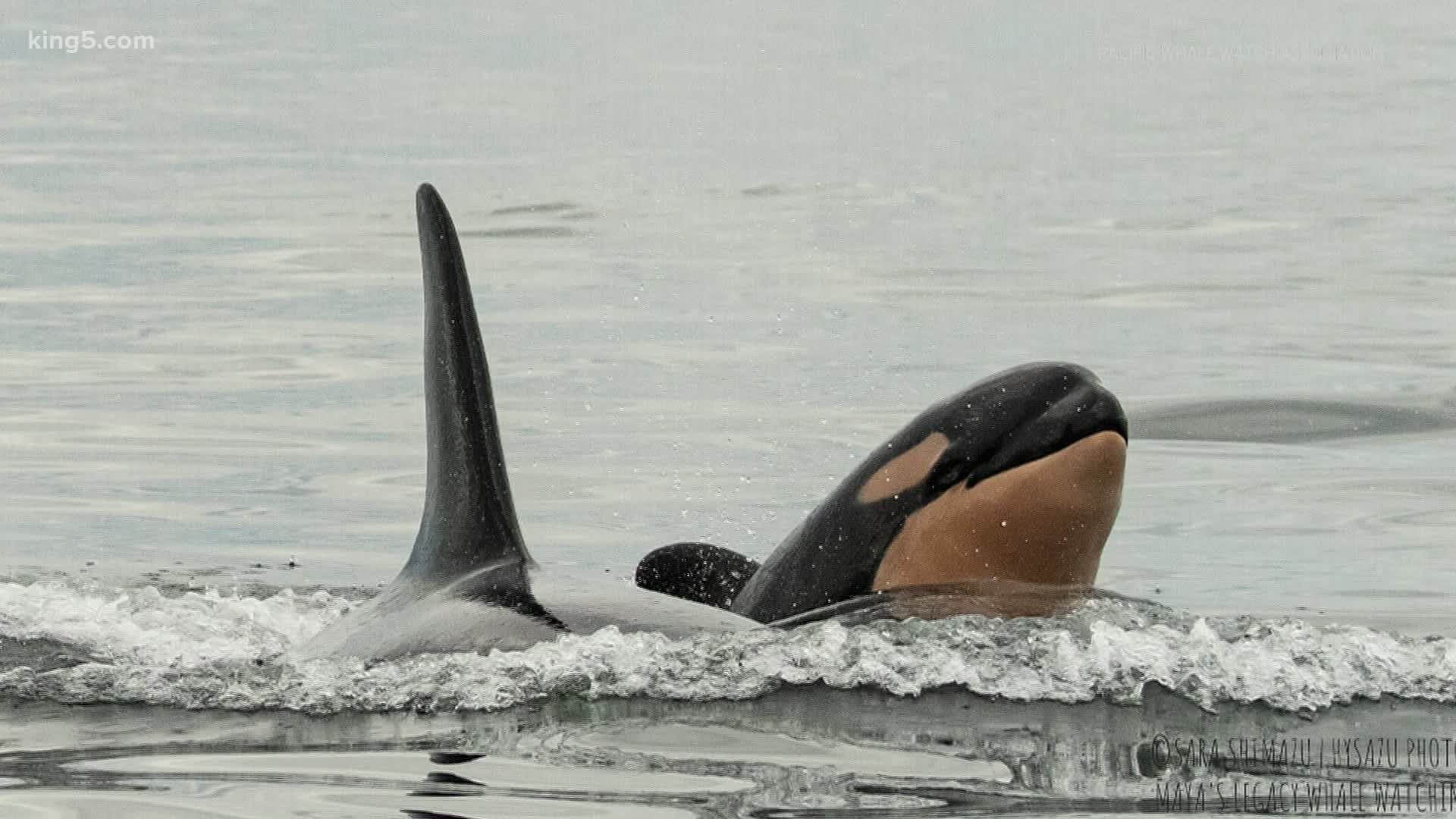 POINT ROBERTS, Wash. — The newest southern resident orca, J57, is a male, according to officials with the Center for Whale Research. Tahlequah, or J35, gave birth to J57 in early September.

Tahlequah gained national attention for carrying her dead calf for more than 1,000 miles for at least 17 days back in 2018. While experts have seen orcas mourn their offspring before, J35 clung to her calf for an unusually long period of time.

Tahlequah and her new calf were spotted Tuesday evening near Point Roberts, Wash. He was photographed rolling, spyhopping, and swimming alongside his mother, who was actively foraging for food, officials said.

The Center for Whale Research said while it's preferred that new calves are female to help sustain the southern resident orca's population, J57 is a welcome addition and is "robust and appears healthy."