The initiative comes at a time when the Tampa Bay area is being plagued by red tide and manatee deaths are on the rise. 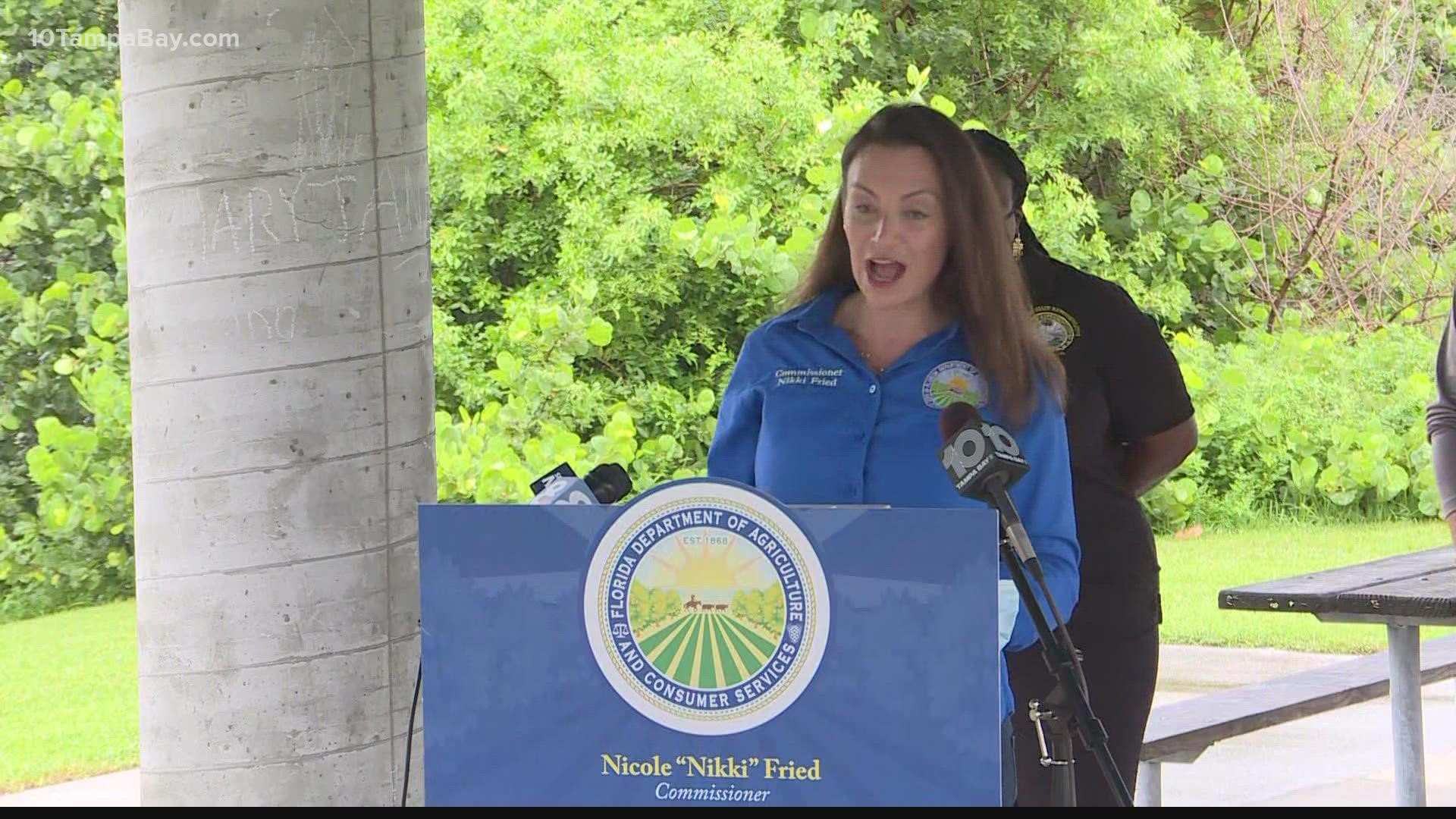 SARASOTA, Fla. — Editor's Note: The video in the player above is from Fried's second stop on her Clean Water Initiative tour.

"We are re-writing the rules when it comes to agriculture water policy in the state. Taking landmark action to increase accountability, transparency, and of course coordination," Fried said.

The initiative comes at a time when the Tampa Bay area is being plagued by red tide, the state is seeing a rise in manatee deaths and the aftermath of the Piney Point wastewater emergency is still being felt.

Fried says when she came into office she made a commitment to furthering clean water efforts in the state, but that too often partisan politics get in the way of protecting the environment.

Under the Clean Water Initiative, the Office of Agriculture Water Policy will reinvent its program to prioritize high-value projects and continue to employ more efficient nutrients and water usage practices, among other things.

According to Fried, the following first-ever practices will also be put in place under the initiative:

"From starting at zero when I came into office, to where we are today, making this announcement of the Office of Agriculture Water Policy Clean Water Initiative, we have come a long way," Fried said.

But she's not the only one running for governor that is putting the environment at the forefront.

"It’s every day Floridians who pay the price when red tide hits our shores, Everglades restoration falls through the cracks, or pollution fills our lakes and water supplies. Enough is enough. The “Clean Water for All” plan is just the first step in what’s to come for the betterment and environmental protection of our Florida,” Crist said, at the time.

As for Gov. Ron DeSantis, he's signed several environment-based legislation into law this year and set aside $100 million of the state budget to clean up the wastewater situation at the former Piney Point phosphate plant and ensure its closure.

In the past, he's called for the U.S. Army Corps of Engineers to reconsider the decision to make fewer releases from Lake Okeechobee during Florida's dry season. DeSantis also signed a law in 2019 that committed $18 million over the course of six years to the research and development of mitigation efforts related to red tide.