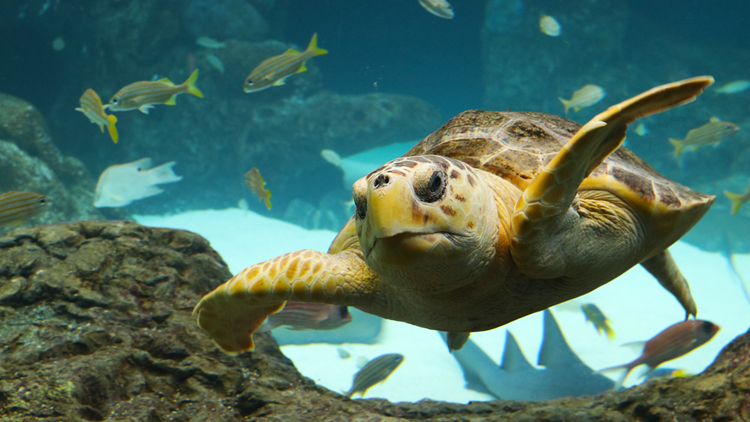 ST. PETERSBURG, Fla. — The National Marine Fisheries Service announced Tuesday the largest amount of settlement funds to date from the Deepwater Horizon oil spill will go toward restoring marine life that was harmed by the 87-days-long catastrophe.

Eleven workers on the oil rig died when it exploded in the Gulf of Mexico in 2010.

Rachel Sweeney, NOAA Office of Habitat Conservation, Deepwater Horizon Program Manager released the plan that has been months in the making.

Seven implementation groups including the Department of the Interior, The Department of Agriculture and the Environmental Protection Agency lead by NOAA will use funds from an $8.8 billion natural resource damage settlement with BP toward the effort.

“The plan funds 18 projects at an approximate cost of $226 million to help restore fish, sea turtles, marine mammals and deep-sea coral habitat injured by the 2010 Deepwater Horizon oil spill in the Gulf of Mexico,” Sweeney said in a telephone press conference.

The projects will include agencies working commercial fishermen to find and implement innovative ways to reduce the bycatch of fish and marine animals, according to Laurie Rounds, NOAA Office of Habitat Conservation Open Ocean Trustee Implementation Group Lead.

More efforts will focus on reducing bycatch of juvenile sea turtles, particularly in shrimping nets by making nets that they can escape from, and working with local organizations to protect sea turtle nesting habitats.

They will also "develop and implement tools and techniques to reduce injuries to marine animals caused by vessel collisions, ocean noise, and disasters both natural and human-caused," Rounds said.

Yet another goal is to increase understanding of deep-sea coral habitats in order to protect and restore them.

Sweeney says the time frame to implement all of this is not set, and some projects may take as long as a decade.

The explosion happened on April 10 and by the time the spill was capped on July 15, 4 million barrels of oil had spilled into the gulf, making it “the largest spill of oil in the history of marine oil drilling operations,” according to the EPA.

A 2019 report by NOAA says that more than 600 turtles, 150 whales and dolphins were found dead during the response to the oil spill.

That report says that in particular, the bottlenosed dolphins in Louisiana’s Barataria Bay, an area deeply affected by the oil spill “have lung damage and adrenal hormone abnormalities not previously seen in other dolphin populations."

RELATED: Coral reefs are dying. Here's why you should care.