The bloom stretches from Sanibel Island to Marco Island. 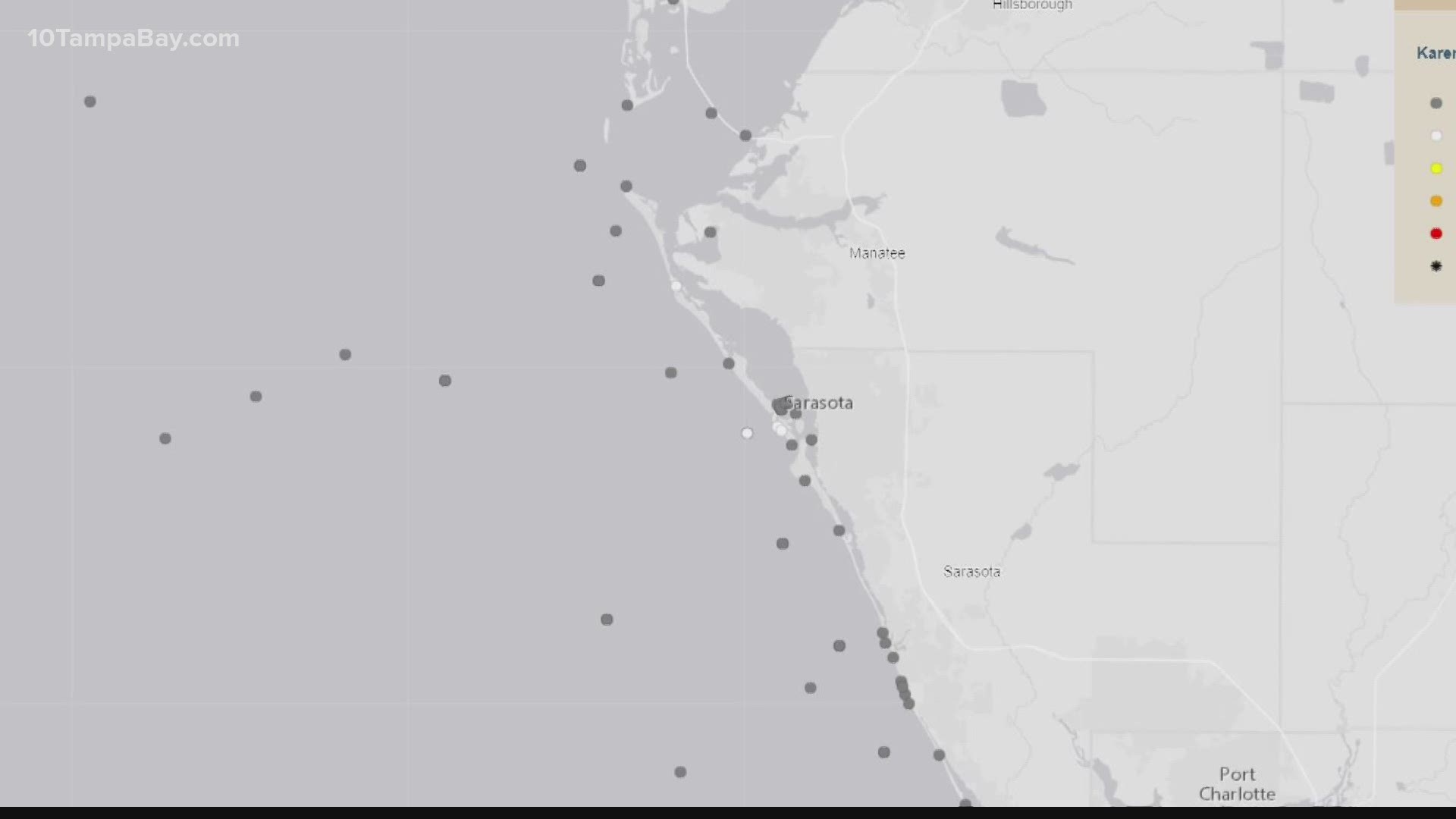 SANIBEL, Fla. — Editor's note: The photo above is from red tide's impact on Florida in 2018.

Red tide is back in the waters off of Florida’s southwest coast, making birds sick and killing fish.

The Florida Fish and Wildlife Conservation Commission made an announcement about the situation Wednesday. A map shows several pockets of low to high levels of Karenia brevis -- the organism that produces red tide.

While satellite imagery isn't picking up the toxic algal blooms, more than a dozen sea birds were brought to a wildlife rehabilitation center and all tested positive for red tide. Fish kills have also occurred in some areas.

The bloom stretches from Sanibel Island to Marco Island. The state, local governments and volunteers are monitoring the situation.

Winter weather could break up the bloom, but in the meantime, officials are trying to identify what areas are being affected.

What is red tide?

Red tide made headlines in 2018 as it caused problems for beachgoers, marine life and businesses around Florida.

Red tide is a “harmful algal bloom,” according to the National Oceanic and Atmospheric Administration.

The blooms happen when the colonies of algae start to grow out of control and produce powerful toxins that harm and even kill marine life, NOAA reports. People also can be affected by red tides. They can experience eye irritation, respiratory issues, asthma and in rare occurrences, death.

If your skin is prone to irritation, you should definitely avoid water where red tide is reported. And, if you do get irritated after swimming in red tide, get out right away and thoroughly rinse yourself with fresh water. People with respiratory issues like asthma or bronchitis should definitely avoid red tide areas -- especially when winds are blowing ashore, according to Florida health officials.

If you begin to experience respiratory problems, leave the beach right away and find air conditioning. If your condition worsens, see a doctor.

Pets can be affected by red tide, too. If you live near the beach, think about taking your animals inside to prevent respiratory irritation. And, if you're at the beach, don't allow your pets to play with dead fish or foam.

In Florida, the most well-known red-tide-causing organism is known as Karenia brevis, which blooms in the Gulf of Mexico almost every year -- usually in late spring or early fall, according to the FWC.

Red tide can last anywhere from a few weeks to longer than a year, depending on wind, water, currents, sunlight and other factors.