The Tijuana River valley looks like a river of trash, filled with plastic when it rains. This is a decades-old problem, but WILDCOAST is doing something about it. 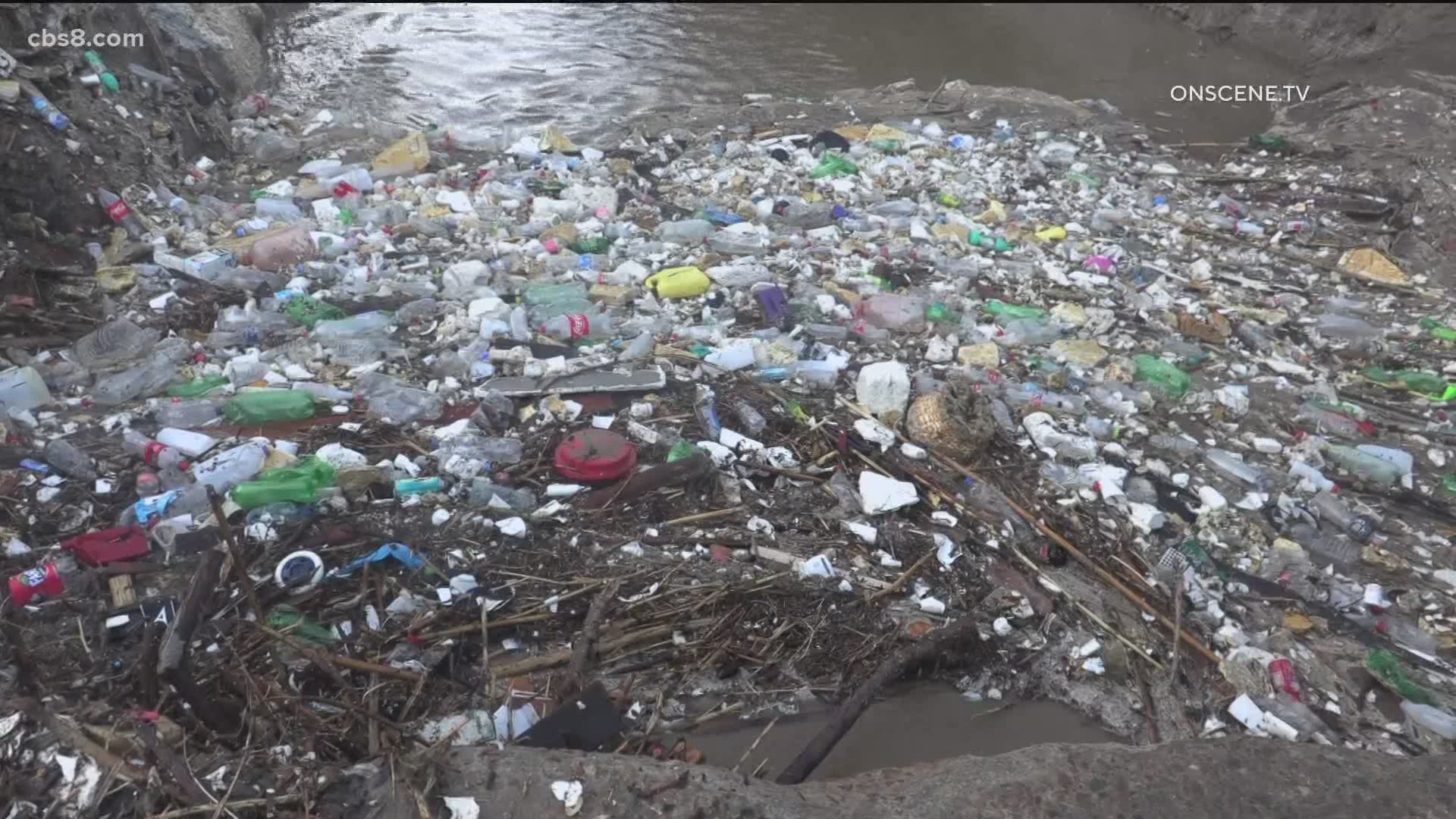 IMPERIAL BEACH, Calif. — One week ago, an environmental group based in Imperial Beach called WILDCOAST installed a trash catch system called a trash boom. And it is working, but there is a long way to go.

"The trash boom is working marvelous. It is stopping the trash there is no trash passing through the other side, so we will take the trash out every week so nothing will pass to the other side," said Fay Crevoshay, with WILDCOAST.

The trash boom is located at the Los Laureles Canyon in Tijuana, Mexico. As of two days ago, it already captured more than 2,000 lbs. of ocean-bound litter before it was able to reach the local watershed and Pacific Ocean.

"We had from the first rain only 65 tires, now much more than that, tires come down a lot," said Crevoshay. "Bags, bottles, food packages. There's also toys and all kinds of stuff,"

There are many tributaries that flow into the Tijuana river, but this effort by WILDCOAST is a good start.

The trash boom and the installation was paid for by grants. It is a barrel-like flotation device that catches trash with steel mesh in the water, under the device. The Tijuana River is still filled with trash after these recent storms.

A volunteer with the non-profit, Citizens Oversight lives in Tecate, Mexico and said that the pollution problem has a long way to go her point of view.

"I saw it was full with water, sewer water. It's pretty bad," said Veronica Lavarello, a volunteer with Citizens' Oversight.

And COVID-19 has made the litter buildup worse.

WILDCOAST said it plans on installing more of these trash booms in other areas as well. It will help, but both groups agree that more education needs to be done south of the border to change behaviors there, especially when it comes to using single-use plastics.