The trial is the first of its kind in the U.S. 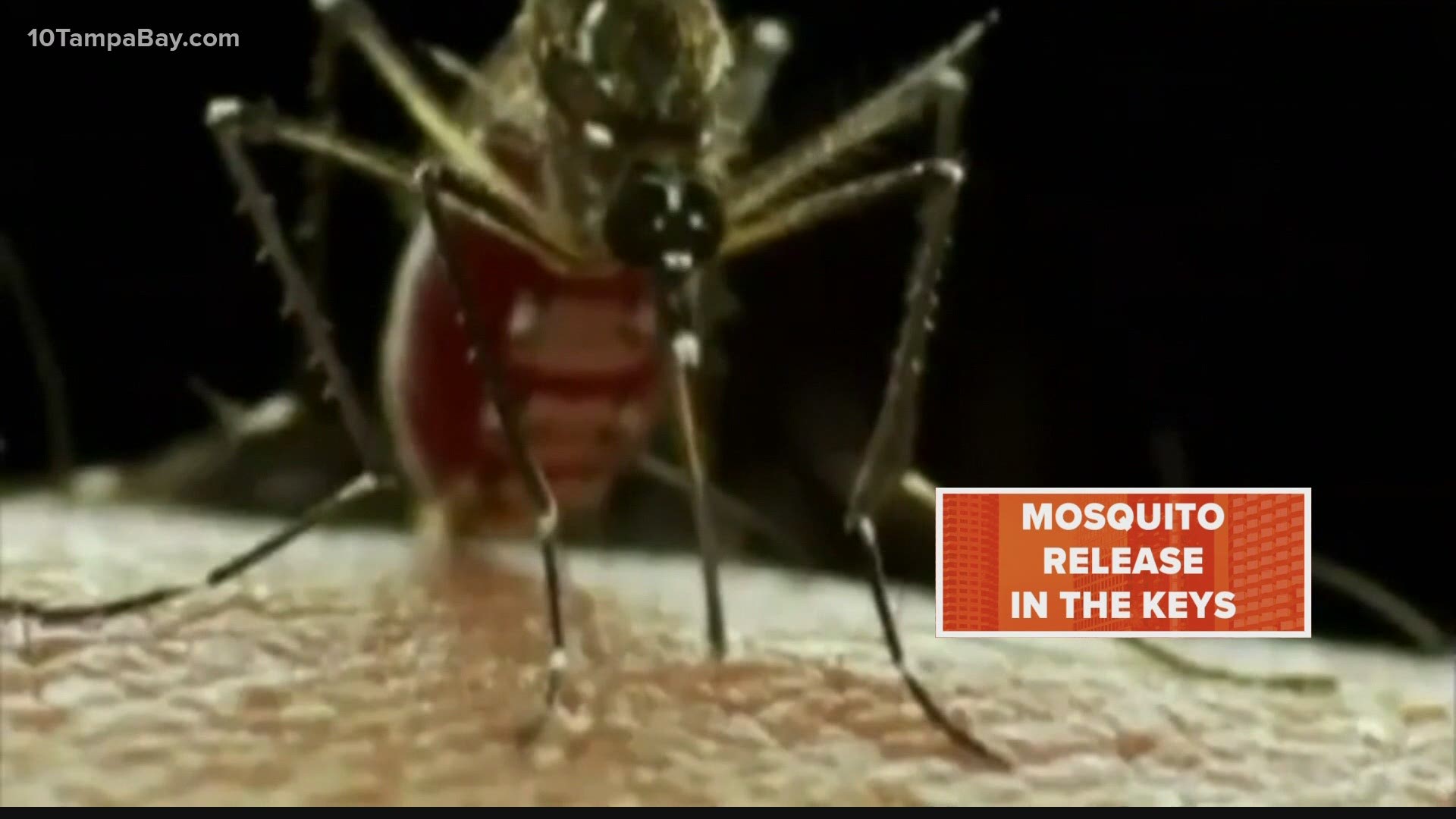 A handful of boxes filled with thousands of genetically modified mosquitoes will be scattered throughout the Florida Keys this week, as scientists try to find ways to combat the insect's ability to transmit diseases.

Female Aedes aegypti mosquitoes are known for being the main transmitters of several viral diseases, like dengue and Zika. The genetically modified non-biting male mosquitoes will breed with females in hopes that their offspring won't survive.

RELATED: Mosquitoes carrying the Zika virus could be resistant to insecticides, study finds

The project has been years in the making. In 2016, nearly 60 percent of Keys voters approved a referendum that allowed for the mosquito release to happen. However, there was still pushback.

After months of testing and approvals from the Environmental Protection Agency and Florida's Department of Agriculture and Consumer Services, the UK-based biotech company Oxitec was given the OK to move forward with its first trial last year.

According to Oxitec, the Aedes aegypti mosquito makes up just four percent of the mosquito population in the Florida Keys, but it's responsible for nearly all mosquito-borne diseases that are transmitted to humans.

The company says almost 12,000 mosquitoes will be released each week over the next three months.