We received photos of the comet from the National Weather Service while they were doing their weather balloon watch. 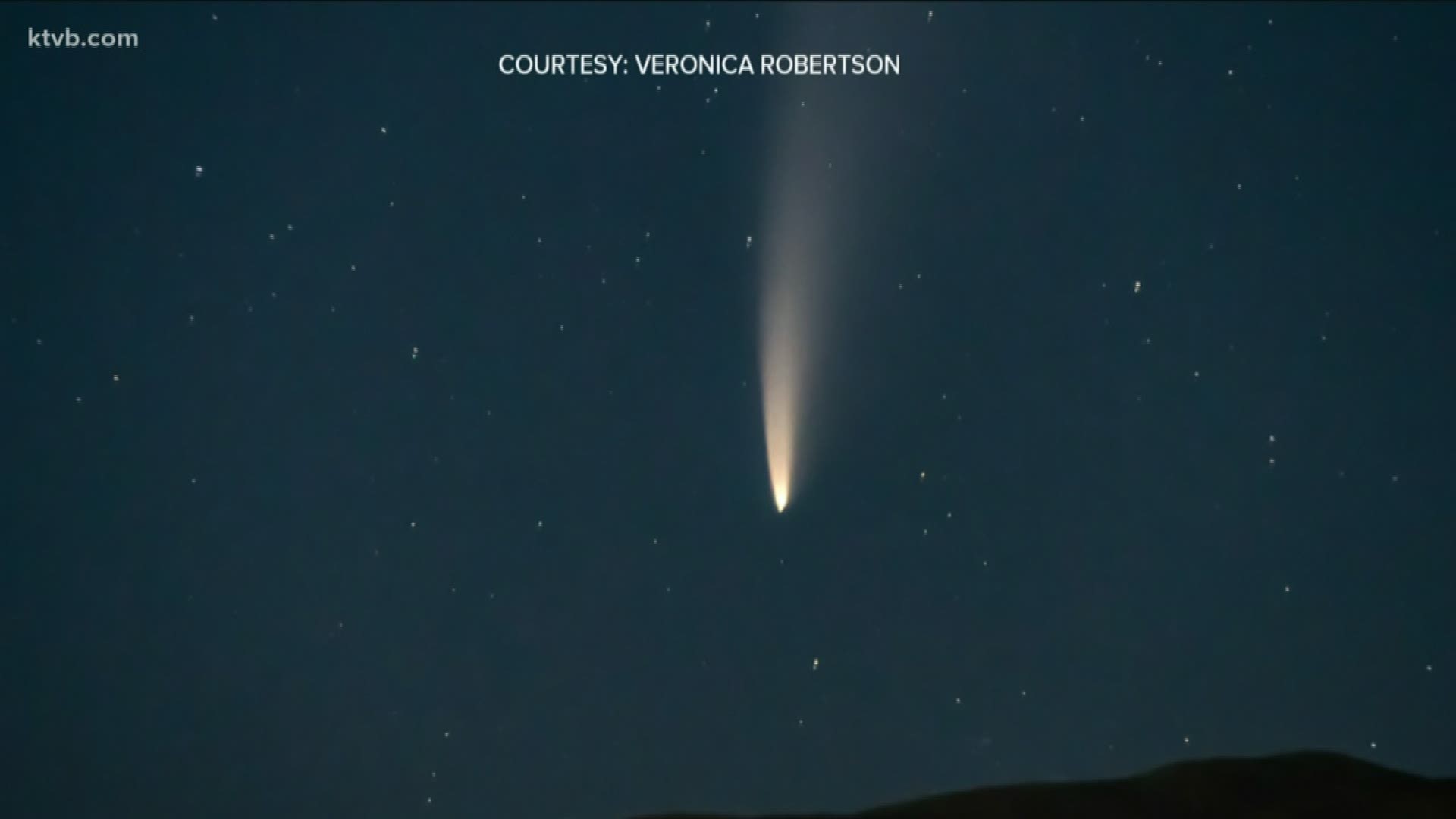 BOISE, Idaho — Have you seen the Neowise Comet yet?

This incredible sight has been spotted in the Boise area between 4 and 5 a.m.

We received pictures from the National Weather Service office in Boise.

They were able to get these pictures while they were doing their weather balloon watch.

She was able to capture stunning photos while looking towards the Boise Foothills.

1 / 5
NWS
The Comet Neowise is seen about the Boise Foothills. Photo provided by the National Weather Service.

Here is what the Associated Press had to say about the comet:

A newly discovered comet is streaking past Earth, providing a stunning nighttime show after buzzing the sun and expanding its tail.

Comet Neowise was spotted by the NASA space telescope bearing that name in March.

The celestial snowball swept within Mercury's orbit a week ago.

Its close proximity to the sun caused dust and gas to burn off its surface and create an even bigger debris tail.

NASA says the comet is about 3 miles across.

It will be visible across the Northern Hemisphere until mid-August, when it heads back toward the outer solar system.