UCLA bioengineers say the device they created is inexpensive, flexible and highly durable. 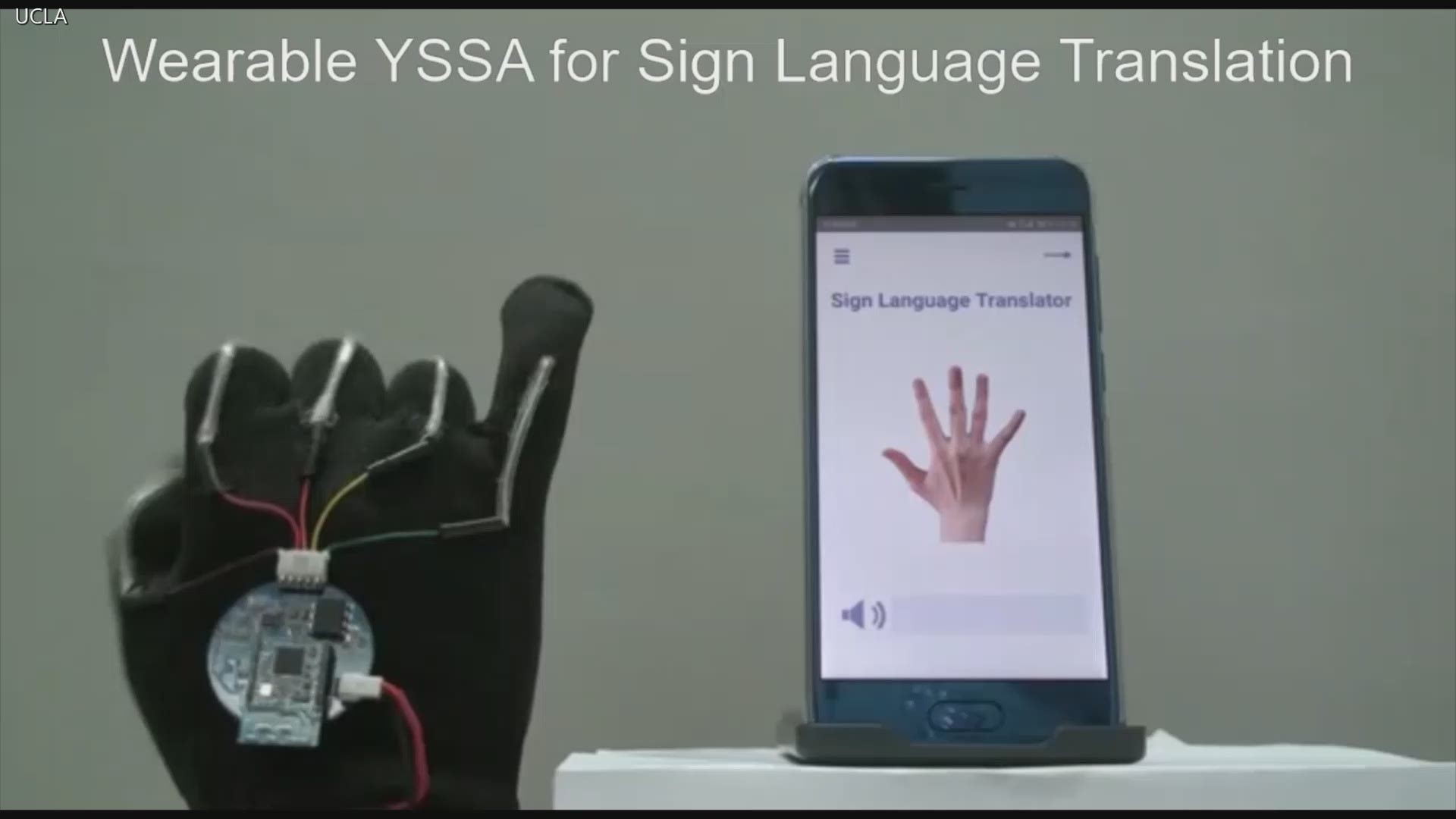 LOS ANGELES — Translating American Sign Langauge into speech in real-time? There's an app -- and glove -- for that!

UCLA bioengineers designed a glove-like device with thin, stretchable sensors that run along the finger. The sensors, made from electrically conducting yarns, pick up hand motions and finger placements that stand for individual letters, numbers, words and phrases. Their research has been published in the journal Nature Electronics.

The finger movements send electrical signals through the device which are fed to a smartphone that translates them into spoken words. The University says the translate rate is about one word per second.

The UCLA team says the device is made to be inexpensive and lightweight but last a long time.

“Our hope is that this opens up an easy way for people who use sign language to communicate directly with non-signers without needing someone else to translate for them,” said Jun Chen, an assistant professor of bioengineering at the UCLA Samueli School of Engineering and the principal investigator on the research. “In addition, we hope it can help more people learn sign language themselves.”

When testing the device, researchers worked with four people who are deaf and use American Sign Language. The system developed from research recognized 660 signs, including each letter of the alphabet and numbers 0 through 9.

UCLA has filed a patent for the technology. It's not quite ready to be sold in stores yet, however. A commercial model based on this technology would require added vocabulary and an even faster translation time, Chen said.

Credit: UCLA
UCLA bioengineers have designed a glove-like device that can translate American Sign Language into English speech in real-time through a smartphone app.

RELATED: Green glow spotted around Mars for the first time