How to watch the 'unicorn meteor shower' in Tampa Bay

Hundreds of shooting stars may be visible as Earth plows through the dusty tail of an unidentified comet. 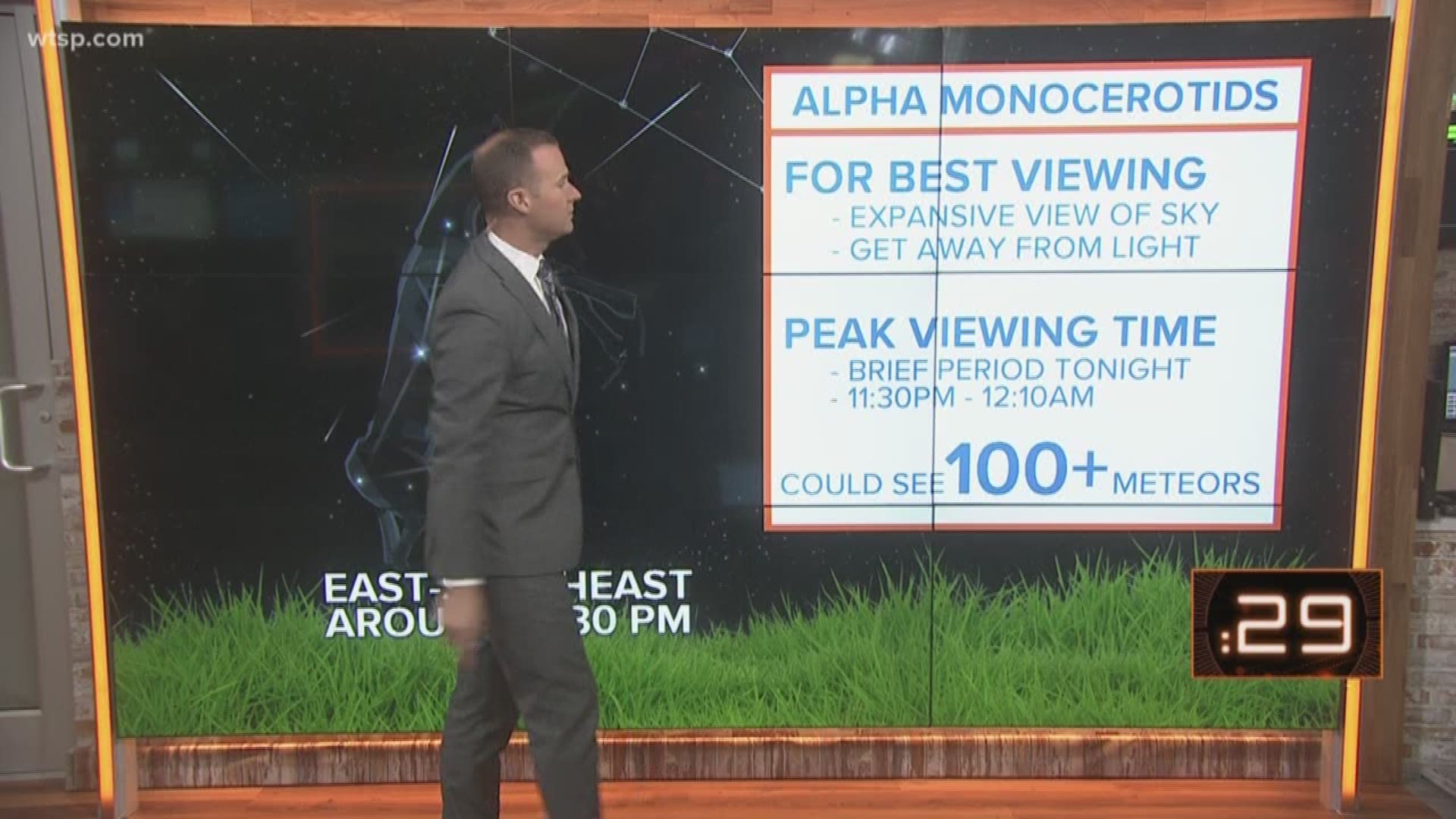 ST. PETERSBURG, Fla. — Thursday night, scientists say there will be a rare meteor outburst that could be brief, but intense.

Unlike annual meteor showers, the rare alpha Monocerotids could produce hundreds of shooting stars. However, the sky show is not a guarantee and the meteor shower may not even last 40 minutes.

The peak viewing time is expected from 11:30 p.m. to just after midnight. Those with the best views will be in South America and the eastern half of North America.

Most of Florida, except the Panhandle area, is under "good" viewing conditions.

The alpha Monocerotids are named after the constellation Monoceros, "unicorn" in Greek. The shooting stars will come from an unidentified comet as Earth plows through its dusty tail.

The most recent alpha Monocerotids shower came in 1995, where meteors were detected at about 5 or 6 per minute. The rare shower was observed on only three other occasions in recorded history: 1925, 1935 and 1985, according to Space.com.

The two said anyone who wants to see this rare occurrence should head outside as soon as possible during the peak viewing period. While the shower could fill the sky with shooting stars, it's very possible the event will be brief.