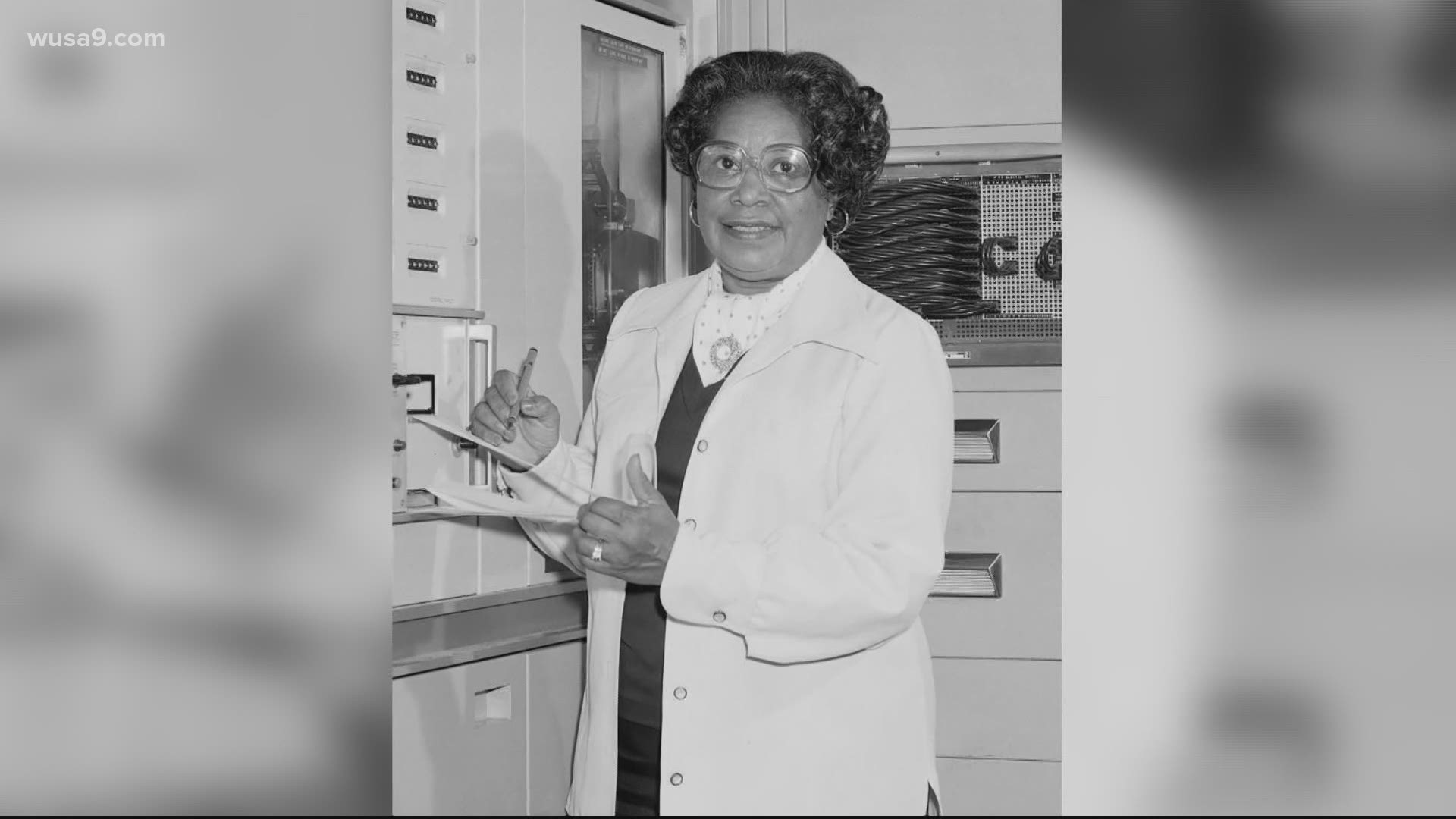 In a ceremony Friday, NASA unveiled the new sign bearing Jackson's name that will reside outside its headquarters in D.C. The ceremony also honored Jackson's contributions to NASA and the legacy she left behind.

"We're here to pay tribute to a person who blazed trails, but didn't boast," Clayton Turner, director of NASA's Langley Research Center said during the ceremony. "A high achiever who never sought attention or accolades. Instead, she used her success to help countless others to follow in her footsteps. She helped others find their path forward."

Mary Jackson was recruited by the National Advisory Committee for Aeronautics in 1951, a federal agency that was later replaced by NASA in 1958.

After she graduated from Hampton Institute in 1942 with a dual degree in math and physical sciences, she became a math teacher in Maryland. She married and started her family there before taking a job as a U.S. Army secretary.

After starting at NACA, she began working under fellow "Hidden Figure" Dorothy Vaughn as a research mathematician at Langley Research Center.

After two years worth of experience working in the research center, she was offered to work on a Supersonic Pressure Tunnel, which was a wind tunnel capable of blasting models with winds twice the speed of sound.

Eventually, Jackson's supervisor suggested she start a training program that would promote her from mathematician to engineer. She completed that program at then-segregated Hampton High School and finally became NASA's first Black engineer in 1958.

During her career as an engineer, she authored and co-authored a number of research reports, mostly on the boundary layer of air around airplanes. She joined Langley's Federal Women's Program in 1979 where she encouraged the hiring of more female engineers. She retired from Langley in 1985.

RELATED: NASA headquarters in D.C. to be named after 'Hidden Figure' Mary Jackson

In 2016, the hit movie Hidden Figures was released which was based on the book “Hidden Figures: The American Dream and the Untold Story of the Black Women Mathematicians Who Helped Win the Space Race" by Margot Lee Shetterly.

Her work was depicted in the film alongside that of fellow NASA mathematician and human-computer Katherine Johnson. Actor and songwriter Janelle Monae played Jackson in the film.

A state-of-the-art research facility at Langley was dedicated to Jackson in 2017, where Katherine Johnson was present.