More than 100 years later, the pioneers of flight had a large impact on the space agency's historic moment. 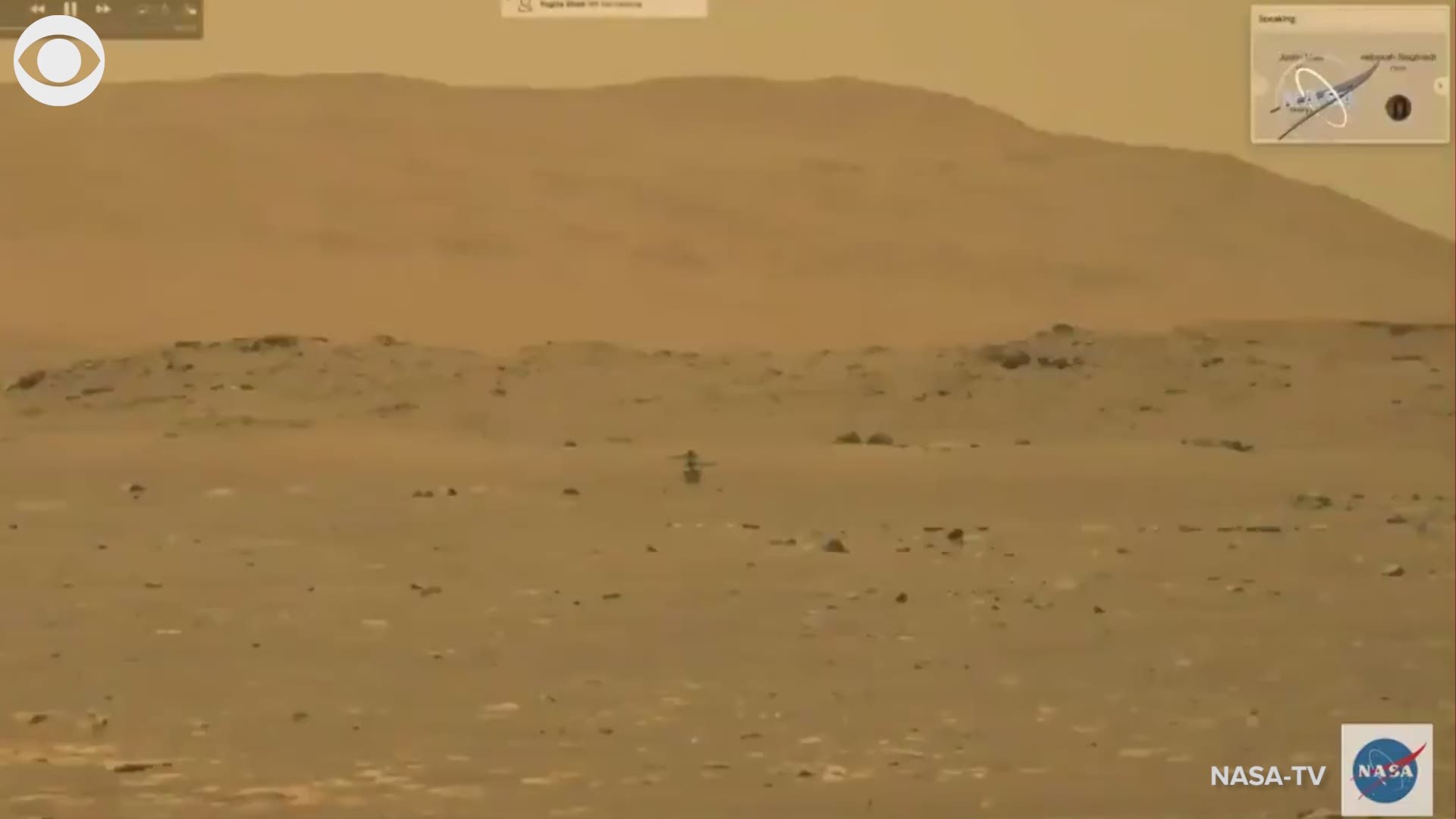 A part of Mars will forever be dedicated to the pioneers of flight-- the Wright brothers.

NASA announced Monday, after its helicopter Ingenuity successfully completed the first-ever powered, controlled flight on another planet, that the site at Jezero Crater will be called "Wright Brothers Field."

"It relates this to a story that's 117 years apart and 173 million miles apart. A story that actually started even earlier with a little toy that a father brought home to two kids," Associate Administrator for the Science Mission Directorate, Dr. Thomas Zurbuchen said after analyzing a mid-flight photo.

The Wright brothers led the way for missions like NASA's thanks to a history-making moment of their own in 1903 when they completed the first controlled flight on Earth.

"We are so excited to have these two stories, the story of Ingenuity and their team related to the Wright Brothers," Zurbuchen said.

That’s the name of the site where the #MarsHelicopter took its first flight, and it's in honor of aviation pioneers Orville and Wilbur Wright, says our head of NASA science missions @Dr_ThomasZ. pic.twitter.com/k48thbXXIj

The connection between the two historic moments is something the NASA JPL team has been proud of from the start.  A small swatch of fabric that covered the wing of the Wright brother's first aircraft flew to the red planet aboard the Mars helicopter back in February.

"An insulative tape was used to wrap the small swatch of fabric around a cable located underneath the helicopter’s solar panel," NASA wrote.

In the end, it looks like the brother's "ingenuity" mixed with technological advancements at the space agency gave its Mars helicopter the "Wright" stuff to soar over the dusty Martian surface. You can catch the history-making moment here.