The video uses data from a lunar orbiter to recreate what the Apollo 13 astronauts saw on their mission in 1970. 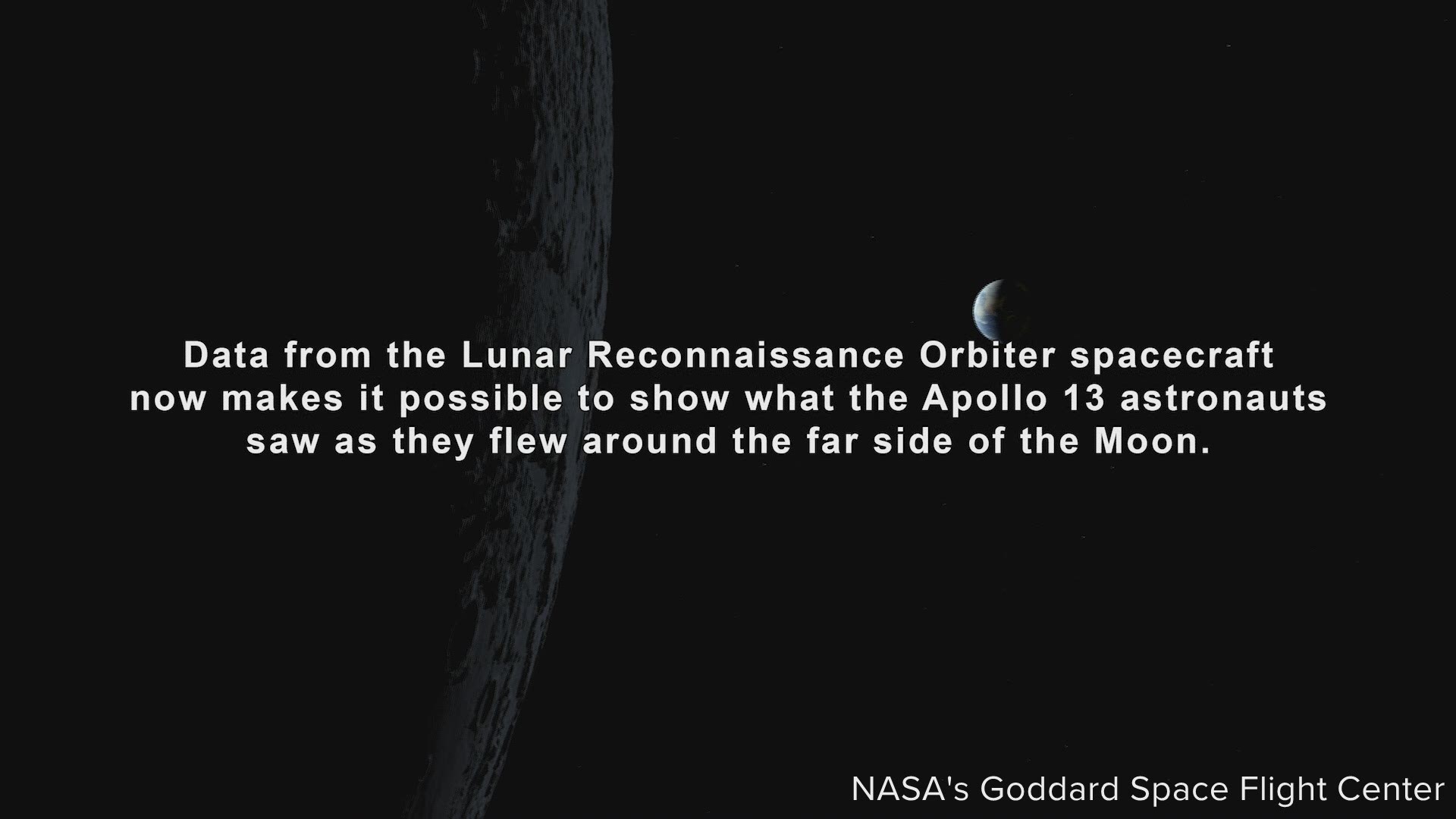 Almost 50 years after the Apollo 13 crew looped around the Moon, NASA released a new 4K video showing what the astronauts saw during their mission.

The video begins with an Earthset and sunrise using data from the Lunar Reconnaissance Orbiter spacecraft. As the crew flew around the far side of the Moon, they lost contact with Mission Control on Earth.

NASA said the astronauts were in complete darkness for eight minutes between Earthset and sunrise. Then, the gray, cratered lunar surface comes into view.

For about a minute, the video gets you up close and personal with the Moon as music plays in the background. Then, the Earth comes into view.

The video ends by showing the route Apollo 13 took around the moon. During the mission, astronauts James Lovell, Fred Haise and John Swigert planned to land on the moon but weren't able to when they lost the use of an oxygen tank.

Swigert famously said, "Houston, we've had a problem here," during the mission.

The crew safely returned to Earth after circling the Moon.

RELATED: Here's how you can experience the Apollo 13 mission in real-time

RELATED: Apollo 13 by the numbers