William Shatner is the oldest person to fly into space. Who came before him?

Just a few months before Shatner blasted off with Blue Origin's second suborbital flight, another astronaut made history. 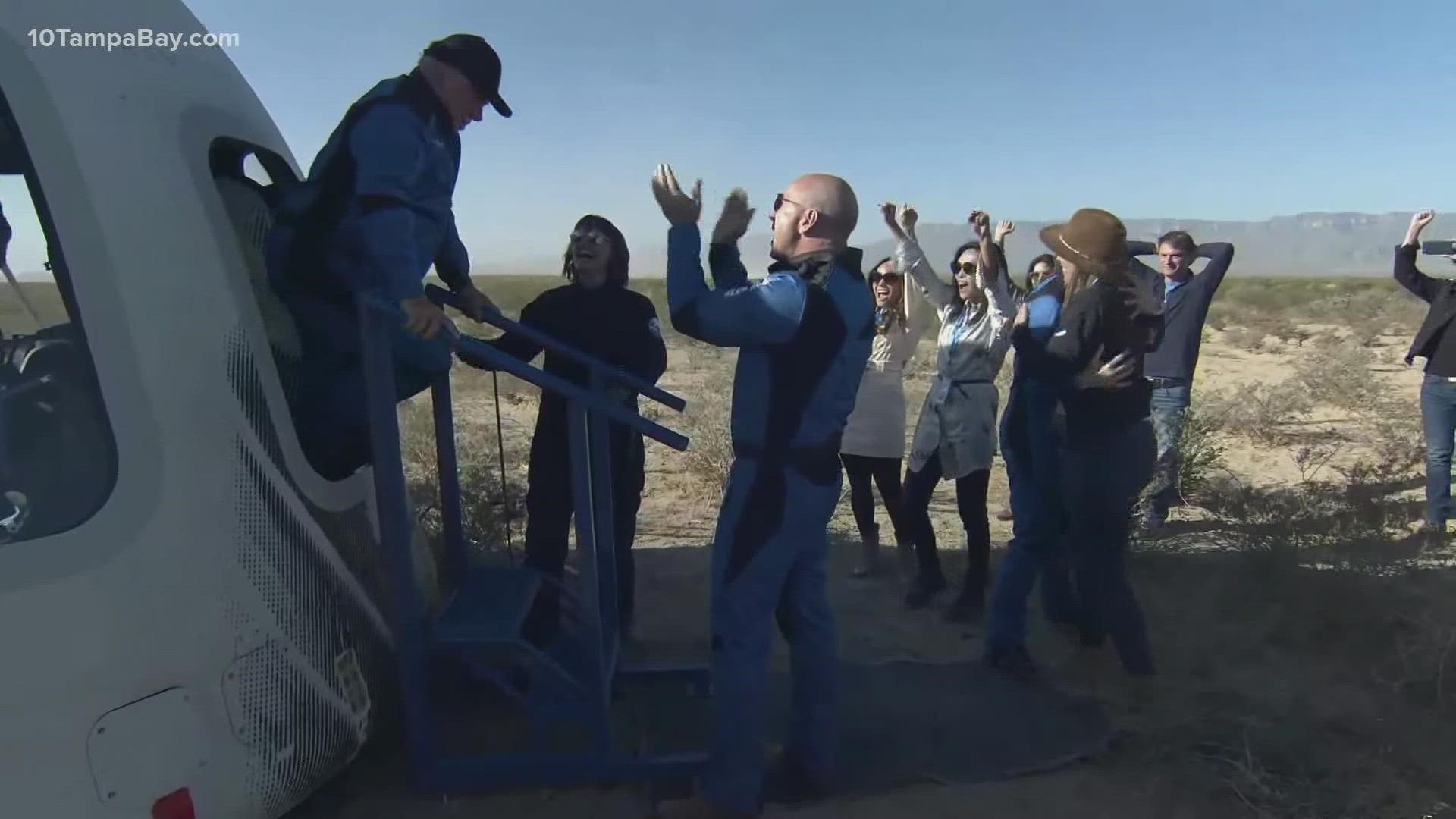 He hitched a ride to the final frontier aboard Blue Origin's New Shepard rocket for a suborbital flight.

"I'm so filled with emotion," he said after stepping back onto Earth after his flight, describing his awe and amazement, adding he hopes he "never recover[s] from this."

The Canadian actor, most well known for his role in "Star Trek" as Captain James T. Kirk, secured a seat on the Jeff Bezos-backed space company's second suborbital sightseeing flight.

After a successful flight and safe landing, Shatner tweeted, "I do not know what I may appear to the world, but to myself I seem to have been only like a boy playing on the seashore, diverting myself in now & then finding a smoother pebble or a prettier shell than ordinary, whilst the great ocean of truther lay all undiscovered before me."

I do not know what I may appear to the world, but to myself I seem to have been only like a boy playing on the seashore, diverting myself in now & then finding a smoother pebble or a prettier shell than ordinary, whilst the great ocean of truth lay all undiscovered before me.🚀 pic.twitter.com/ZY2Ka8ij7z

Although Shatner is now the world's oldest person to fly into space, there have been others who have proven that age is just a number, even when it comes to space travel.

More than 50 years after being passed up as an astronaut, Wally Funk got her moment in space in 2021 at the age of 82.

She joined Jeff Bezos on the maiden crewed flight of Blue Origin's New Shepard rocket. When she flew above Earth's atmosphere, she made history as the world's oldest astronaut. Her flight was on July 20.

Before punching through the atmosphere inside a space capsule, Funk was already a trailblazer.

She was one of the so-called Mercury 13, a group of seven women who aspired to travel beyond Earth's atmosphere in the 1960s. At the time, NASA was looking for astronauts for the first human spaceflight program in the U.S.

While the group of women trained to become astronauts, they were ultimately asked to step aside when all men were chosen to put America in the space race.

RELATED: After being passed up as an astronaut more than a half-century, aviation pioneer Wally Funk will get her moment in space

Before Funk and Shatner, John Glenn held the title of the oldest person in space.

When he was 77, the first American to orbit Earth returned to space as a payload specialist aboard the space shuttle Discovery, according to History.

His nine-day mission served as part of a NASA study on health problems associated with aging, NASA says.

In 1959, Glenn picked in NASA's first group of astronauts, the Mercury Seven. In 1962, aboard "Friendship 7," he became the first American to orbit the Earth, spending about five hours in space, according to NASA. 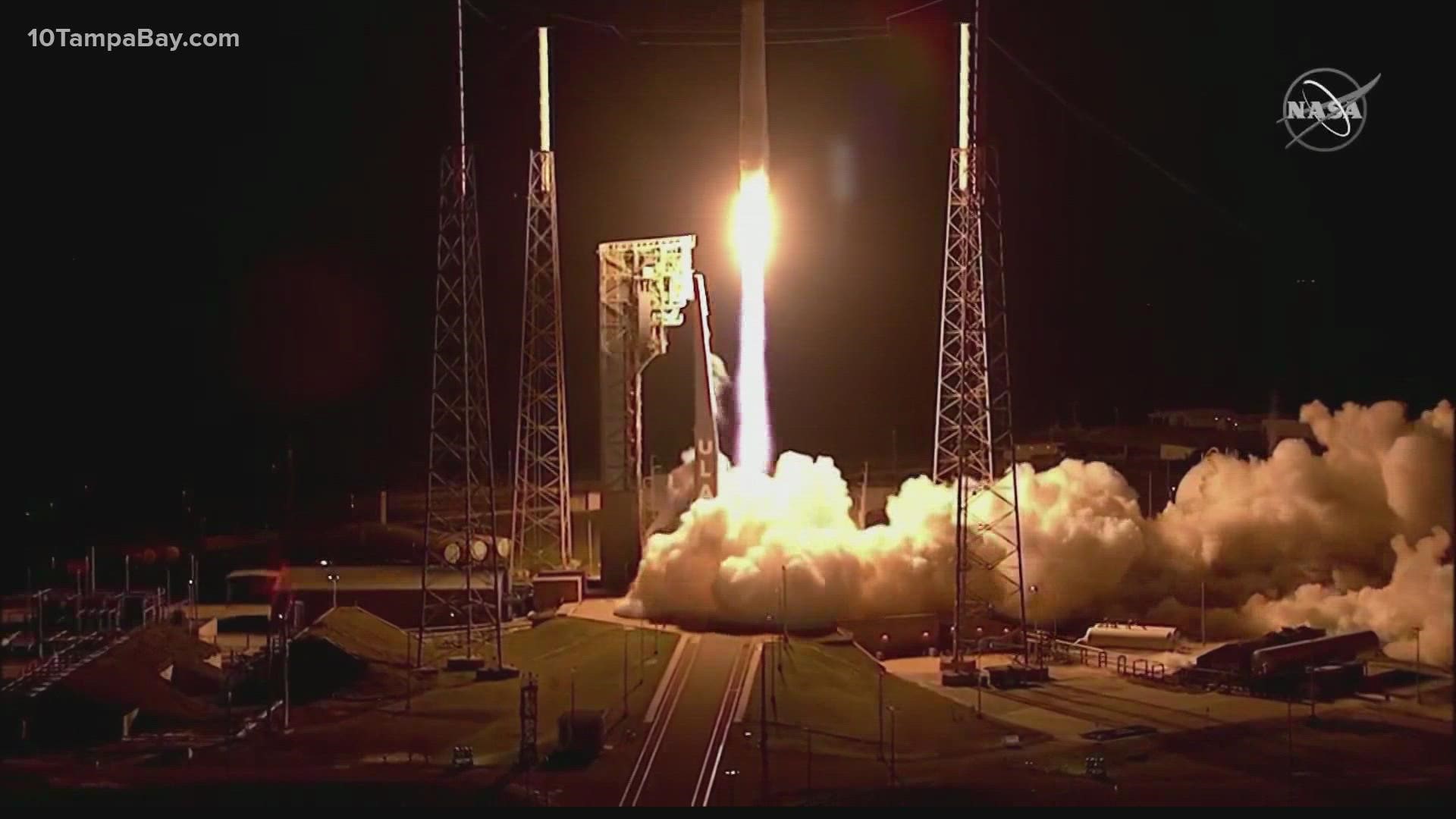