The planet has been compared to the likes of hell. 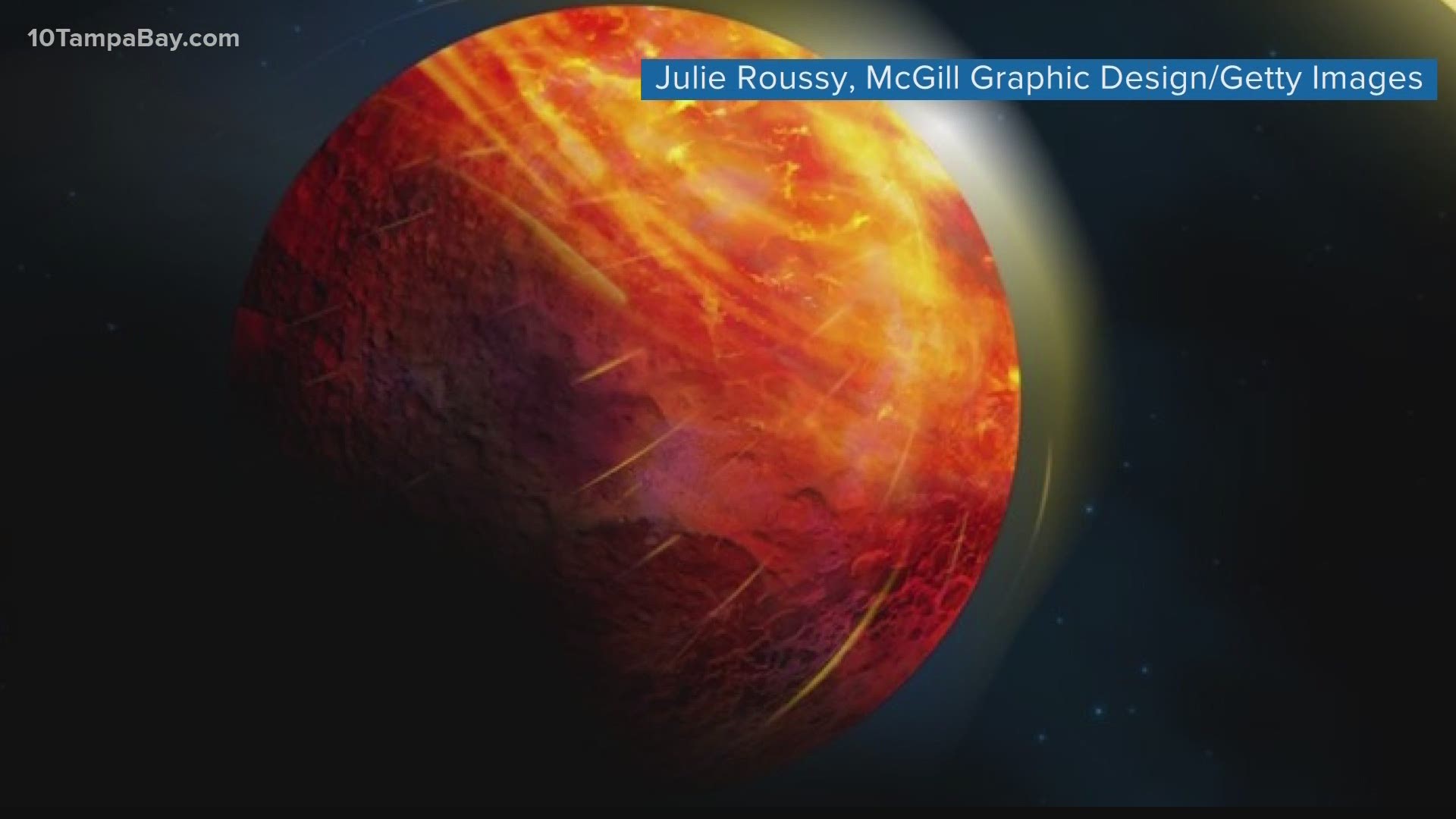 ST. PETERSBURG, Fla. — Just when you thought 2020 on planet Earth was bad, the universe goes and one-ups you.

Scientists have forecasted conditions on a planet that have been compared to the likes of hell. How do supersonic winds, rocky rain, and lava oceans sound?

Well, to exoplanet K2-141b, it sounds like home. The latest potential discovery is among the most extreme planets discovered beyond the edge of the solar system-- lava planets.

Or as those with McGill Univerity put it, "fiery hot worlds that circle so close to their host star that some regions are likely oceans of molten lava."

Scientists with both McGill, York University, and the Indian Institute of Science Education say K2-141b is "even stranger" as it's forecasted supersonic winds rage around 3,106 mph and it's lava ocean dives 62 miles deep.

Their evaluations and findings are based on a study published in Monthly Notices of the Royal Astronomical Society paired with computer simulations to predict the planet's conditions.

“The study is the first to make predictions about weather conditions on K2-141b that can be detected from hundreds of light-years away with next-generation telescopes such as the James Webb Space Telescope,” says lead author Giang Nguyen, a PhD student at York University

Scientists say two-thirds of the exoplanet faces endless daylight. How hot is the side that never sees nightfall? Hot enough to vaporize rocks, according to a press release.

The rest of the planet is blanketed in darkness, leaving it with freezing temperatures of negative 328 degrees Fahrenheit.

Now, back to the raining rocks part. It works like Earth's water cycle, only with rocks, according to scientists.

"Just like the water cycle on Earth, where water evaporates, rises into the atmosphere, condenses, and falls back as rain, so too does the sodium, silicon monoxide, and silicon dioxide on K2-141b," the study wrote.

Once that mineral vapor is swept into the supersonic winds on the frigid side of the planet, rocks are formed and "rain" back down into the magma ocean, marking a constant flow

But what stands to be most fascinating is that all rocky planets, like Earth, started off as molten worlds similar to K2-141b, according to scientists.

“All rocky planets­, including Earth, started off as molten worlds but then rapidly cooled and solidified. Lava planets give us a rare glimpse at this stage of planetary evolution,” Professor Cowan of the Department of Earth and Planetary Sciences said.

Plus, the planet is not done changing just yet as the study predicts the surface and atmosphere could change over time due to the "rocky" weather.

Scientists will look to further verify their findings with the launch of the James Webb Space Telescope in 2021.