SpaceX has already broken its own record for the number of launches in a year with 22 so far in 2020. 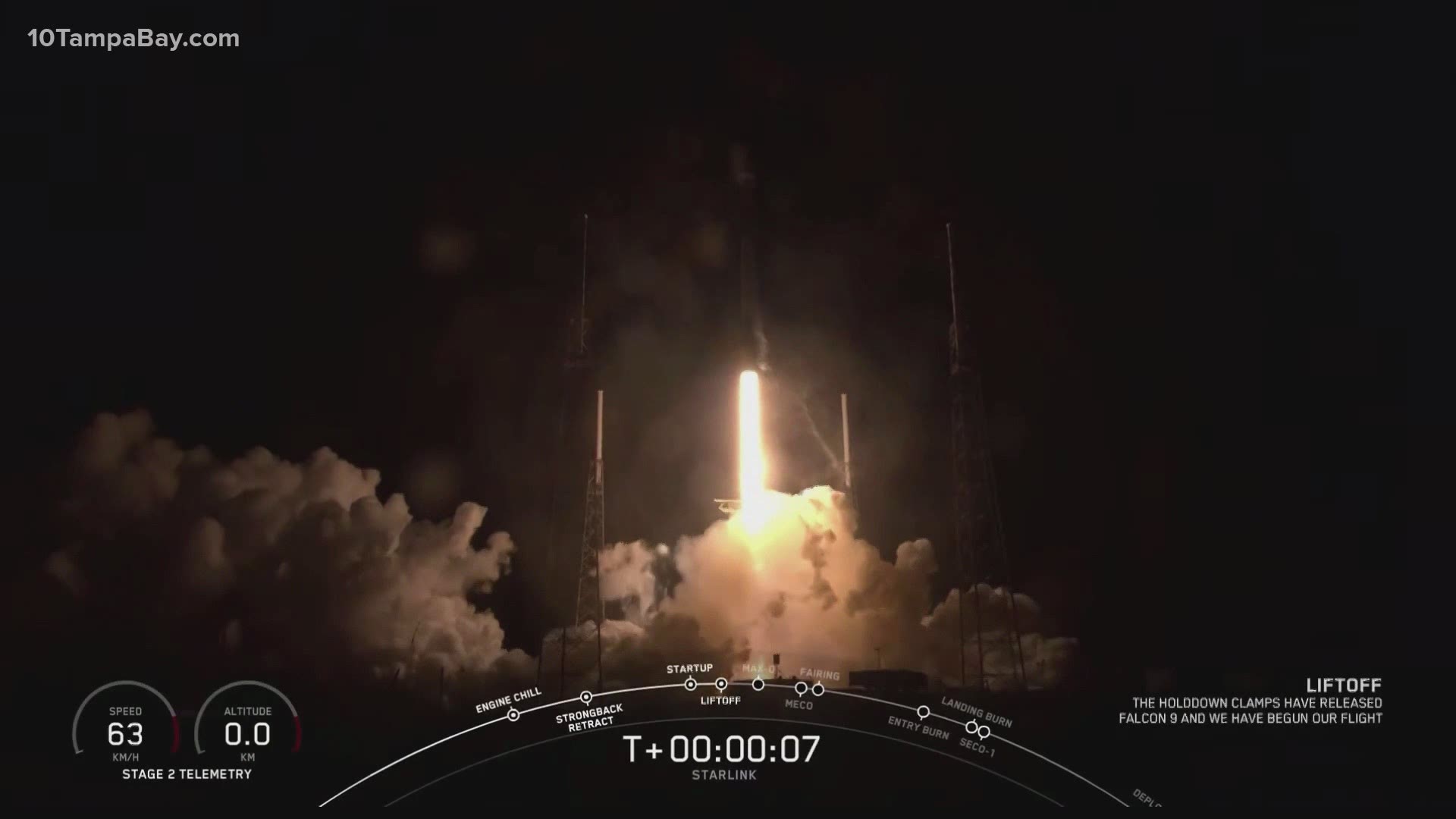 The launch of a Falcon 9 rocket was the seventh time this particular booster has been used for a mission -- a new record for SpaceX and its reusable rocket program.

The Starlink satellites were deployed into orbit about 15 minutes after launch.

SpaceX is set to launch more Starlink broadband internet satellites to space Tuesday night -- one week after the historic Crew 1 launch and two days after one of its rockets ferried an ocean-observing satellite to orbit.

The company is now targeting 9:13 p.m. Nov. 24 for the launch of the 16th batch of Starlink satellites atop a Falcon 9 rocket from Cape Canaveral Air Force Station in Florida.

The launch was originally set for Sunday night, but SpaceX announced the delay about 15 minutes before the targeted instantaneous liftoff. The company said the rocket and payload are healthy, and teams will use the time to do more data reviews. The launch was then postponed to Tuesday as weather conditions in the recovery area are expected to improve.

The payload carries approximately 60 satellites for the internet program, which recently opened up to beta testers.

You can watch launch coverage on SpaceX's YouTube page.

The Falcon 9 booster supporting this mission flew on six others, including four other Starlink ones and the Telstar 18 VANTAGE and Iridium-8 missions, according to SpaceX.

After liftoff, SpaceX will coordinate landing the booster on the "Of Course I Still Love You" drone ship out in the Atlantic Ocean.

On Saturday, SpaceX launched the Sentinel-6 Michael Freilich ocean-observing satellite from California's Vandenberg Air Force Base. The mission is a collaboration between NASA and European partners, along with the use of SpaceX's launch vehicle.

Monday's launch also comes one week after the Crew 1 launch of four astronauts to the International Space Station aboard SpaceX's Crew Dragon capsule. The launch marked the beginning of regular station crew flights from the U.S.

According to Tesla and SpaceX blog Teslarati, SpaceX has already broken its annual launch record this year. The 2018 record saw 21 missions, and so far this year there have been 22 missions -- with the Sentinel-6 launch breaking the record.

And, SpaceX has several more flights scheduled through the rest of this year.