Now, what is a polar orbit launch? Glad you asked. 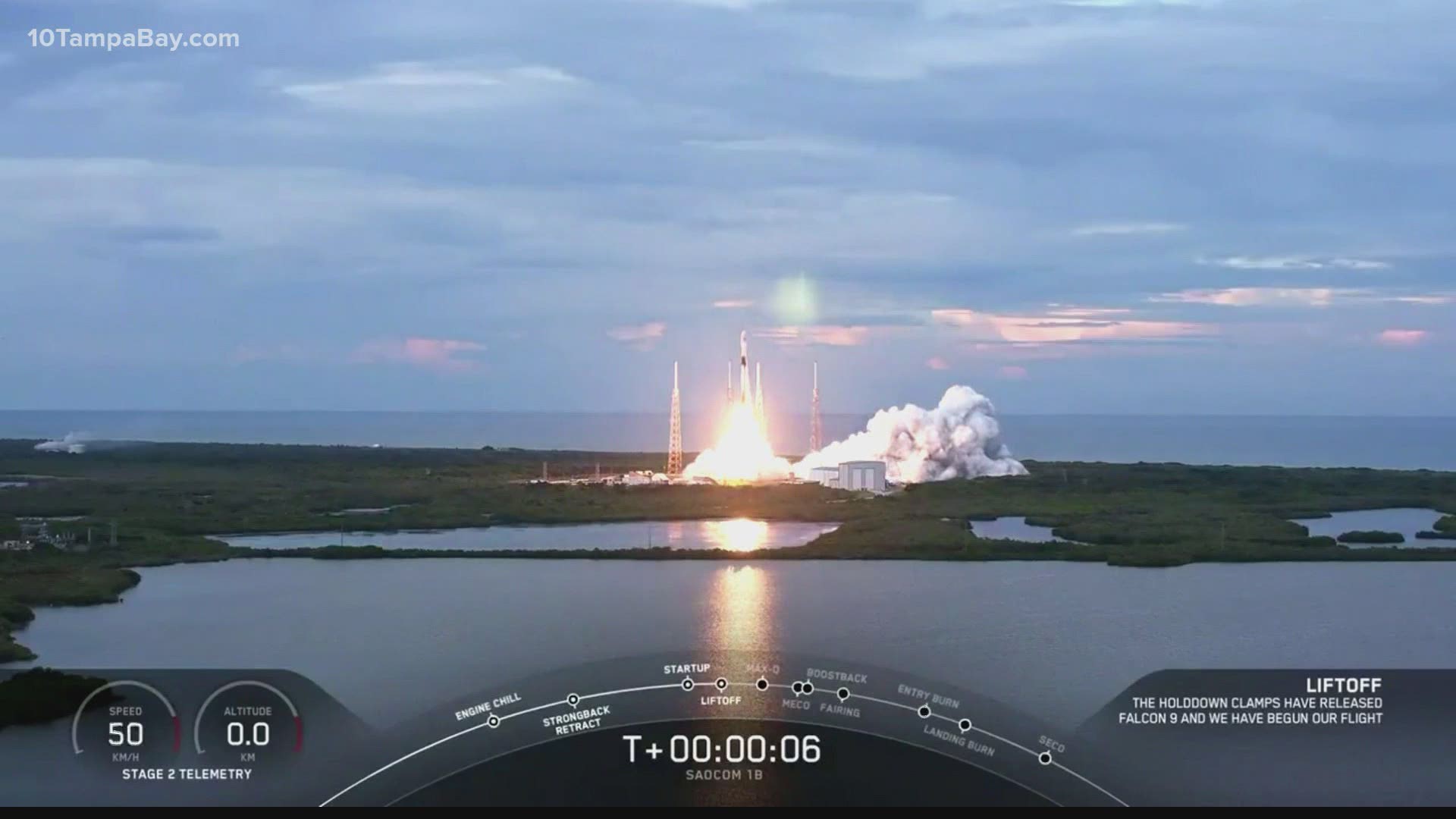 While the weather was iffy, SpaceX's teams managed to secure a "go" for liftoff, sending up Falcon 9 with SAOCOM 1B, a satellite for Argentina's space agency. The launch took place from pad 40 at Cape Canaveral's Space Launch Complex.

Now, what is a polar orbit launch? Glad you asked.

It means Falcon 9 flew a southern trajectory along the eastern coast of Florida on its way to space. It marked the first time SpaceX has completed such a launch from the Cape.

And, this was the first time since 1969 that a rocket blasting off from Florida headed south.

Tonight's launch is an especially exciting one. It’s SpaceX’s first polar orbit launch from the Cape – meaning that on its way to space, Falcon 9 will fly south along the eastern coast of Florida

Most polar orbit launches occur at California’s Vandenberg Air Force Base due to the fact that conducting one from Florida puts the rocket's trajectory over land.

The historic launch even caught the eye of Apollo 11 astronaut Buzz Aldrin, who caught a glimpse of the launch from his backyard.

The rocket's three deployments and the first stage landing of Falcon 9 have been completed. SAOCOM 1B was officially in orbit 14 minutes after launch.

The historic launch marked the first crewed mission from U.S. soil since the end of the Space Shuttle era in 2011.

SpaceX was also supposed to its twelfth batch of Starlink satellites for the company broadband internet network Sunday morning but had to stand down due to weather. The next launch window is set for 9:29 a.m. Tuesday, Sept. 1.

You can re-watch the SAOCOM 1B launch exciting moments below: