The Environmental Protection Agency will decide whether to greenlight a mosquito experiment in Florida. The EPA is accepting public comment through Oct. 11. 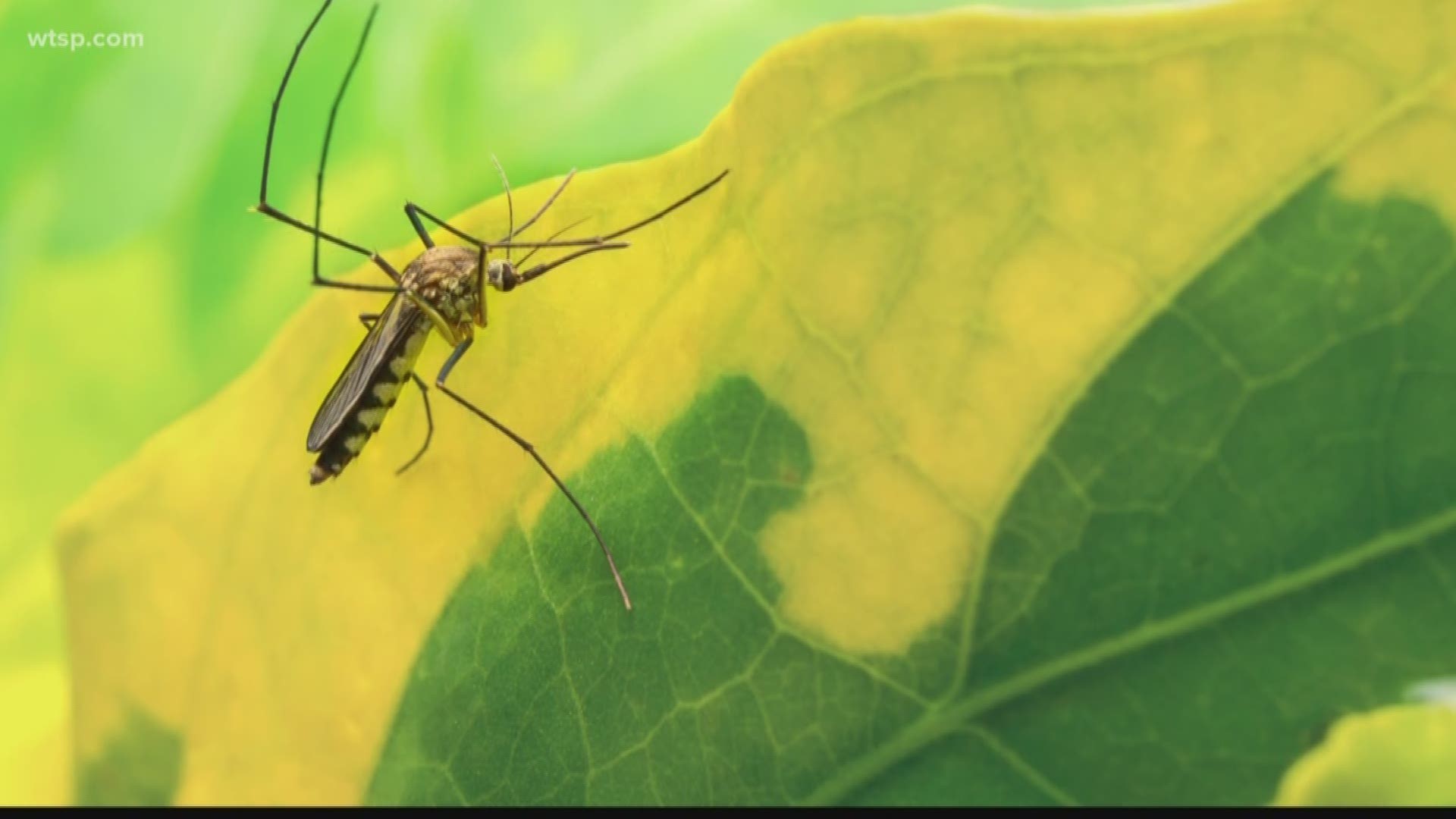 ST. PETERSBURG, Fla. — Nothing can ruin an evening in the great outdoors quite like mosquitoes.

However, some mosquitoes do more damage than just leave a nagging itch on your legs.

According to the U.S. Environmental Protection Agency, the Aedes aegypti mosquitoes can spread several diseases and pose a human health concern, including the Zika virus.

That's why the EPA is considering an experimental use permit that would allow the company Oxitec to study the use of genetically-engineered mosquitoes to reduce mosquito populations.

The experiment would take place over 24 months in Harris County, Texas, and Monroe County, Florida.

Male offspring would survive to become fully functional adults with the same modifications, therefore compounding the effect of decreasing the population of Aedes aegypti mosquitoes through a multi-generational approach.

The proposal is not without controversy. Many residents in the Florida Keys have expressed concern over the trial since it was first introduced in 2016.

Before the EPA makes a decision on whether to greenlight the experiment, the association wants to hear from you. Public comments about this proposed permit should be submitted to EPA-HQ-OPP-2019-0274 on or before October 11.

How do designer mosquitoes work?

It sounds very "sci-fi." But Science Magazine reports that in the journal Scientific Research, scientists found a British company that genetically modified mosquitoes, to create non-biting males, has had a bit of a surprise outcome. And, in science, when you’re altering the genes of bugs that carry deadly viruses, you want your outcome to lack surprises.

The idea was that when they bred with other mosquitoes, the offspring of these non-biting mosquitoes would inherit a gene that would cause them to die, before adulthood. Now, there’s evidence that some of them survived and even had their own offspring. And the offsprings' offspring are, of course, genetically modified.

The company is called Oxitec, and it has been testing whether genetically-modified mosquitoes can reduce populations for 10 years. The company says there’s no reason to suspect these mosquitoes are in any way stronger, or more dangerous, they’re just alive, and should not be. And the independent scientists who published the study about their survival agree. The mosquito is “different.” It does not mean this is a mosquito that is going to react differently to insecticides that killed its non-modified relatives. They’re merely not supposed to exist.

The latest mutated mosquitoes by the company are designed to work a little differently. They carry a lethal gene that kills all females, leaving the males to pass on the gene to the rest of the population. In Brazil, this version reduced mosquitoes in a local population by 96 percent. So there is evidence of its success. Last week, the EPA opened the public comment window, ahead of the company’s planned release of genetically-modified mosquitoes here in Florida, and in Texas. People concerned about them can weigh in.

A recent modified-mosquito experiment in China proved to be wildly successful. It reduced the female Asian Tiger Mosquito population by up to 94 percent, cutting human bites by 97 percent. The study, published in Nature, The International Journal of Science, explains how they cut mosquito numbers by limiting both the male and females' ability to reproduce. Female mosquitoes were sterilized with radiation, and males were infected with bacteria.