The team hopes their disaster response agreement with the county could be a model for partnerships between universities and local governments everywhere. 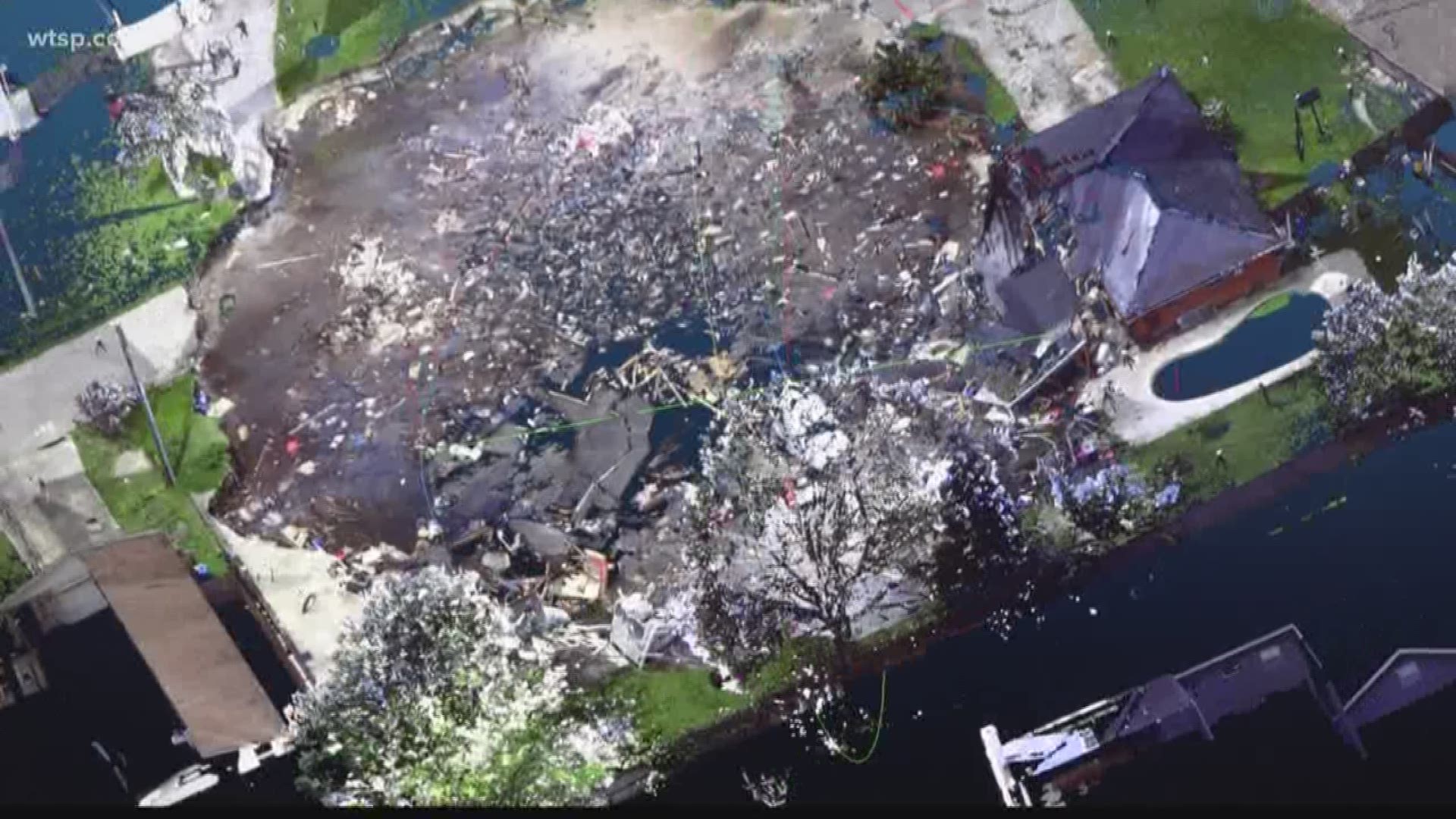 TAMPA, Fla. (WTSP) – Researchers from the University of South Florida spoke this week at the 32nd annual Governor’s Hurricane Conference in West Palm Beach to talk about how partnerships between universities and local governments can improve disaster response.

Dr. Lori Collins grew up in the Lake Padgett Estates neighborhood of Land O’ Lakes in Pasco County. Along with her team, Collins has studied a massive sinkhole that swallowed two homes and forced evacuations there last summer.

“The same kinds of strategies that we’ve used out here and are using out here are very applicable to… hurricanes, any kind of disaster,” Collins said.

“We want science to lead the decisions," Collins said. "A lot of times decisions are made for political reasons, but we want good science to be behind those reasons.”

By using cutting-edge technologies like drones and virtual reality, Collins and her team are changing the way people learn about and respond to all kinds of disasters.

“The same kinds of strategies that we’ve used out here and are using out here are very applicable to hurricanes, any kind of disaster,” she said. “These kinds of tools are increasingly more and more important with disaster response because of the rapid nature of the survey, we don’t have to take days and weeks to survey a site.

"We can do this in a matter of minutes {or} hours.”

Back on campus, the team uses its data to create 3D maps of the sinkhole allowing people to interact with the site in ways they never could in the past.

“These kinds of 3D technologies are just becoming more and more important in the classroom and engaging in the classroom,” said Collins, watching her colleagues immerse themselves in the sinkhole using virtual reality software. “Being able to take students to a place, this really brings the classroom to life. This is a really different method for teaching.”

“You can kind of explore the disaster site, it’s important for understanding and recreating what happened out there but, also, this is a way to create sort of a virtual aspect that you can tour the site safely in the classroom,” she added. “Understanding where things started, how they ended up, how things changed through time, that’s all a 3D problem, so we’ve captured all this data in 3D and we’re serving it up in ways like through virtual reality where anybody can study these.”

Collins and her team have not only gathered and processed all this data on the sinkhole, but they’ve also made it available to everyone via the internet so people all over the world can learn from their work and even contribute to it.

In addition, Collins and her team are working on an agreement with Pasco County that will cut a lot of the red tape in the initial response, and allow her researchers to get on the ground as soon as possible after a disaster. They're hoping that agreement could be a model for partnerships between universities and local governments all over the country.