FHP: Wrong-way driver crashed into semi filled with apple cider on I-275, setting it on fire

The crash happened between Bearss Avenue and Fletcher on I-275. 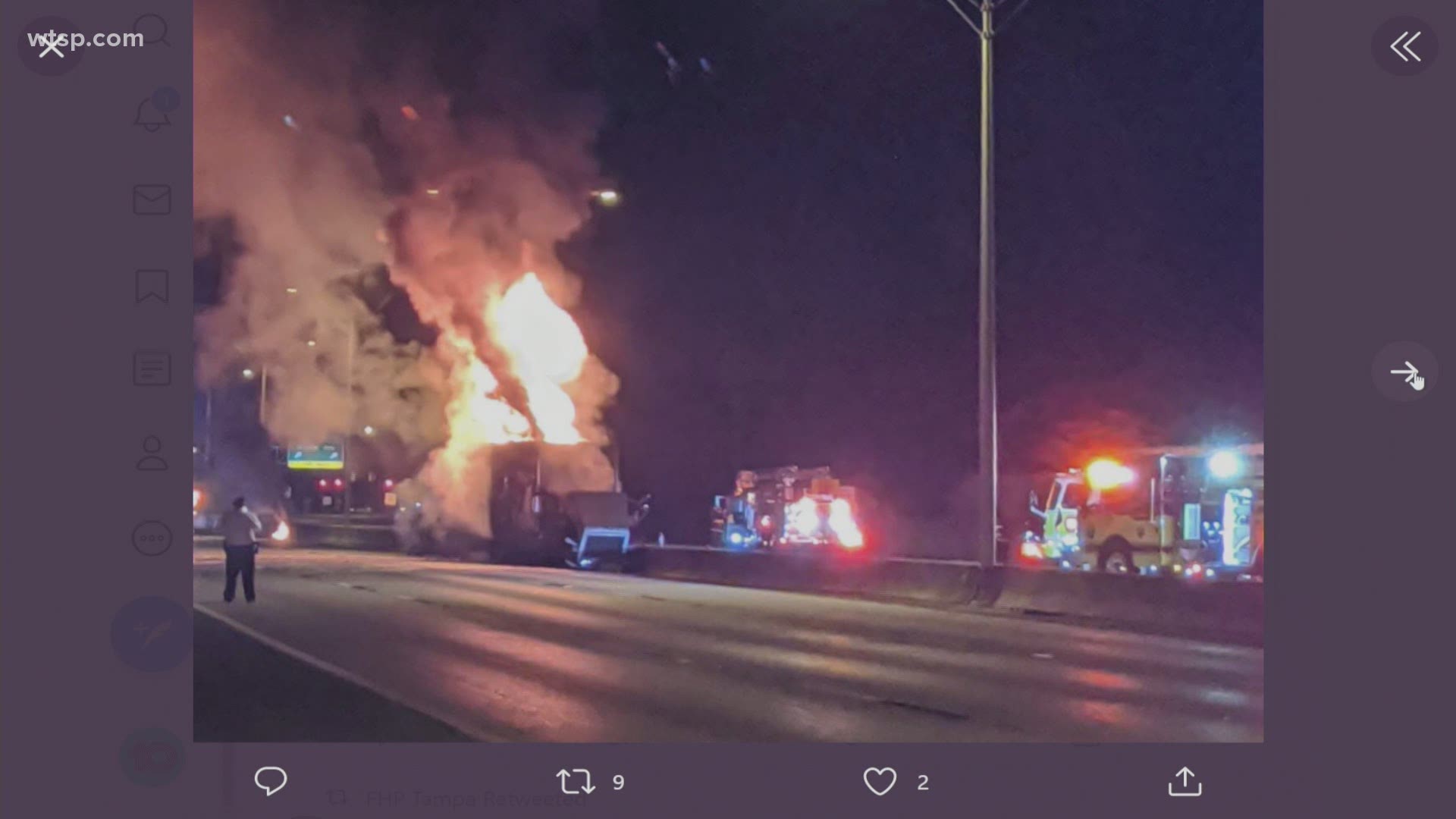 Florida Highway Patrol said both the north and the southbound lanes were closed around 3:15 a.m. after a car driving the wrong way crashed into a semi-truck filled with apple cider. The crash sent the semi into the median where it hit a barrier wall before starting on fire.

Troopers said the wrong-way driver was taken to the hospital in serious condition.

FHP said drivers should avoid the area. The crash is still under investigation, according to troopers.