Authorities say the semi-truck was making an improper u-turn. 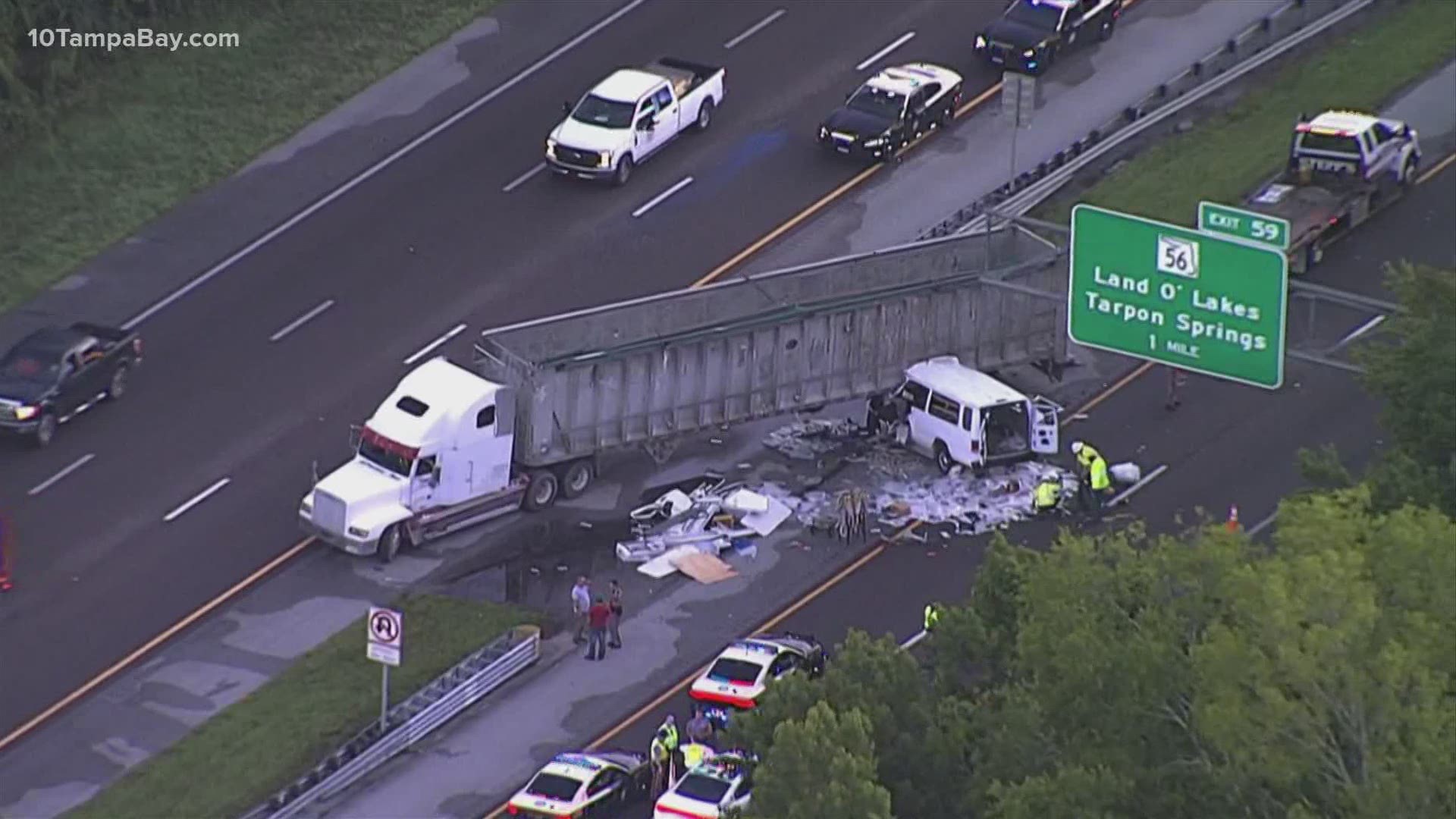 HILLSBOROUGH COUNTY, Fla. — Two people are in serious condition following a crash on I-275 near exit 59 early Monday morning.

Authorities say a semi-truck was traveling in the center lane of northbound I-275 when the driver tried to make an improper U-Turn into the center median to head southbound on I-275. When this was happening, a van was traveling behind the semi-truck in the inside lane.

Investigators say as the semi-truck attempted to make the U-Turn, the left side of its trailer collided with the front of the van.

Authorities say the driver of the van had serious injuries, and his passenger was listed in critical condition for her injuries. The driver of the semi-truck wasn't hurt.

He was cited for the improper turn.

The crash caused major delays for commuters traveling north on I-275 Monday morning.

For several hours, all northbound lanes were blocked. Eventually, cars were able to pass slowly on the shoulder before lanes gradually reopened.

TRAFFIC ALERT: All lanes are currently blocked on I-275 northbound before the I-75 Apex. FHP reports a crash happened between a semi-truck and a van, and injuries have been reported. 10tampabay.com/traffic