The crash occurred on Interstate 35 near Grand Avenue Parkway and Howard Lane. 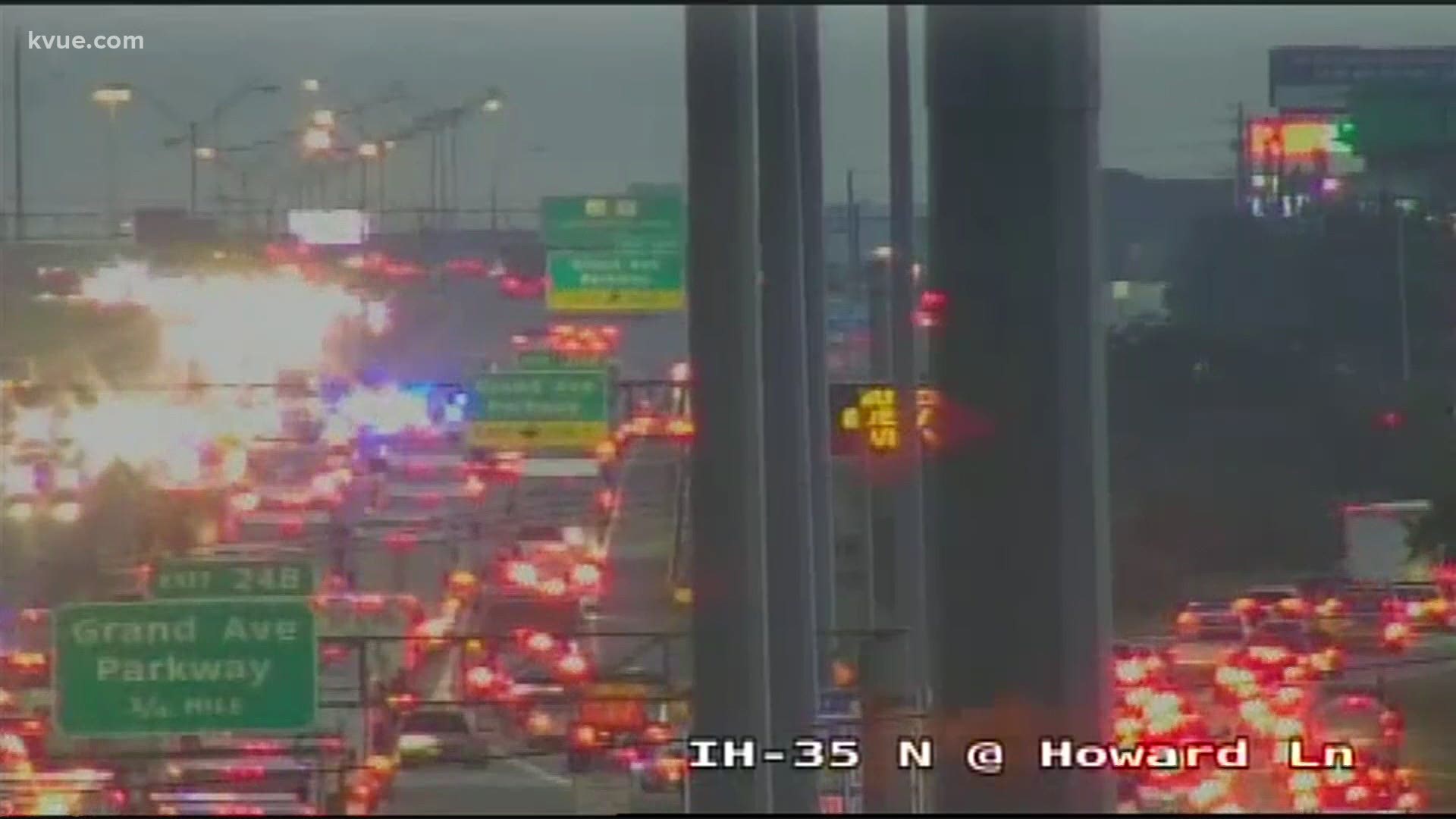 AUSTIN, Texas — Some drivers commuting in North Austin Thursday morning were dealing with a big headache.

Two northbound lanes of Interstate 35 were blocked near Howard Lane and Grand Avenue Parkway in North Austin because of a crash.

According to the Austin Police Department, at least one tractor-trailer was involved and one person is injured.

The lanes reopened shortly after 8 a.m., but traffic was nearly gridlocked all the way south to U.S. 183 for some time.

What caused Wednesday's microburst in Georgetown?