The exact cause of the crash is still under investigation. 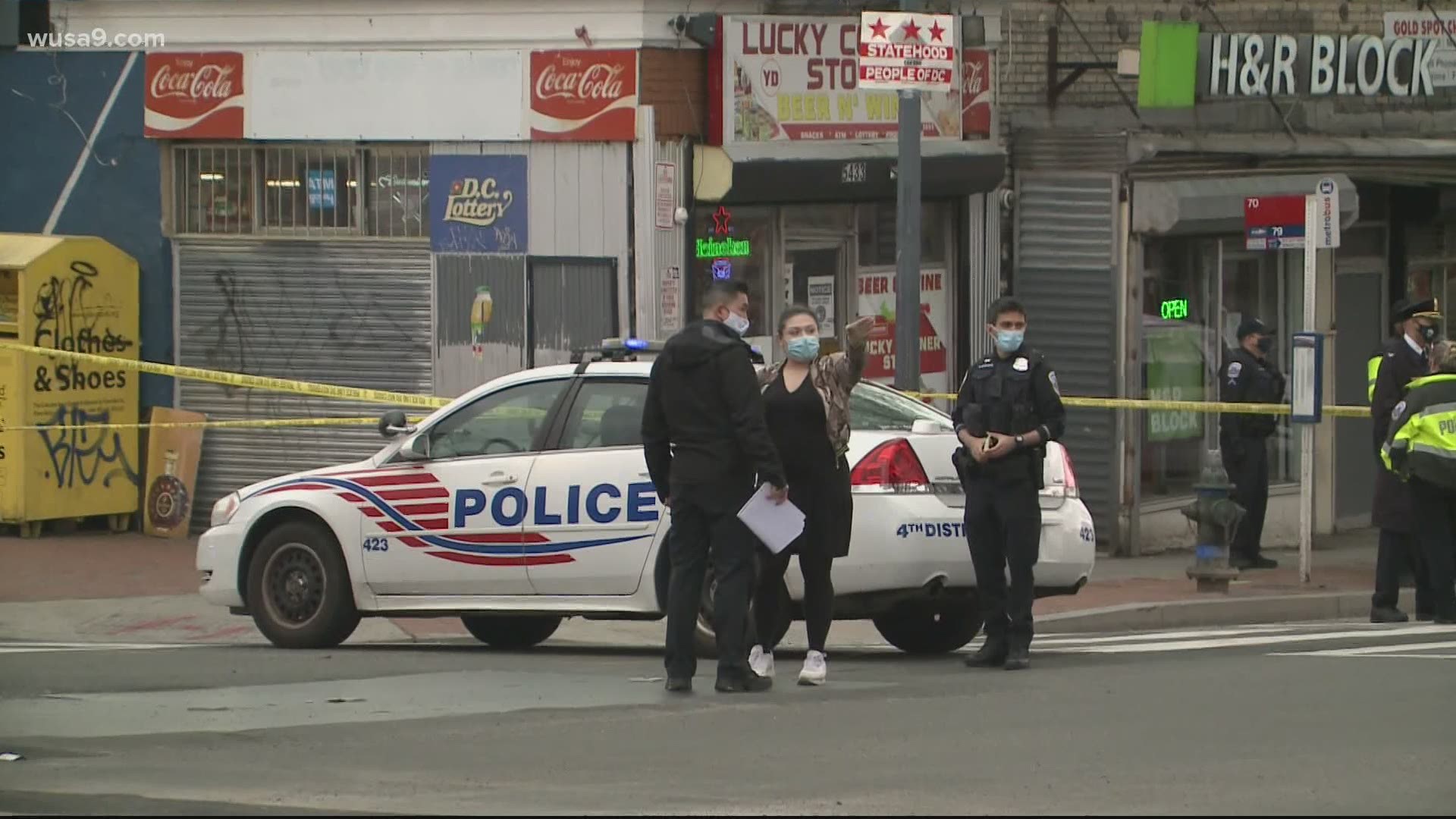 WASHINGTON — A 4-year-old boy died on Thursday after being struck by a car in Northwest D.C., police said.

According to police, the crash happened just before 3:30 p.m. Thursday afternoon off Georgia Avenue in Northwest between Longfellow Street and Jefferson Street, Northwest.

The preliminary investigation by the Metropolitan Police Department found that the driver of a Nissan Rogue hit the boy as he ran out into the street in the 900 block of Kennedy Street. The driver remained on the scene and cooperated with the investigation, according to police.

Once on the scene, officials found a juvenile struck by a vehicle. D.C. Fire and EMS transported the victim to a nearby hospital with life-threatening injuries where the child later died.

Police identified the boy as Zyaire Joshua in a release Friday.

After seeing the emergency response outside her home, one neighbor recounted the harrowing details when she discovered what happened.

"We all came running. We’re looking and watching them do CPR," she said. "They got the stretcher and they put him up on the stretcher. I knew the baby was gone.”

The neighbor told WUSA9 that the child wandered into the street after walking away from his mother.

I am at the scene on Georgia Ave and Kennedy Street. This is an unspeakable tragedy. We are working with our partners in MPD to gather more information. Please keep this family in your prayers at the incredibly difficult time. pic.twitter.com/cZQfO84h0K

After hearing about the boy's death, the neighbor said she was heartbroken and thought of her own family.

"I can’t get the image out of my head. I can’t stop thinking about it," she said, through tears. "It hurts so much. Any human, any mom would feel the pain that I’m feeling.”

Following the tragic death, DC Councilwoman Janeese Lewis George stopped by the site to try and help police find any surveillance video that could help in the investigation.

"By the time we got down here, the scene was all blocked off," she said. "It’s just an all-around tragic incident. The family involved with the collision is also another family, the driver.”

George later highlighted the need to make streets safer for both drivers and pedestrians.

"How do we make sure this doesn’t happen again? What needs to be done to make sure that this type of situation doesn’t happen?" the councilwoman said. "Without even piecing it together, there are always ways to make our streets safer for pedestrians. Pedestrians are young children.”

The investigation is ongoing. Anyone with information about this case is asked to call police at (202) 727-9099 or text your tip to the Department’s TEXT TIP LINE at 50411.

RELATED: All lanes on I-95 back open in Spotsylvania after trailer carrying 40,000 pounds of paper crashes

Sign up for the Capitol Breach email newsletter, delivering the latest breaking news and a roundup of the investigation into the Capitol Riots on January 6, 2021.