'They will run them': Neighbors look for changes at flashing crosswalks after injuries

It’s supposed to be simple. Once the button is pressed, the lights will flash, and traffic is supposed to come to a complete stop. 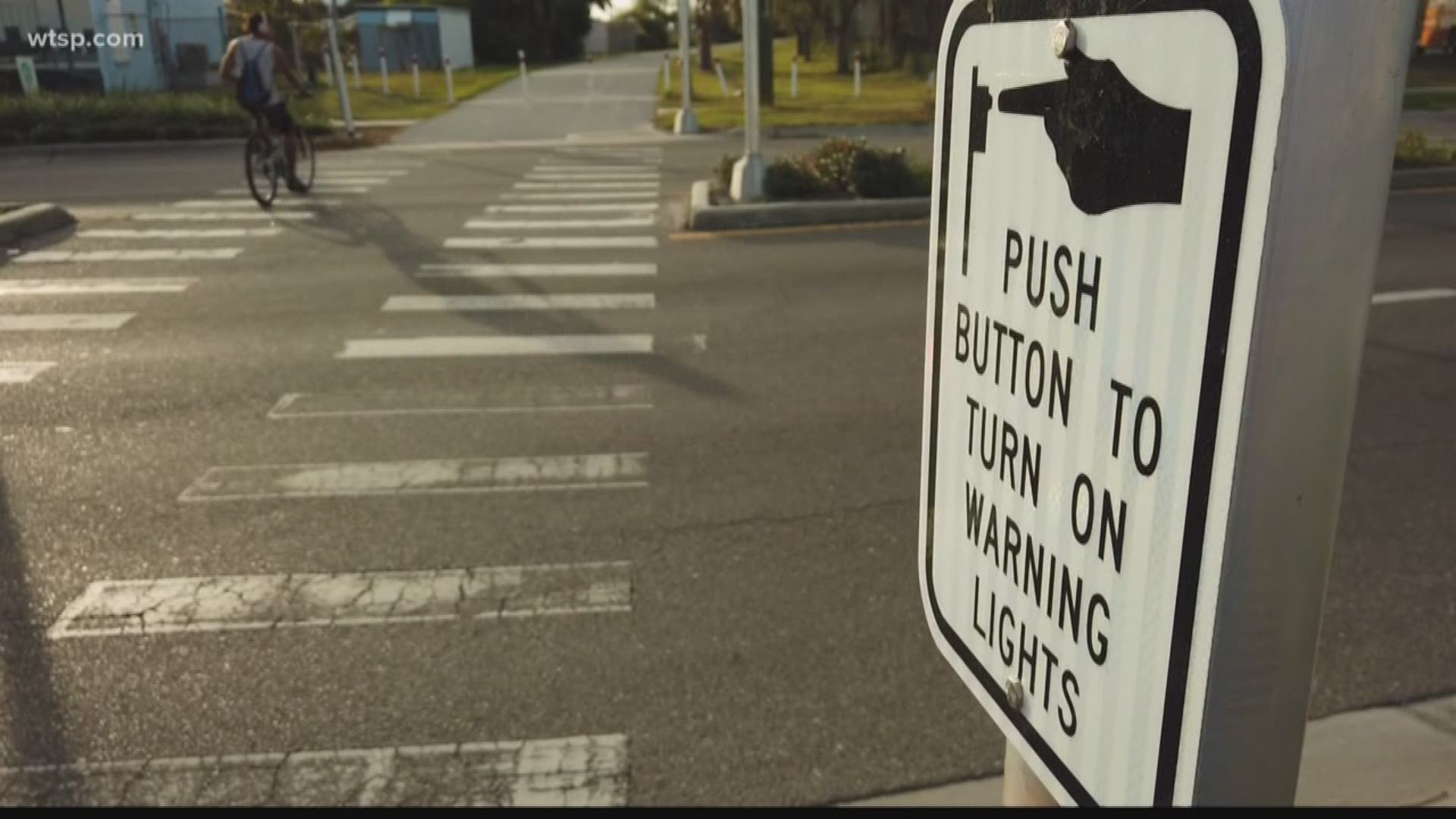 ST. PETERSBURG, Fla. — Crosswalk safety issues aren’t new to Florida, but neighbors are still searching for ways to keep each other safe.

“You definitely have to make sure after you use the devices to still make sure people are obeying them because otherwise, they will run them,” Andrew Chouinard said.

Hundreds of the crosswalks with flashing beacons have popped up over the last few years. It’s supposed to be simple. Once the button is pressed, the lights will flash, and traffic is supposed to come to a complete stop. Neighbors in St. Petersburg say that isn’t always the case.

“I was a victim of a hit-and-run in the bicycle crossing on 49th street. Since then I’ve been trying to put my life back together” Steven Weldon said.

Weldon’s life was literally turned upside down a little over three months ago. He was hit by a car in a crosswalk near the Pinellas Park Trail.

“It all came clear when I hit the ground. And I look at the video like I really did just flip! I never lost consciousness so I was fully aware of everything, so it was a shocker. We already had some bikers coming across the crosswalk. So the flashing lights were already yellow. I took that as everyone would pay attention,” Weldon said.

He never stopped at the stop sign and rushed across the intersection. The driver left him on the road with a broken wrist.

“I will never assume again. If it’s flashing and I see traffic I’m stopping. I don’t care if I have to wait 10 minutes,” Weldon said.

Florida Highway Safety and Motor Vehicles say 504 people were hit in a crosswalk in Pinellas County back in 2018. 41 of them were killed, leaving some to believe the flashing beacons aren’t enough.

“I think people are a little more distracted and they’re going speeds that are really not the local speed limit,” Chouinard said.

He thinks stop signs need to be put in after seeing people almost get hit. Walden wants changes too but hopes drivers just pay more attention.

“It’s more visible and you tend to pay more attention to a red light than a yellow flashing light, Steel, plastic, whatever your car is made of will always crush a bone. Think about that. You’ll walk away from this accident. The person you hit 9 times out of 10 will have to get an X-ray,” Weldon said.

Cities are left to find new ways to keep people safe each year. In Tampa, Mayor Jane Castor will implement her Vision Zero plan this year. Her goal is to eliminate traffic deaths and severe injuries by focusing on problem intersections and crosswalks in the city.

RELATED: Bicyclist hit by car along the Pinellas Trail