Stop on Red Week: A nationwide effort to save lives

Running a red light could cost somebody their life. 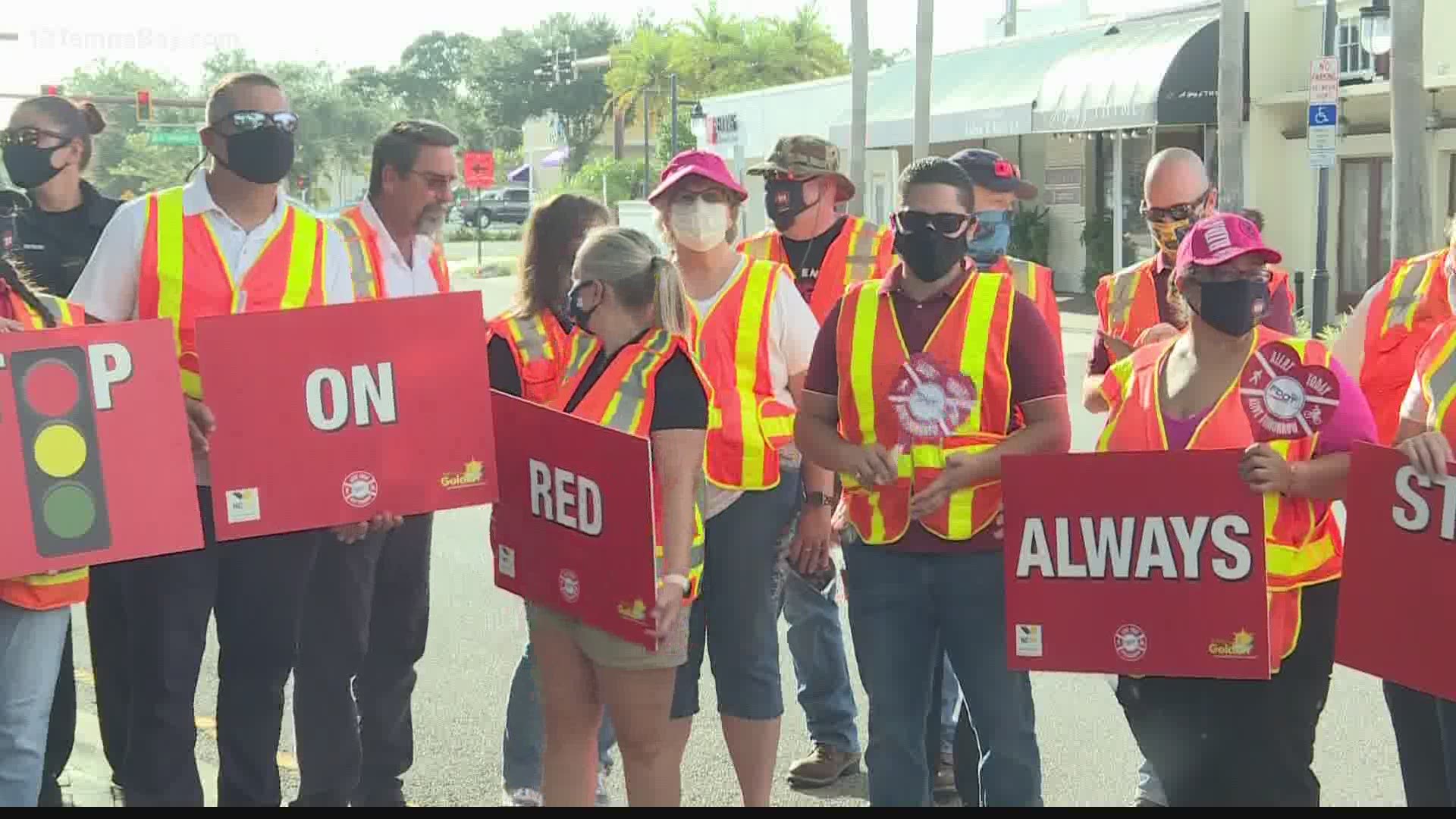 SARASOTA, Fla. — When you’re in a rush, stopping at red lights may seem like it’s just adding to your delay.

But, according to the National Coalition for Safer Roads, too many people are running red lights and that's why they're are once again launching their national campaign: National Stop on Red Week. It's designed to help raise awareness of the dangers of red-light running.

“Here in Florida, we lost 109 people on our streets. That may be a number to you but that is a human life, Melissa Wandall said. “That is someone that in a moment was picked out of life because someone else made the decision to not stop on red,”

It's why the Sarasota Police Department and others across the country are taking part in the National Stop of Red Week. August 2-8th this year. National Stop on Red Week was created by the Federal Highway Administration and aims to educate drivers about the dangers of red-light running and to reduce the number and severity of traffic crashes.

“It shouldn’t just be put down into one day or a week. This is something as drivers around the country should practice. Take our time. Just because you’re in a hurry, shouldn’t alter someone else’s life,” said Jason Frank, Sarasota Police traffic officer.

The campaign emphasizes the dangers of running red lights. The main reason to stop because if you don't it could be deadly.

The NCSR reports one in three Americans know someone whose been injured or killed in a red-light running crash.

Running red lights is often caused by aggressive or distracted driving and it’s 100 percent preventable. It's why the campaign promotes the installation of more red-light cameras, to change the behaviors of bad drivers.

RELATED: 'They will run them': Neighbors look for changes at flashing crosswalks after injuries