Some flights from Tampa to Canada to restart

The flights to and from Toronto had been suspended for six months. 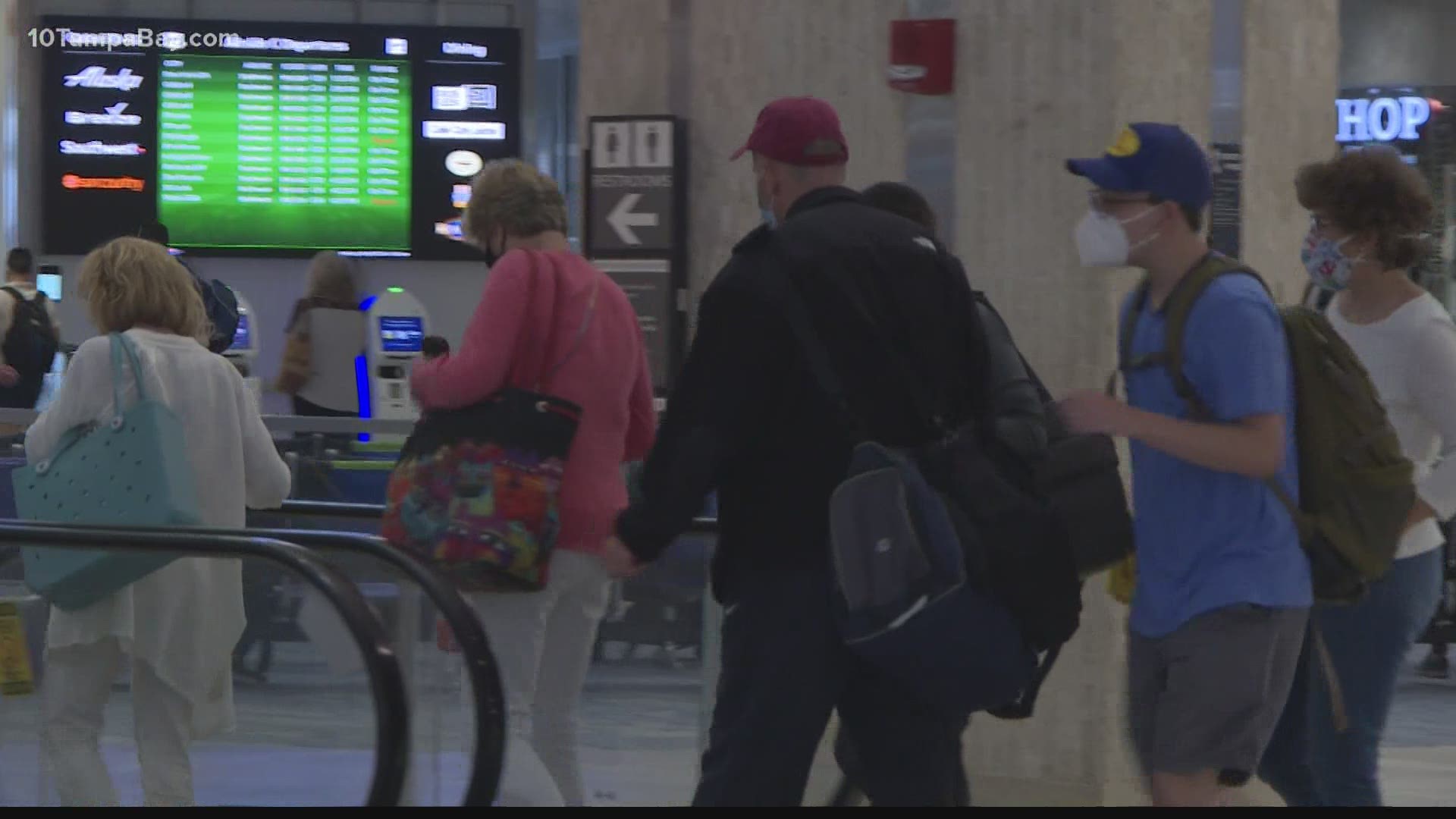 TAMPA, Fla. — Nonstop flights to Toronto, Canada, are coming back to Tampa International Airport after being suspended for more than six months.

Air Canada last offered limited seasonal flights from Toronto between October 2020 and January 21, 2021, but service was suspended again because of COVID-19 and travel restrictions.

The first flights are scheduled for July 17, 2021. Nonstop service to Toronto will be year-round and, initially, Air Canada flights will be on weekends only.

Other flights to Canada were suspended in April 2020. The airport says it does not have a timeline for when those flights will take back off.

The airport says more international visitors come from Canada than anywhere else.

Prime Minister Justin Trudeau said on Thursday Canada could start allowing fully vaccinated Americans into Canada as of mid-August for non-essential travel and should be in a position to welcome fully vaccinated travelers from all countries by early September.

Trudeau spoke with leaders of Canada’s provinces and his office released a readout of the call. He noted that if Canada’s current positive path of vaccination rate and public health conditions continue, the border can open.

In the early days of the pandemic, the U.S. and Canadian governments closed the more than 5,500-mile (8,800-kilometer) border to nonessential traffic. With increasing vaccination rates and dropping infection rates, some were annoyed the two governments hadn’t laid out detailed plans to fully reopen the border.

Canada began easing its restrictions earlier this month, allowing fully vaccinated Canadians or permanent legal residents to return to Canada without quarantining. But among the requirements are a negative test for the virus before returning, and another once they get back.

Pressure has been mounting on Canada to continue to ease the restrictions at the border, which have been in effect since March of last year.

Florida has an estimated 500,000 Canadian snowbirds, according to a 2018 Canada-Florida Economic Impact Study by Canada's Trade Commissioner Service.