This weekend Grant McOmie takes us down an Oregon backroad that leads to a unique perspective on the state's past. 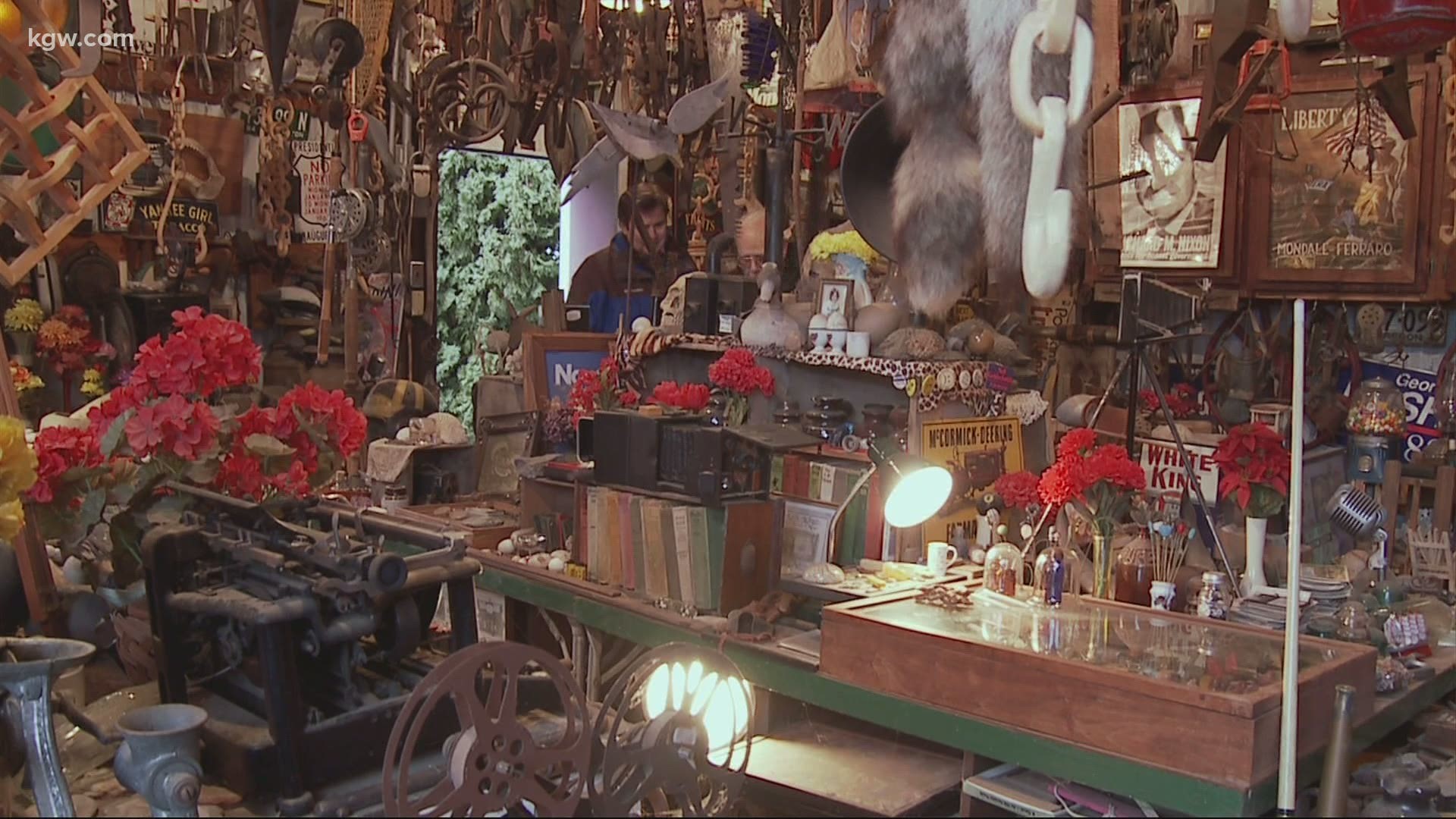 The snow lights up the scene across the Coast Range mountain foothills and across the Tualatin Valley, where the quiet times rule the days and the farming life is mostly indoors.

Tom Meier is a lifelong learner and a self-proclaimed protector of Oregon’s past at a place you’ve likely missed.

Meier has built a home called the Three Mile Museum, a one-of-a-kind farm with tools that got jobs done back at a time when ingenuity was born out of necessity. Items headed for the landfill and irreverent death. Rescued items like cowboy spurs, old film projectors and even older telephones.

For decades, Meier scoured old homesteads and family estate sales and gathered items that can leave you scratching your head. Meier said the adventure of it all has left him eager for more:

“When you see an original and authentic antique or artifact that says ‘Oregon,’ believe me, you will know it – it jumps out at you," he said.

Meier said his collections are better preserved inside his museum than the local landfill.

“I bought one collection from a farmer who was heading to the dump and I said, ‘No, this stuff has value! Well, you get it out of here then,'" Meier recalled.

"I swear if it weren’t for me, this would be buried 100 feet in the ground and lost forever," he said.

There are old political buttons and fishing stuff to catch the big ones in Meier’s massive collection of 14,000 items. It is a collection that continues to grow each day inside a place that just makes you feel good to see that someone cares this much about our past.

Meier’s friends frequently stop in at the Three Mile Museum; sometimes they show up offering donations. A neighbor and longtime friend, Jim Shores, admires Meier’s museum. He recently offered up a unique device that had been in his family as long as he could remember: a small wooden “butter” printer that was at least a century old.

Meier was excited to see the rare item: “I’ll be honest with folks – especially if it’s got little value - but every once in a while, we get lucky. This is a real treasure believe me, that’s something you just can’t buy today.”

Shores offered, “We’ve become such a throw away society – buy it, use it for awhile and throw it away. But back in those days, the family kept so many things, used them until they were extremely worn out and had no value anymore.”

Meier, a former grade school teacher, is adamant that we risk losing ourselves when we lose touch with where we've come from, so he insists that his Three Mile Museum is a tie that binds us with our stuff and Oregon’s past with the present.

“I like to have things that no one else has,” boasted Meier with a hearty laugh. ”How many people have a museum in the backyard? Why have these things if I can’t show them off.”

Meier’s word of mouth Three Mile Museum does not require an admission fee, but it does require a reservation to visit. Tom Meier asks visitors to contact him to schedule a visit at Thomasmeier@frontier.com.