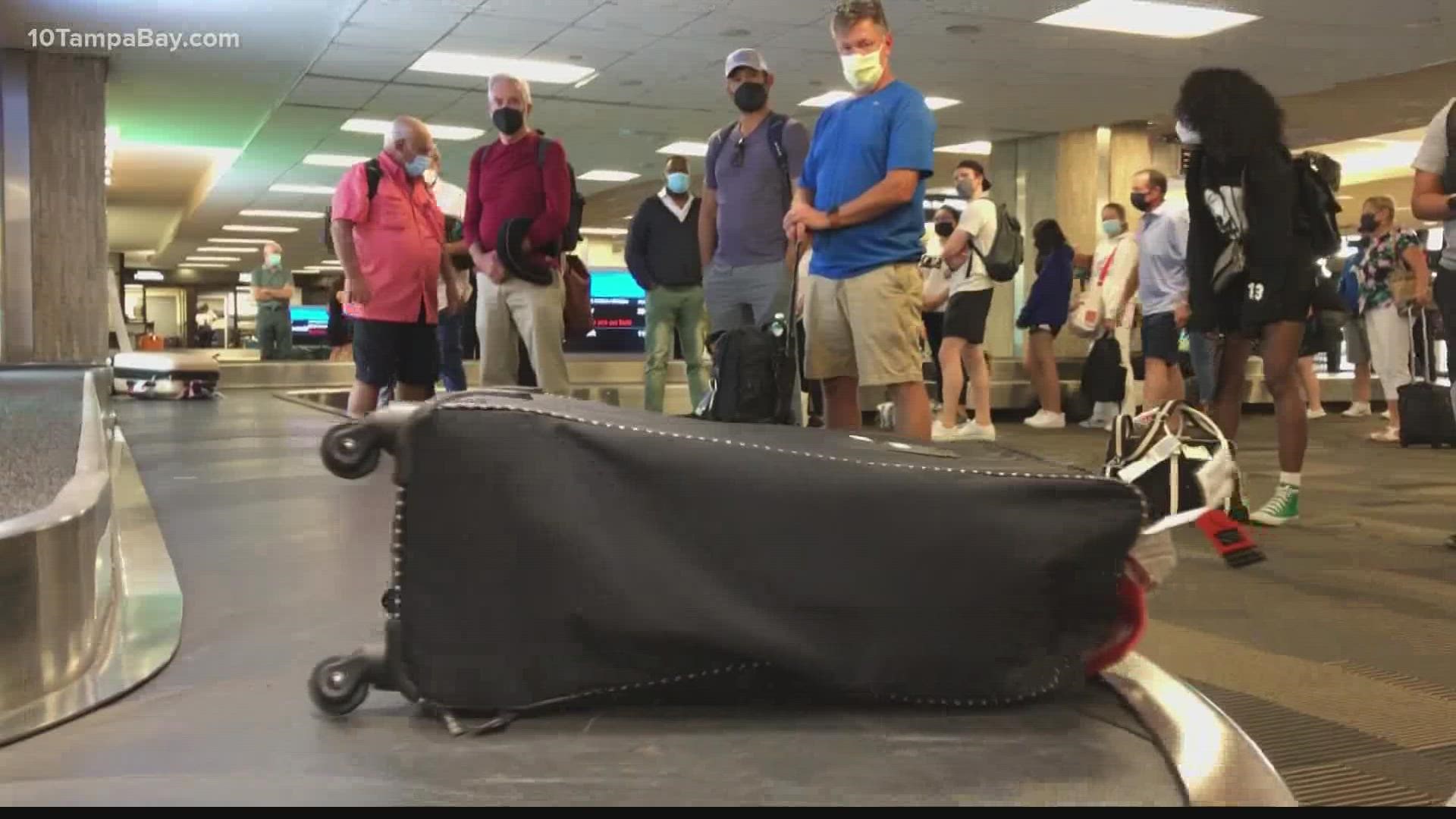 TAMPA, Fla. — Masked up and bags in hand thousands are getting ready to travel this holiday weekend.

While Tampa's airport hasn't yet reached pre-pandemic travel numbers, officials also say the number of people traveling has slowed due to the delta variant. The rise in those boarding flights is gradual.

"Throughout the summer, we were seeing numbers that were very close to pre-pandemic numbers. We understand the traveler's concern," Nipps said.

The delta variant is making travelers hesitant, but doctors say COVID-19 might actually let up soon. For the first time in weeks, Florida's COVID report is actually showing promise.

The scientist who's been tracking Florida's cases says the state hit its peak for COVID-19 cases two weeks ago.

"This holds up, what it's going to mean is that we're probably on the back end of this big terrible delta wave that we have been experiencing over the last, you know, six weeks or so," Unnasch said.

When it comes to travel this Labor Day weekend, Unnasch says it shouldn't cause a dramatic increase in numbers.

"Based upon what we've seen previously, it's going to be basically a little blip. I think we may see a little blip upwards or a little bit of a slowing into decline for maybe a few days or so, maybe a week from a week from now. As long as people are doing the right thing, wearing their masks and being careful in the airport and on the airplanes while they're traveling, I think travel is probably not one of the more hazardous things," Unnasch said.