The new feature will soon be an option for Delta employee uniforms. 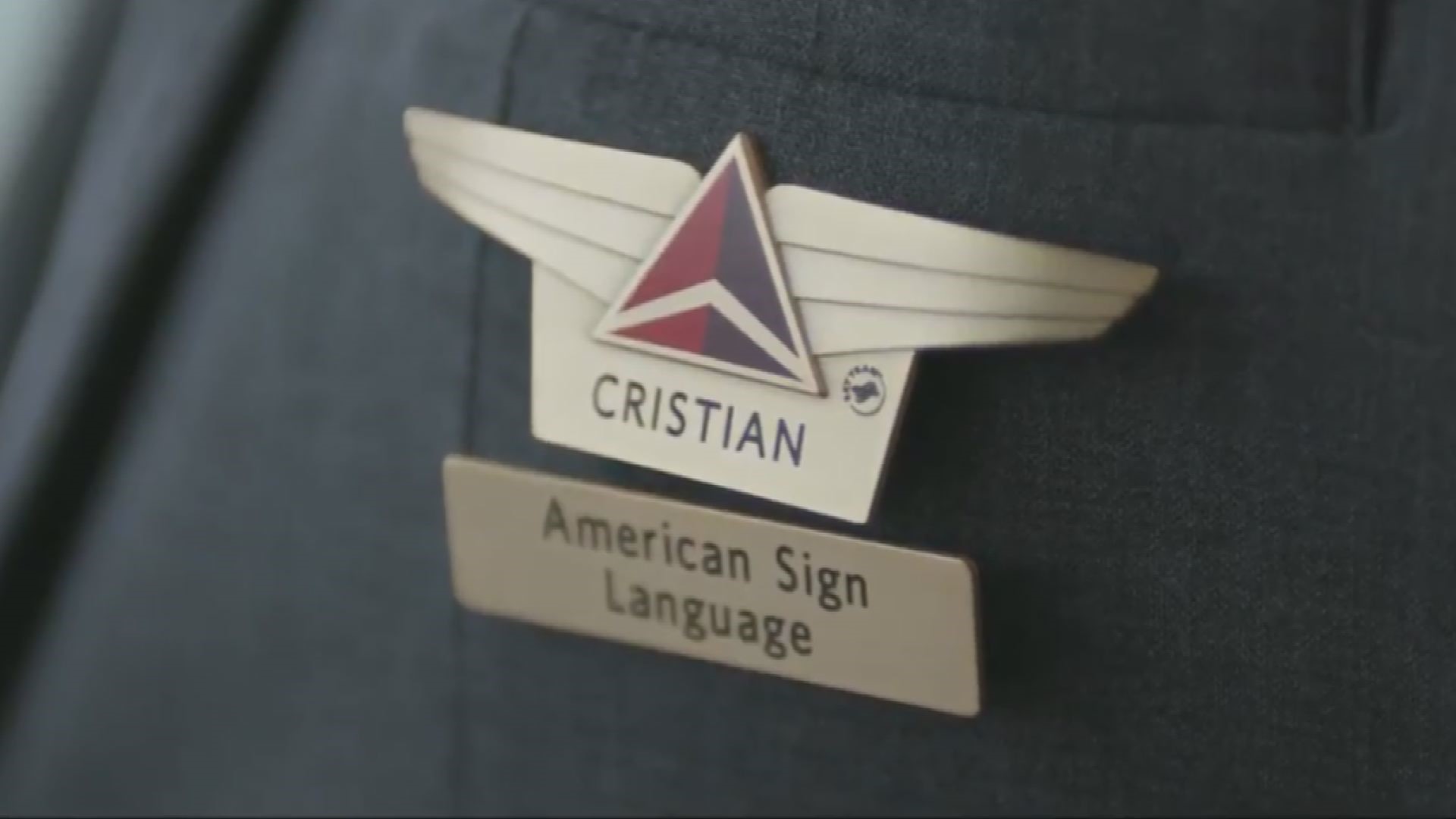 ATLANTA — Delta Air Lines will soon make it easier for those who know sign language to spot employees who also know it.

The company announced that it is creating a new language bar pin that employees can wear on their uniform, notifying the deaf and hard-of-hearing they can communicate in American Sign Language and the more than 300 other signed languages from around the world.

The airline said it would be the first U.S. airline to do so.

"How do you know what is being announced in the airport if you can't hear?" a video on the company's Twitter page announcing the option posed.

Delta CEO Ed Bastian said it is a natural step in their mission to connect the world, "which starts with making travel easier for all people."

"It's a small step on our journey, but a powerful change as we seek to make the world a smaller, more inclusive place," Bastian said.

Delta said the initiative was a direct result of feedback from Delta's customers, disability groups for employees and its advisory board on disability.

Delta is no longer the Atlanta area's top employer: Report