Norfolk International Airport released its latest data of passengers traveling during March 2021 and says it's up significantly from 2020. 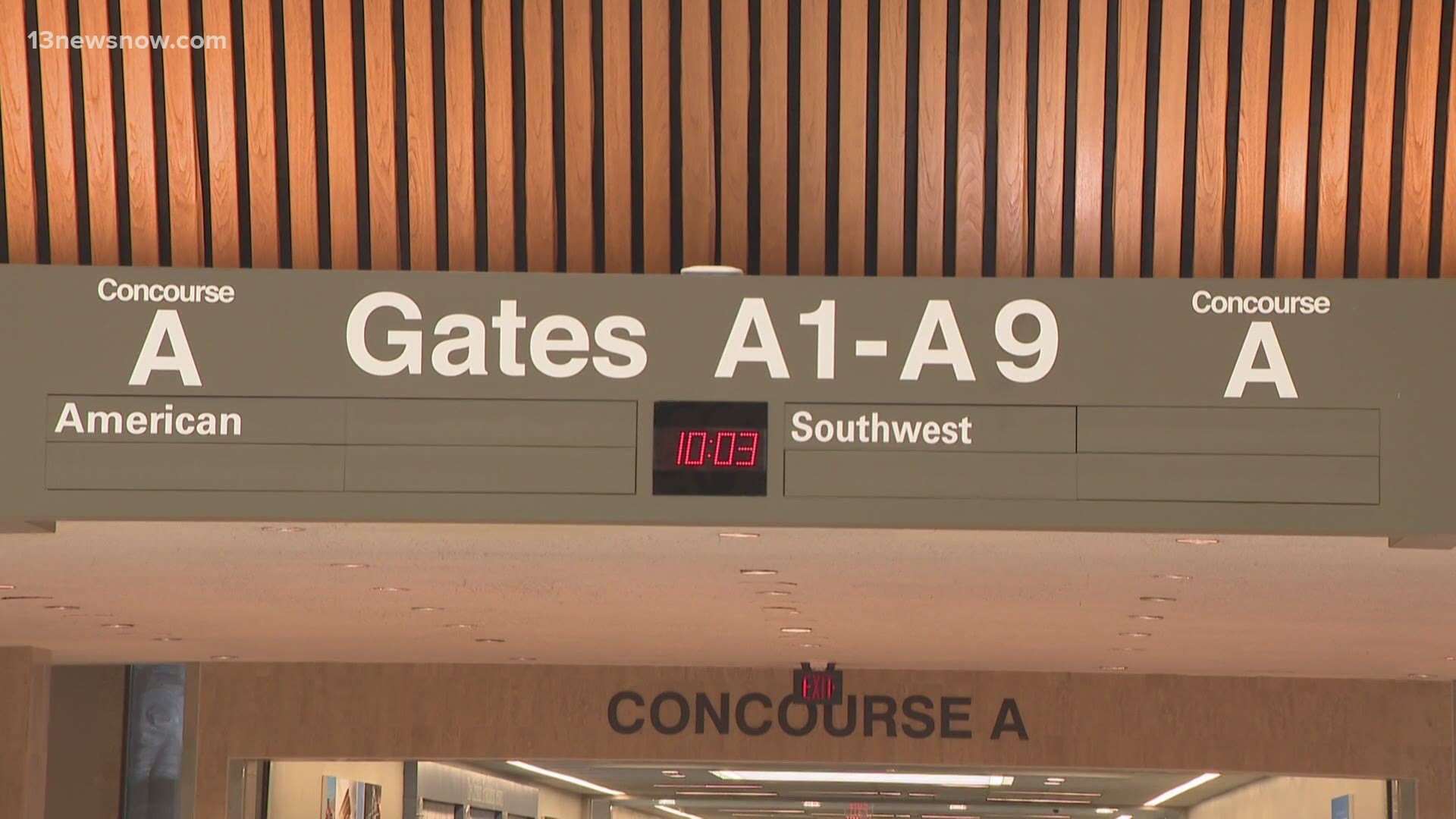 NORFOLK, Va. — More people are taking to the skies to travel recently, according to the latest numbers provided by Norfolk International Airport.

As the weather warms up and vaccination rates continue to rise, more people are picking their vacation destination or visiting loved ones they haven't seen all year.

Charlie Braden, the airport's Market Development Director, said flights were starting to fill up as each week went by.

He said they saw about a 14% increase in air travelers during March 2021. That's the highest rate of air travelers since the country had to shut down.

"We're sort of rounding the bend on the numbers. We're starting to see an improvement," said Braden. "However, we're still 42% below Mach of 2019, which was the best year in our history."

Braden said Delta was the last airline at the airport to keep its middle seats closed to passengers. However, he said Delta is expected to open them back up starting May 1, and that's when Braden said he expects even more travelers to book their flights.

"That will allow more freedom for passengers to pick the seats they want and also increase the passenger numbers too, because people will start filling those seats," Braden explained.

Though Tuesdays and Wednesdays are usually quiet for the airport, there were quite a few travelers going in and out of the terminal on April 13.

One traveler, Jennifer Perkins, came all the way from California.

Perkins said she travels every few months for her job, and said slowly, she's been seeing more people on her flights. She said her most recent one, on Tuesday, was the busiest she's seen it so far during the pandemic.

"It was notable, especially in Atlanta," said Perkins. "Atlanta was way more busy than the last time I flew through there."

She said the airlines were taking better precautions recently, with wiping everything down and requiring masks be worn at all times, making her more comfortable to fly.

"I'm not too worried about it," said Perkins with a shrug. "I feel really good given the fact that so many people have been vaccinated and they're taking a lot of precautions. I think being safe is smart, but I'm not going to lose my mind over it."

Braden says Boutique Air recently took a hiatus from the airport, but expressed interest in returning after seeing the numbers go back up at Norfolk International Airport.