Airport officials have projected more than 200,000 passengers would travel through the airport this week for Thanksgiving. 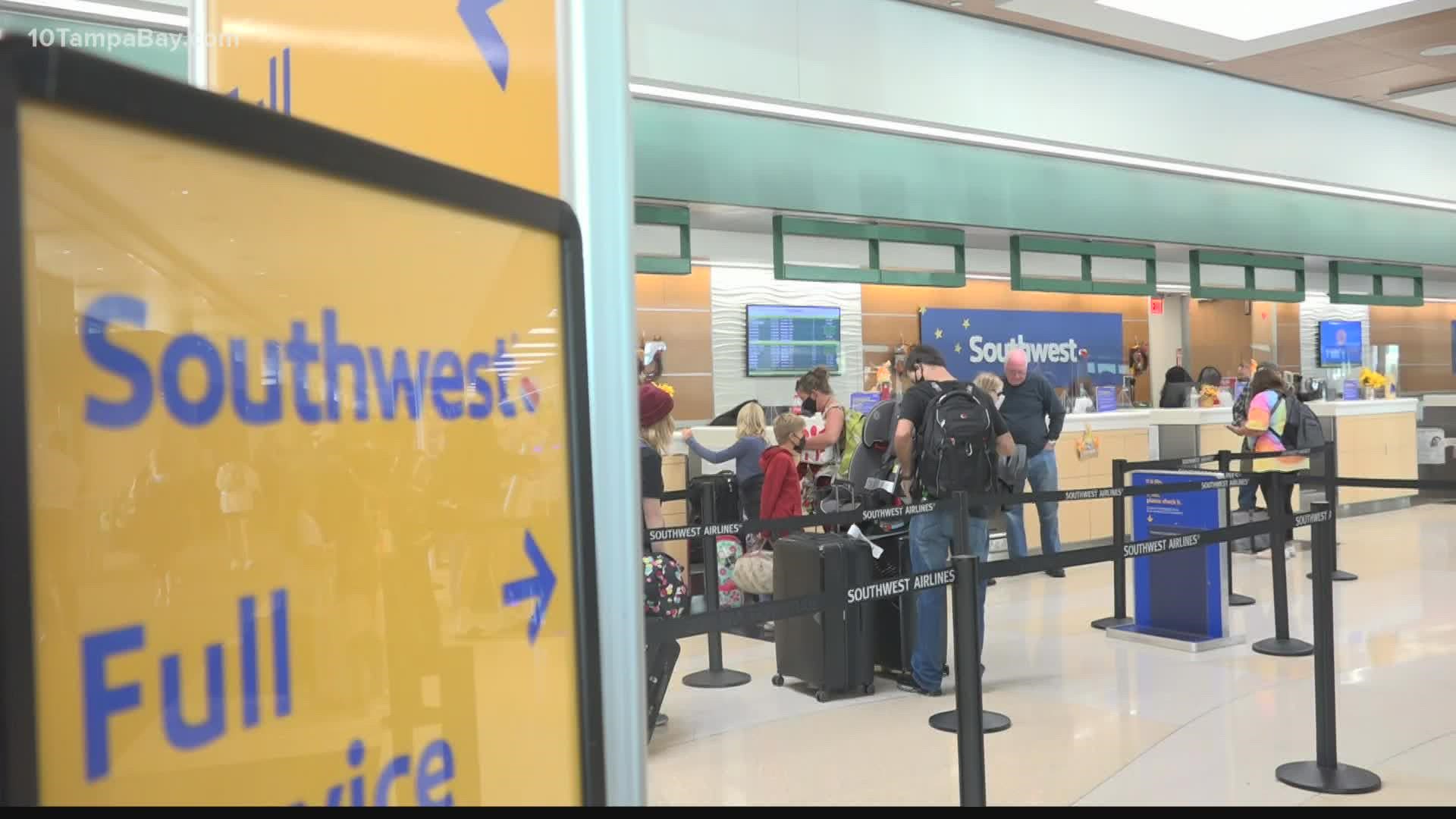 SARASOTA, Fla. — According to the Transportation Security Administration, the Sunday after Thanksgiving is one of the busiest travel days of the year.

As we approach the holiday, airports have already started seeing busy terminals. TSA says it screened more than 2 million passengers on Monday. Some of those travelers are going through the Sarasota Bradenton International Airport (SRQ) which is on track to having its busiest month, one airport official said.

"It's the busiest I have ever seen it," Sarasota resident Nancy Gronska said. She is heading to St. Louis to visit family.

"We have all been cooped up since the pandemic and it's good that we're all starting to get out," another Sarasota resident, Derek Pirozzi, said.

SRQ is listed as one of the fastest-growing airports in the United States.

Traffic at the airport is up by 150% over last year and 75% from pre-pandemic levels in 2019, according to airport officials.

They have projected more than 200,000 passengers would travel through the airport just this week.

"We broke our all-time record after eight months and broke the 2 million mark. We are at about 2 and a half million and we will easily exceed 3 million by the end of this calendar year," SRQ CEO and President Rick Piccolo said.

In preparation for the holiday rush, airport officials are advising travelers to plan ahead and get to the airport early.

"It doesn't really surprise me that there's that many people traveling but it's good to hear and I'm glad everybody is getting out there and seeing loved ones," Pirozzi added.

The airport recently welcomed Allegiant Airlines' 28th route and expects six more from some of its 11 operating airlines next month.

As the airport has continued to grow, so have the needs of travelers. The airport has added an additional 1,500 parking spaces, increasing from 1,900 to 3,500 in the last six months.

"We think we are ready for the crowds," Piccolo explained. "We have the parking in place, we have plenty of staff in place, we are very prepared."

Travelers say they are ready to take to the skies and make up for lost time caused by the pandemic.

"We get to see family and friends and we are happy about that," Pirozzi said.

"I just hope people have been careful and I certainly hope everybody has been vaccinated," Gronska added.

SRQ set its previous record more than 30 years ago in 1990 when a little over 2 million people traveled through the airport. Officials say that number is inching closer to the 3 million mark.