Airport officials are encouraging passengers to arrive two hours earlier than their flight departure during the holiday rush. 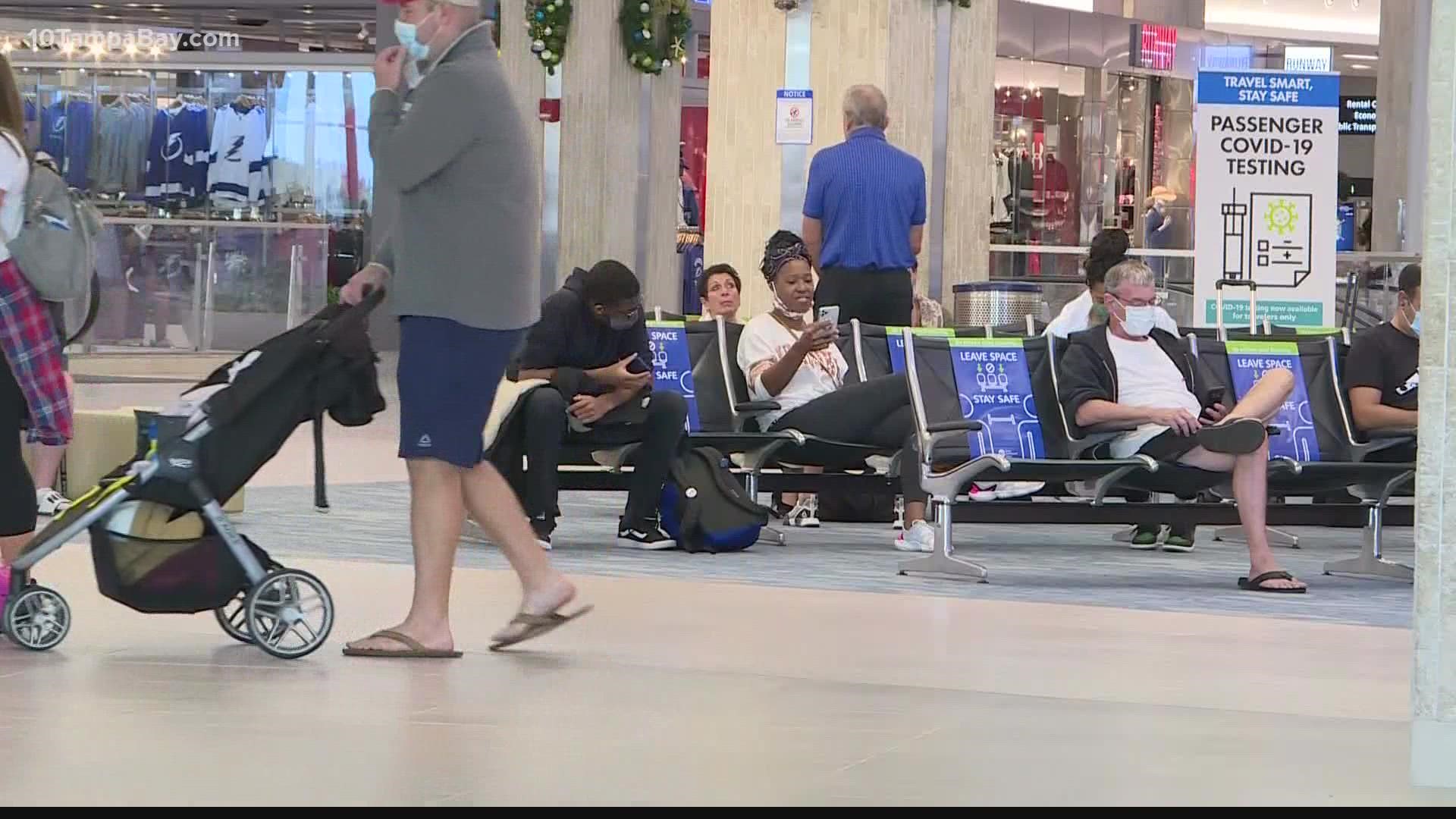 TAMPA, Fla — As travelers packed what could fit into suitcases while staying under that 50-pound mark, airport officials prepared for one of the busiest weeks of flying since the coronavirus pandemic began.

On Thanksgiving eve, Tampa International Airport (TPA) saw 70,000 people fly in and out of the terminals. Already, they're expected to see about 80,000 passengers following the holiday this weekend.

Emily Nipps, a TPA spokesperson, said, this week, the three busiest days at the airport will be the Sunday before Thanksgiving and the following Saturday and Sunday after as folks return home. So far though, traffic at the airport has been smooth sailing.

In a tweet from TPA, they wanted to make one point abundantly clear: arrive early.

Sarasota Bradenton International Airport (SRQ) saw somewhere near 15,400 passengers Wednesday, spokesperson Mark Stuckey said. Their busiest day was Monday ahead of the holiday and expect Sunday to be busy, as it typically is.

The airport saw 66 flights coming in and 66 flights departing with no delays and great weather.

One family that arrived at TPA to see their loved ones for Thanksgiving said this is just the beginning of their holiday travel schedule.

"We're so excited," Carol Johnson said. "And then we'll be together at Christmas for my father's 100th birthday."

Another traveler said he's excited to see everyone and reunite. His family is meeting for Thanksgiving for the first time since 2019.

"This is the first time the entire family gonna have been together since the pandemic started, so you know, you've got to start somewhere," William Foster said.