Jake and Michelle Schomp are living their dream traveling the world with two young kids. 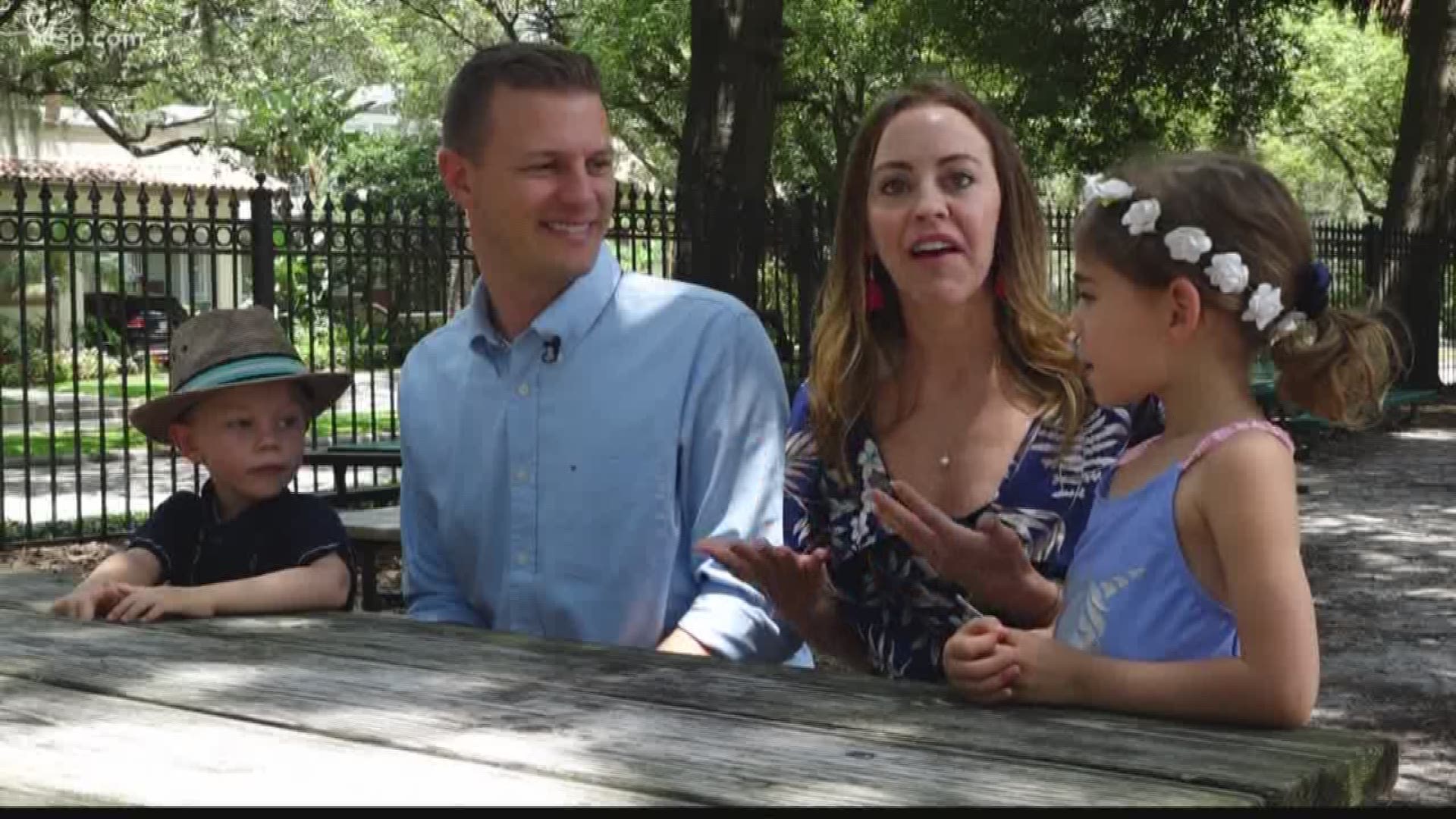 TAMPA, Fla. — Traveling the world is a dream many people have, but never get to realize.

A young Tampa family is making that dream a reality. Three years ago, they sold their home, packed up their belongings and hit the road.

"We get to see new places, try new foods." said 6-year-old Henley, who has already been around the world. "We went to see Santa's Command Center, secret Command Center."

Her 4-year-old brother, Jagger, has never even had his own bed, but he doesn't seem to mind.

"It's like we all get to be together in one room, while we're sleeping," Jagger said.

It's memories like these that Jake and Michelle Schomp were hoping to cultivate when they decided to be a traveling family three years ago.

"We're both young and we have our health and we both realized, 'why not do it when the kids want to be with us and while they're young enough that they didn't have to be in school?'" Michelle Schomp said.

They called themselves "Retired Toddlers" and began posting about their adventures on social media. They've been all over Europe, the Caribbean, Australia and Asia, to almost 40 countries with the kids. Michelle Schomp said they have no plans to stop.

"One of the things we try to do is keep a couple things consistent," Michelle Schomp said. "Like we come back to Tampa regularly to see our friends here and to go through doctors appointments and stuff like that."

"We've really gotten away from having material possessions that mean things to us where we really just enjoy our time together and we have what we need at the moment," Jake Schomp said.

Jake and Michelle have this advice for anyone who wants to follow their dreams like they did: "Just to go for it. That's the thing. We have this one life and it's very precious and if there's something you've been wanting to do then just do it!"

The next big question, how do they afford to travel the world? Before they started, they had always lived frugally and saved money. Now, they pick up work sometimes while they're traveling and Michelle has an online beauty business.