The Northeast just saw its first signs of winter

Old Man Winter painted an icy scene across one area of the country. 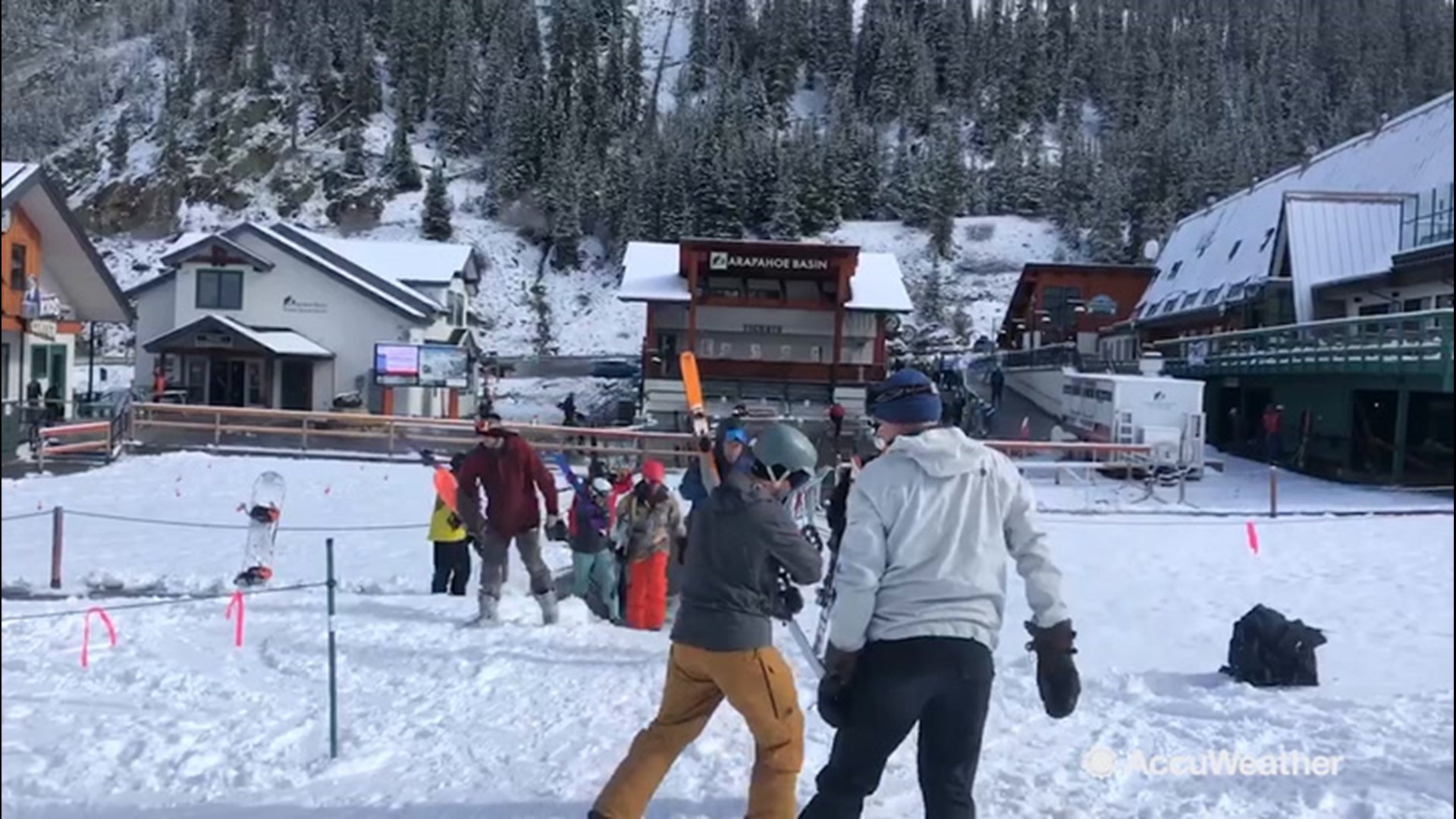 Summer doesn't officially end until Sept. 23 in the Northern Hemisphere, but Old Man Winter painted an icy scene across one area of the country this week.

Standing at 6,288 feet, Mount Washington, New Hampshire, is the highest peak in the northeastern United States and it is known for its extreme weather. And on Monday, a wintry landscape was observed on top of the mountain.

As the sun rose on the new week, weather observers atop Mount Washington saw the first ice accumulation this season.

While a thin glaze of ice formed on the mountain earlier in September, Monday morning's coating of ice was the first accumulation on the mountain since June, according to Ryan Knapp, a Weather Observer at the Mount Washington Observatory.

Temperatures were below freezing on Sunday night, bottoming out at 31 degrees Fahrenheit when the ice accumulated on the summit. Meanwhile, the temperatures in the neighboring town of Whitefield, New Hampshire, in the valley below, only dipped down to 47 F.

Despite the buildup of ice, the conditions early Monday morning were not the coldest experienced on the summit this month.

"We have had a few good cold snaps recently with temperatures falling below freezing, though it has so far only occurred when we have dry air in the region, so no snow yet," Mount Washington Observers' website read.

Although the New Hampshire mountain has just recorded measurable ice, it has yet to see measurable snow this season.

"For our entire record, the average first day where we see true snow is August 31," Mount Washington Observers' website explained.

With an extended period of dry conditions on tap for the Northeast, the season's first snow on Mount Washington may end up falling more than three weeks later than normal. However, it is almost certain that it will see snow before other parts of the Northeast.

Not only does the height of Mount Washington cause it to have extreme weather conditions unlike the rest of the Northeast, it can also influence the weather pattern around the mountain.

Less than 24 hours before the first accumulating ice of the season, people on and around Mount Washington were treated to an incredible cloud formation.

These UFO-shaped clouds are called lenticular clouds and can put on a mesmerizing display over the mountainous terrain.

Lenticular clouds form when air flows over a large object, such as a tall mountain. This causes waves to form in the atmosphere downwind of the mountain, with these smooth clouds forming at the crests of the waves.

In addition to needing the proper flow of air over the mountain, there needs to be enough moisture in the atmosphere for the clouds to form.

Lenticular clouds are common in mountainous regions, such as the Rocky Mountains, but they can occasionally develop in areas far removed from mountains.