The rainfall could be particularly troublesome for land charred by this summer's blazes. 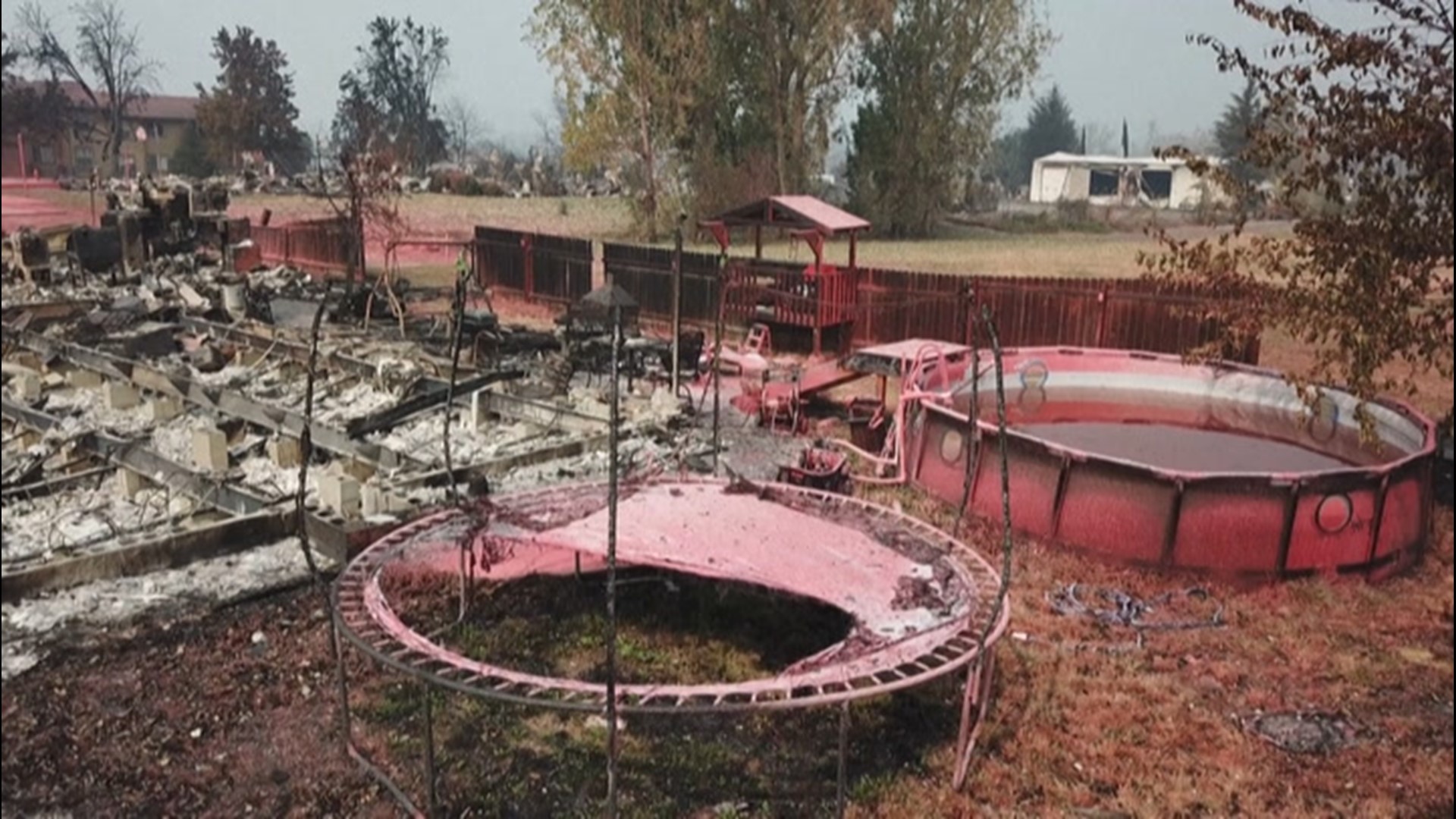 A multi-day rain event is just what the northwestern United States needs to help put out the dozens of active wildfires, and forecasters say that is in the offing later this week. But could there be too much of a good thing?

From last Friday into the weekend, the region received some relief from the smoke and haze that has persisted due to the fires as a weak storm moved in from the Pacific. Light rain fell across western Washington and Oregon, but areas east of the Cascades received very little rainfall.

While mainly dry weather has since moved in and will last into at least Tuesday, the next storm will be knocking on the doorstep at midweek -- and forecasters say this one will be more potent.

From Wednesday through Friday, rainfall, heavier and more widespread than what occurred late last week, will move into southwestern Oregon and much of Washington state, according to AccuWeather Lead Long-Range Meteorologist Paul Pastelok.

"This should keep down the amount of smoke in the air," Pastelok said.

In addition, the steadier rain will help to douse the active blazes across the region and give firefighting crews the upper hand.

"Any amount of rain is beneficial for those across the Pacific Northwest, with many locations still in the midst of moderate to extreme drought conditions," AccuWeather Meteorologist Mary Gilbert said.

During the multi-day event, a general 1-2 inches of rainfall along the coast, with locally higher amounts along the western slopes of the Cascades and over the Olympic Peninsula is not out of the realm of possibility. Even areas east of the Cascades could receive on the order of 0.50 of an inch of rain or more.

Seattle and Portland, Oregon, are likely to have their wettest period since June, when 2.28 inches and 3.51 inches fell respectively for the month. High temperatures will hover in the 60s F in these cities from Wednesday to Friday, about 5-10 degrees Fahrenheit below normal, during the rainy pattern.

While good news for the drought and wildfire situation, the rainfall could be particularly troublesome for land charred by this summer's blazes.

"There could be issues with flash flooding and mudslides and debris flows in the burn scar areas," AccuWeather Meteorologist Jake Sojda said.

Burn scar areas in higher terrain pose a particularly dangerous risk to communities downstream. People living near burn scar areas or active blazes should pay close attention to the weather situation during the second half of the week.

"Rainfall that would normally be absorbed will run off extremely quickly after a wildfire, as burned soil can be as water repellent as pavement. As a result, much less rainfall [than normal] is required to produce a flash flood," according to the National Weather Service.

Even in the absence of flooding and mudslides, the rainfall can lead to travel delays on the road and in the air. Drivers on stretches of interstates 5, 82, 84 and 90 should be prepared to slow down during periods of steadier rainfall, as visibility will be reduced and there will be a heightened risk of hydroplaning at highway speeds.

A few showers could clip northwestern California, with some rain possibly reaching where the Red Salmon Complex Fire is actively charring over 103,000 acres of land. The bulk of the rainfall is expected to stay north of this area, however.

Even farther south and east, continued dry weather and gusty winds are likely to lead to a high fire threat later this week across much of the balance of California, as well as part of the Great Basin and Snake River Valley in Idaho.

AccuWeather's long-range team expects the entirety of the West to dry out and turn significantly hotter during the last days of September.