Want to see a comet tonight?

Comet NEOWISE is getting brighter and flying over the pre-dawn sky. Here’s how you can see it. 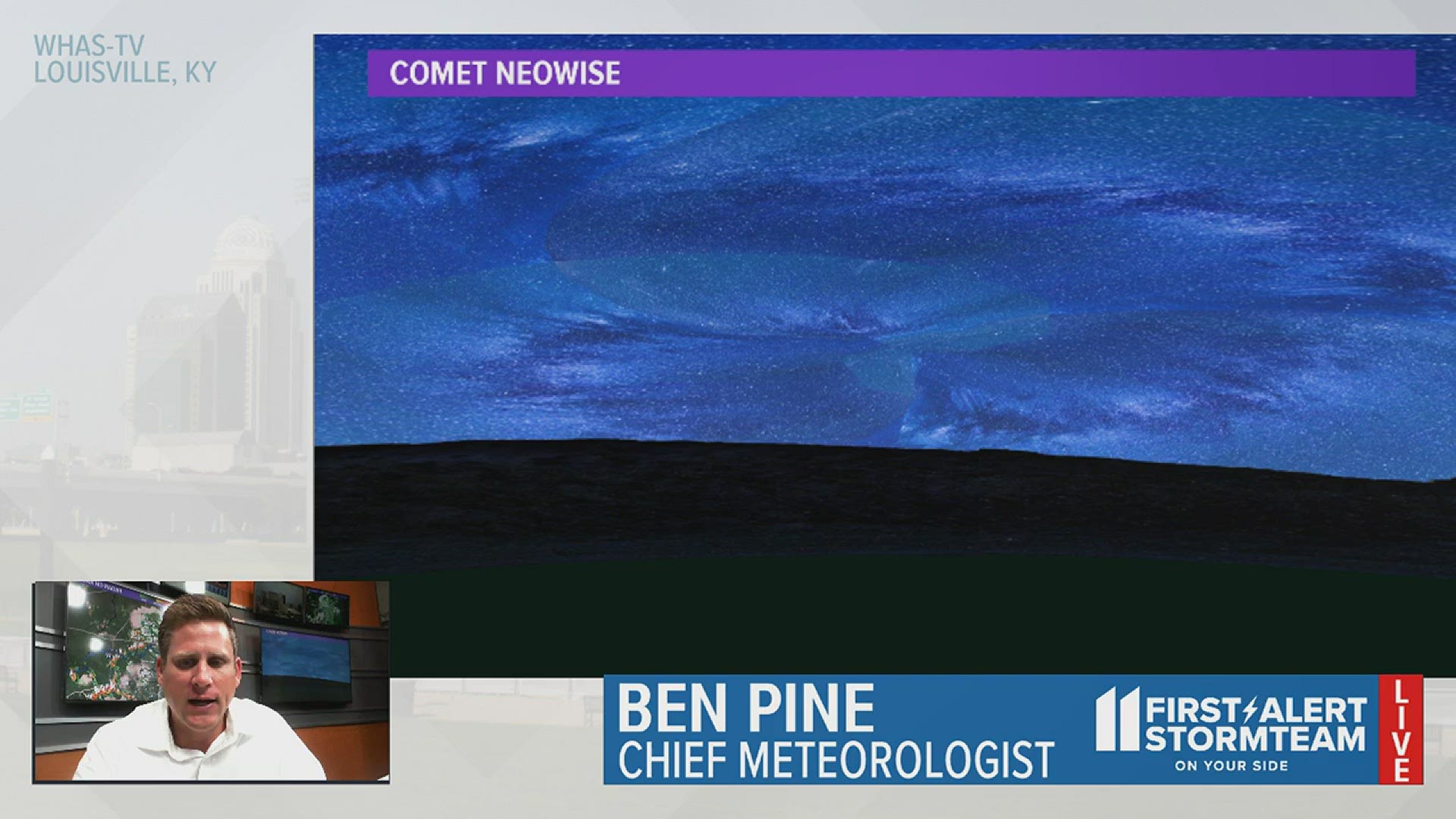 TAMPA, Fla. — Move over Halley’s Comet. A new comet is all the rage, and astronomers say it may end up ranking as one of the brightest comets seen in our skies in decades. It’s called Comet NEOWISE, named after the Near-Earth Object Wide-Field Infrared Survey Explorer (NEOWISE) space telescope, first spotted the comet as it hurtled toward the sun in late March.

The comet soared past the sun on July 3, and it has since become visible to the naked eye. It’s officially labeled C/2020 F3, but we’ll stick with NEOWISE. The comet has gradually brightened as sunlight and solar wind has caused it to release gases and form a tail. In early June, it reached the far side of the sun, as seen from Earth. The resulting glare made it impossible to see for several weeks. But now, it’s back.

The comet is a chunk of ancient ice from the outer solar system and it should continue to be visible over the next week. There is a lot of uncertainty in predicting the brightness of comets. However, many astronomers think NEOWISE could get brighter and the tail could get longer, making an even more amazing sight in the sky.

As a comet comes close to the sun, it heats up and blows off all kinds of material, and you get the tail. However, sometimes they just fall apart and disappear. NEOWISE survived and is putting on a show. The comet will make its closest approach on July 22, when it comes within 64 million miles of our planet. After that, it will gradually fade from view as it heads back to the outer reaches of the solar system.

Craig Sheffield, a Sarasota resident, drove to Okeechobee last night to get away from city lights and have a better chance of capturing the comet on camera. He started watching the northeast sky around 4:30 a.m. He captured the amazing picture below at 5:33 a.m.

“I didn’t think it was going to happen, so when it did, I was ecstatic! But I knew I had to focus and not mess up the shot," he said.

Craig said he was so excited all the way back to Sarasota that when he stopped at McDonald's, he had to show the cashier his photo.

For the next week or so, NEOWISE will be a predawn sight. To see it, head outside at least 45 minutes before sunrise and look just above the northeastern horizon. The bright star Capella can serve as a marker, as the comet lies just below it, while the brilliant planet Venus is visible to the east.

Starting around July 12, Comet NEOWISE will be visible in the evening instead, Lecky Hepburn says. About an hour after sunset, it will appear near the northwestern horizon. As the month progresses, it will rise higher in the sky, moving from the constellation Lynx toward the Big Dipper.

On July 22 the comet will reach its closest point to Earth—a distance of 103 million kilometers—before continuing its cosmic flight. Whether it will still be visible to unaided eyes by then is uncertain, however.

On any given night, you’ll need a little luck with good weather. You’ll also need to find a dark sky, away from city lights. But it may be worth it. Many astronomers say this is arguably the best comet viewing since Comet Hale-Bopp which lit up the night sky in 1997.

RELATED: Look to the sky for the green Comet SWAN for the next couple of weeks