Areas of dense fog will be possible overnight through Wednesday morning. Here's how to stay safe.

Fog is one of the most dangerous road hazards you’ll encounter. When fog is especially dense, it’s best to not drive in it. However, sometimes, like commuting to and from work, you just have to make unwanted trips.

Areas of dense fog will be possible across all of Tampa Bay tonight through Wednesday morning. Visibility may reach zero at times in some areas.

‼️Models in good agreement on DENSE SEA FOG developing tonight and tomorrow morning. You don't see the models projecting this much 0 visibility very often. Fog could develop as soon as this evening along coast areas before moving inland overnight. pic.twitter.com/6M2bHlohB5

That kind of fog is dangerous and has caused horrific and dangerous driving conditions in the past in Florida, usually in winter when fog is more prevalent.

Here are some of the worst fog-related accidents in Florida:

Wednesday, Jan. 9, 2008: Drivers on central Florida’s Interstate 4 in Polk County, near mile marker 55, encountered a blinding mixture of smoke and fog creeping onto the highway during the early morning hours. 70 cars and trucks collided resulting in 5 deaths and 38 injuries. According to The Ledger, the day before, a controlled burn by the Florida Fish and Wildlife Conservation Commission had gotten out of hand, burning nearly 250 acres of a wildlife management area just north of I-4. That night, fog rolled in.

It turns out, a superfog developed.

A superfog is a mixture of smoke, moisture released from damp smoldering organic material, and fog lowering visibilities to less than 10 feet.

Sunday, Jan. 29, 2012: Another superfog likely developed on I-75 near Gainsville that killed 11 people. According to CBS News, drivers were blinded by a combination of fog and smoke caused by a nearby brushfire - and that fire may have been set intentionally. State officials found no natural cause, no natural explanation like a lightning strike, which could have started the brush fires.

The disaster scene ran for one mile along I-75, littered with the burned-out shells of up to 19 vehicles, including at least seven tractor-trailers. In zero-visibility conditions, the combination of smoke and fog, drivers headed into a deadly multi-car pileup.

"As we were coming through the prairie, it went from crystal clear visibility to nothing in 50 feet," crash survivor Bert Thomas told CBS News. Visibility was so poor that when rescuers first arrived on the scene, they could locate victims only by listening for moans and screams.

Friday, Jan. 25, 2002: The National Weather Service says that dense fog contributed to a major pileup outside of Naples, Florida along Alligator Alley, the portion of Interstate 75 that runs across the state.

Three people were killed and more than a dozen were injured when a car carrier heading west collided with a pickup truck, sending the pickup into the eastbound lane where another accident occurred.

According to the Florida Highway Patrol, nearly 30 vehicles were involved in the accident. Both the east and westbound lanes of Alligator Alley were immediately shut down.

The website DefensiveDriviving.com offers many tips to safe while driving in fog including:

Low beams: Make sure that your low beams and fog lights are turned on. Do not turn on your high beams. Fog is made of water and, like the surface of water, will reflect light. If you are putting more light out into the fog, more is being reflected back at your windshield, creating a glare that will further reduce visibility.

Slow down: Slow down, and stay slowed down! Fog can affect your sense of your own speed as well. We sense speed using visual clues (like trees passing in our peripheral vision) that fog obscures. Make sure you check your speedometer to make sure that you are actually maintaining a slower speed.Use the white line on the right side of the road to make sure that you are staying safely on your side of the road. If you use the center line to check your position, you could end up in a head-on collision.

Clear window: Turn on your defroster and use your wipers to keep your windows clear. Turn off your radio and open one of your windows slightly, so that you can hear approaching cars even before you see them.

Keep safe distance: You also need to be aware of other cars on the road. Don’t “follow” the taillights of the car ahead of you too closely, as you may need to stop suddenly. If you need to slow down or stop, begin by tapping your brake lights to alert drivers behind you and then slow your vehicle as gradually as possible. 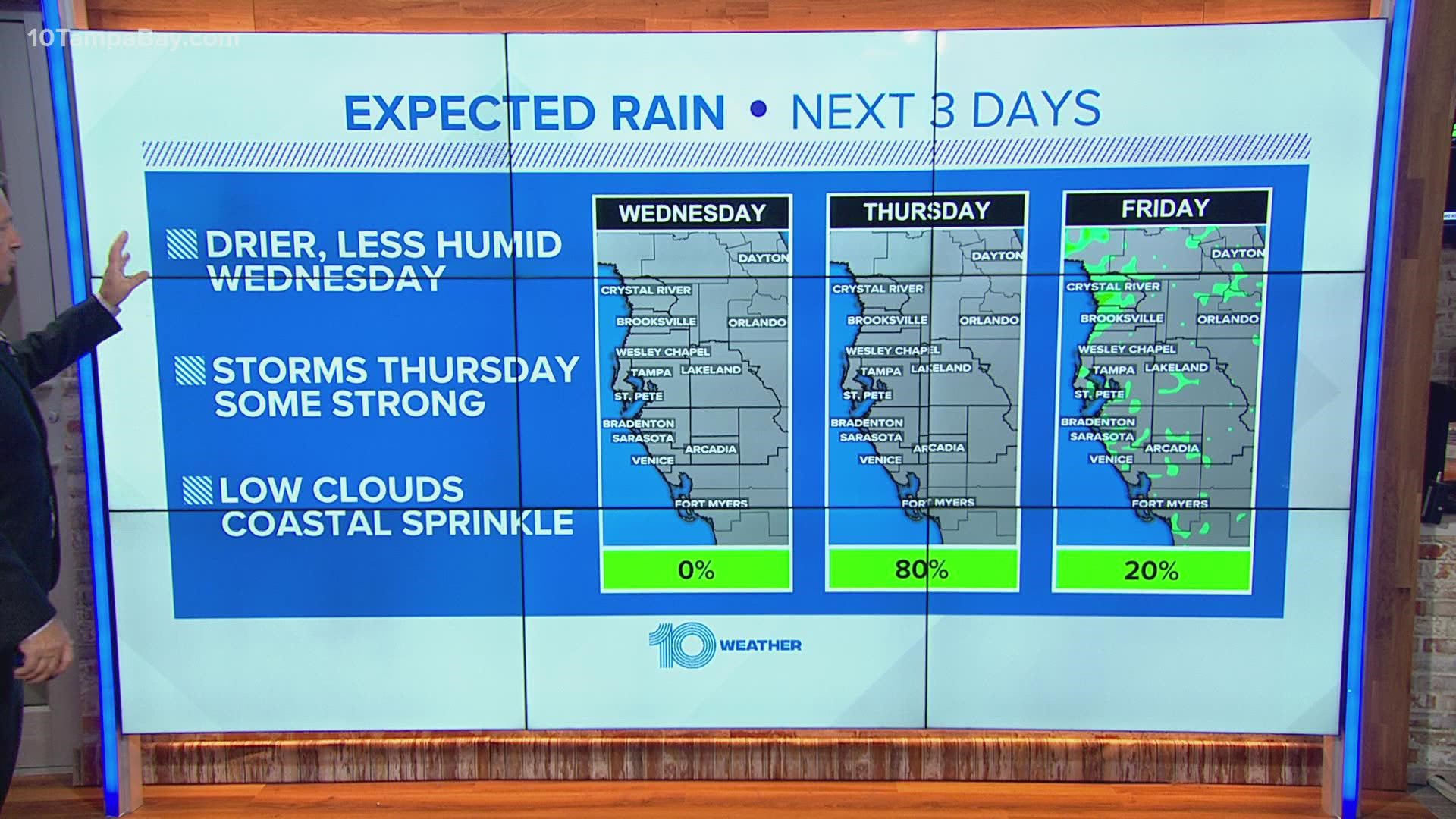 Spooky Thursday: Tie down those Halloween decorations ahead of possible severe weather