Tracking Invest 95-L: System could strengthen into depression this weekend

The next named storm in the 2020 hurricane season will tie the all-time record of 28 named storms in 2005. 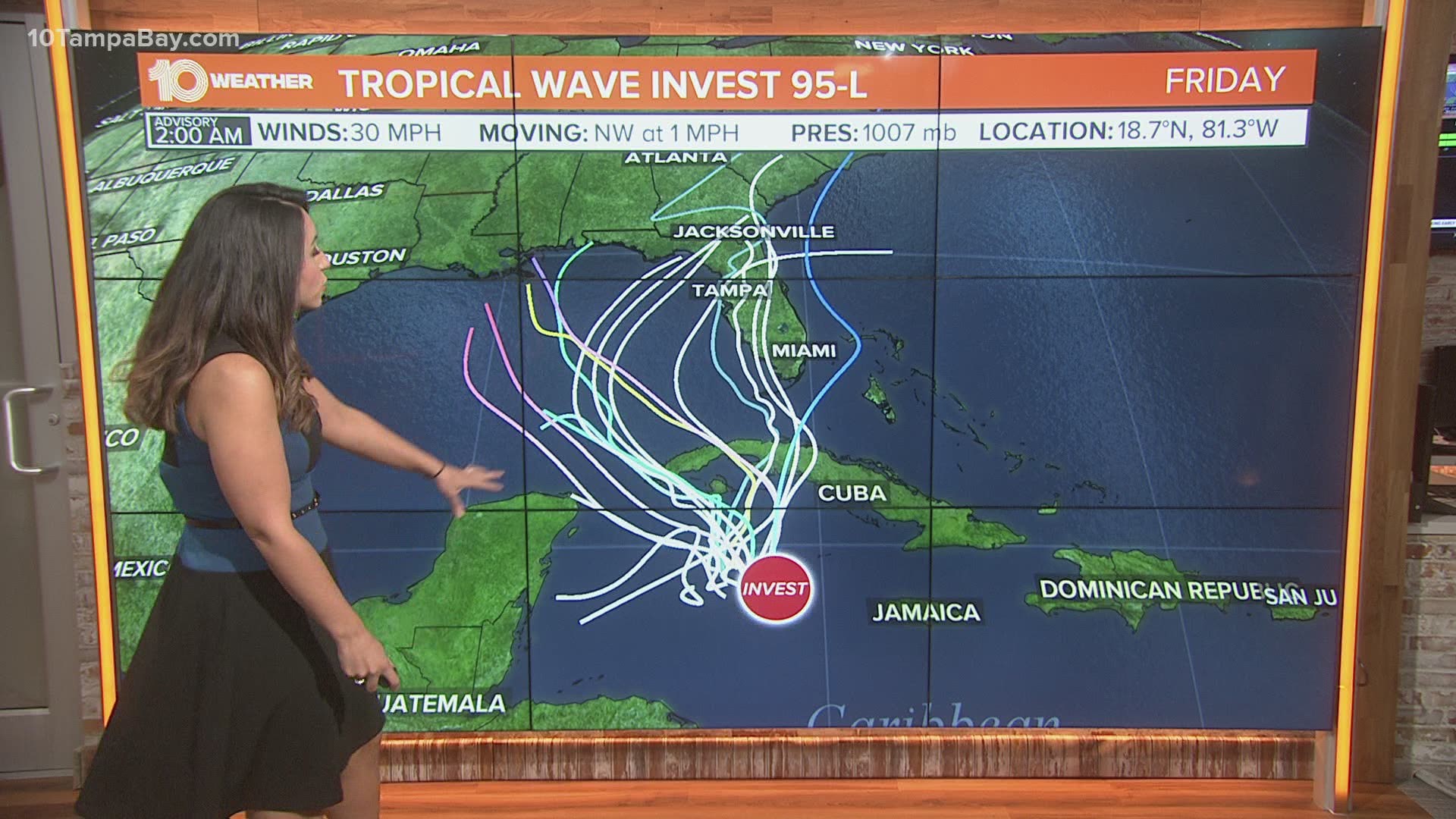 ST. PETERSBURG, Fla. — The National Hurricane Center (NHC) continues to track an area of showers and thunderstorms in the western Caribbean and increased its chances of developing into a tropical cyclone.

The area is labeled Invest 95-L for tracking purposes. It is a broad area of low pressure producing a large cluster of organizing showers and thunderstorms
which primarily extends near Jamaica, the Cayman Islands and Cuba.

Further development of this system is possible during the next
few days while it drifts northwestward near western Cuba through the weekend.

Regardless of development, locally heavy rainfall is possible over
portions of Cuba, South Florida, and the Bahamas through early next
week.

The NHC gives the area of disturbed weather a 90-percent of development over the next two to five days.

If the disturbance does develop into a tropical storm, it would be named Zeta.

The next named storm in the 2020 hurricane season will tie the all-time record of 28 named storms in 2005.