If a system northeast of the Bahamas develops this weekend, it would be the sixth consecutive year we've seen a named storm before June 1. 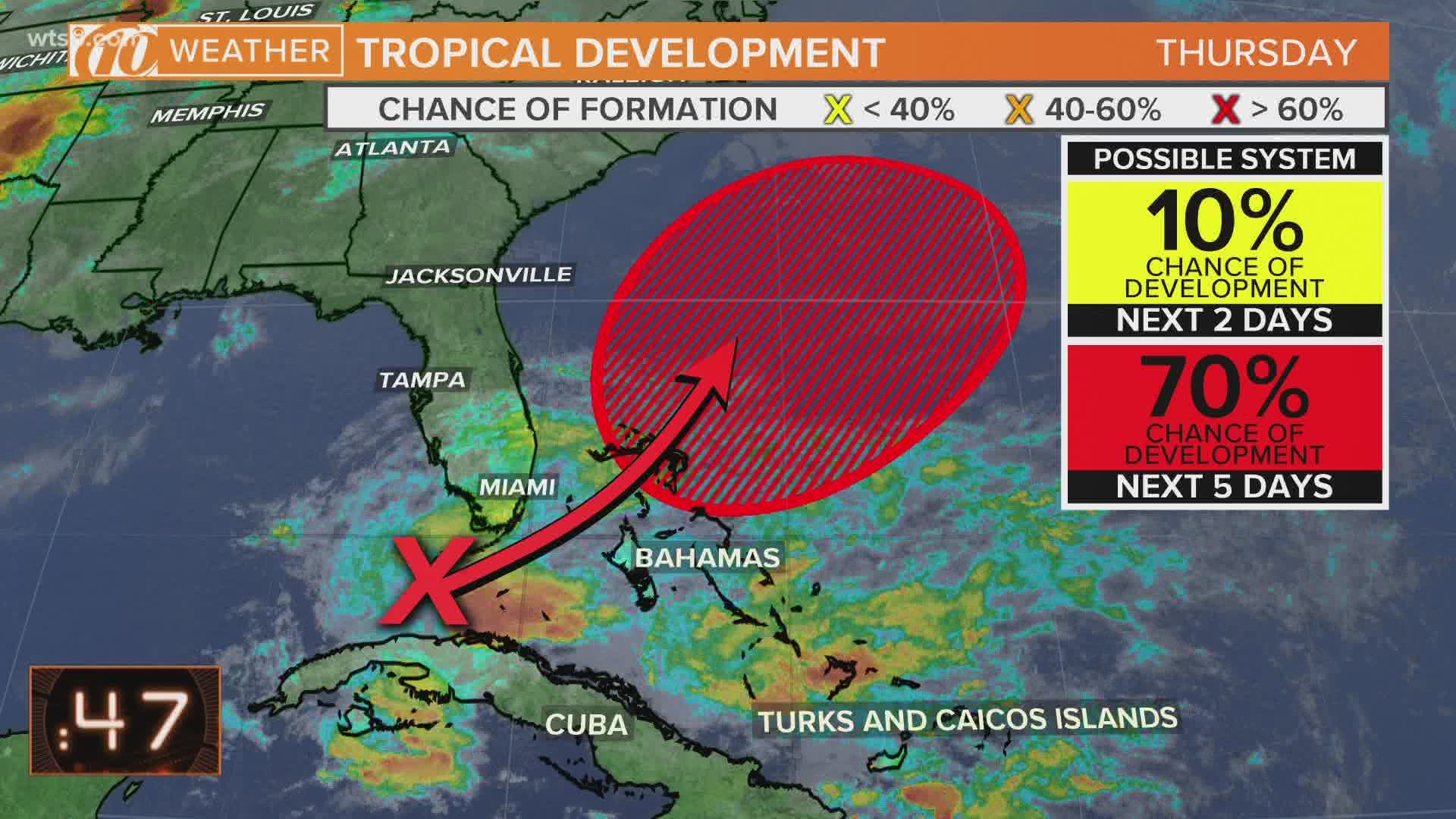 ST. PETERSBURG, Fla. — We could see our first tropical system of 2020 develop this weekend, some two weeks before the start of Atlantic Hurricane Season on June 1. A cluster of storms near Cuba is showing signs of possible development as a broad area of low pressure develops and tracks northeast.

This is actually not all that abnormal at this time of the year. If this system develops, it would be the sixth consecutive year a tropical system has developed before June 1. Since 1865, 55 tropical systems have developed in the Atlantic Basin prior to the official start of hurricane season. The most recent was Tropical Storm Andrea, which formed on May 18 of last year and dissipated three days later.

There is currently a 70-percent chance that the broad are of low pressure that develops northeast of the Bahamas becomes a subtropical or tropical storm. The most likely timing would be Saturday into Sunday. As the storm strengthens it will track northeast away from Florida.

Tropical systems can and have formed every month of the year. According to the National Oceanic and Atmospheric Administration's data from 1851 to 2018, February and March have the fewest tropical storms with one apiece. September has the most with 616. The peak of hurricane season is September 10, and the season runs through November 30.