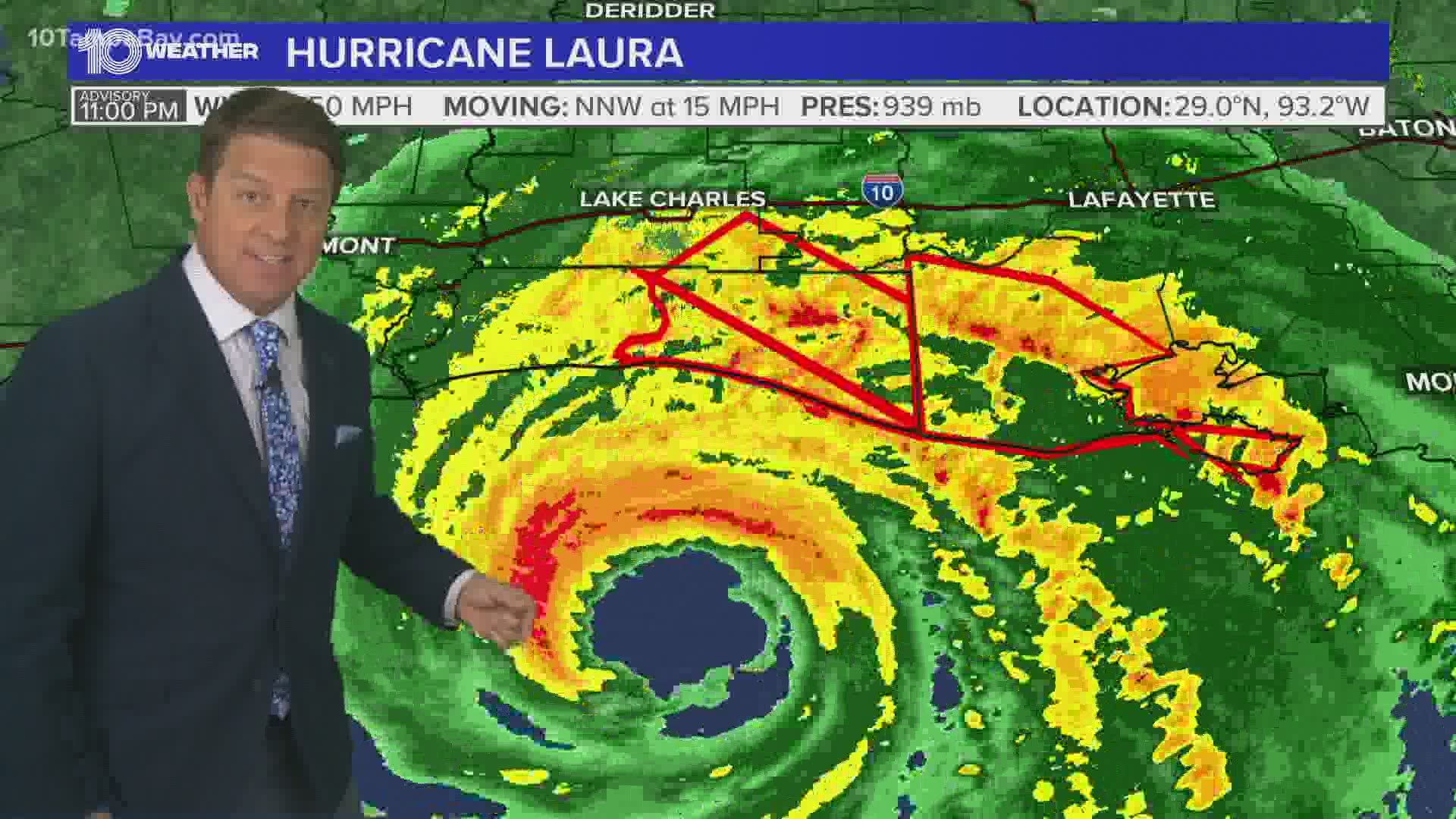 ST. PETERSBURG, Fla. — People who live along the Texas/Louisiana coastline and didn't get out of harm's way need to hunker down from here on out: Hurricane Laura is hours away from landfall.

It is an "extremely dangerous," 150-mph Category 4 storm, according to the National Hurricane Center's Wednesday evening advisory. Aside from the destructive winds, the NHC says a "catastrophic" storm surge of up to 20 feet is possible along the coastline.

As the storm continues nears the coastline over the Gulf of Mexico, the ingredients --- including warm sea surface temperatures and low wind shear -- remain for the storm to intensify, forecasters said.

A storm is considered "major" at Category 3 or higher, with maximum sustained winds of 111 mph or greater.

Laura is the first major hurricane of the 2020 Atlantic season.

RELATED: When are hurricane/tropical storm watches and warnings issued? What do they mean?

A hurricane warning is in effect for

The deepest storm surge is forecast to be along the immediate coast near and to the right of the landfall location, accompanied by large and destructive waves. Surge-related flooding depends on the relative timing of the surge and the tidal cycle and can vary greatly over short distances, according to the NHC.

Hurricane Laura is the earliest "L" name on record, beating Hurricane Luis, which formed on Aug. 29, 1995.

RELATED: Here's what you need to do before, during and after a hurricane