Tampa Bay is in the cone of Potential Tropical Cyclone Nine

Hurricane Hunters flew into the storm Wednesday , searching for a defined center where Tropical Storm Isaias is expected to develop. 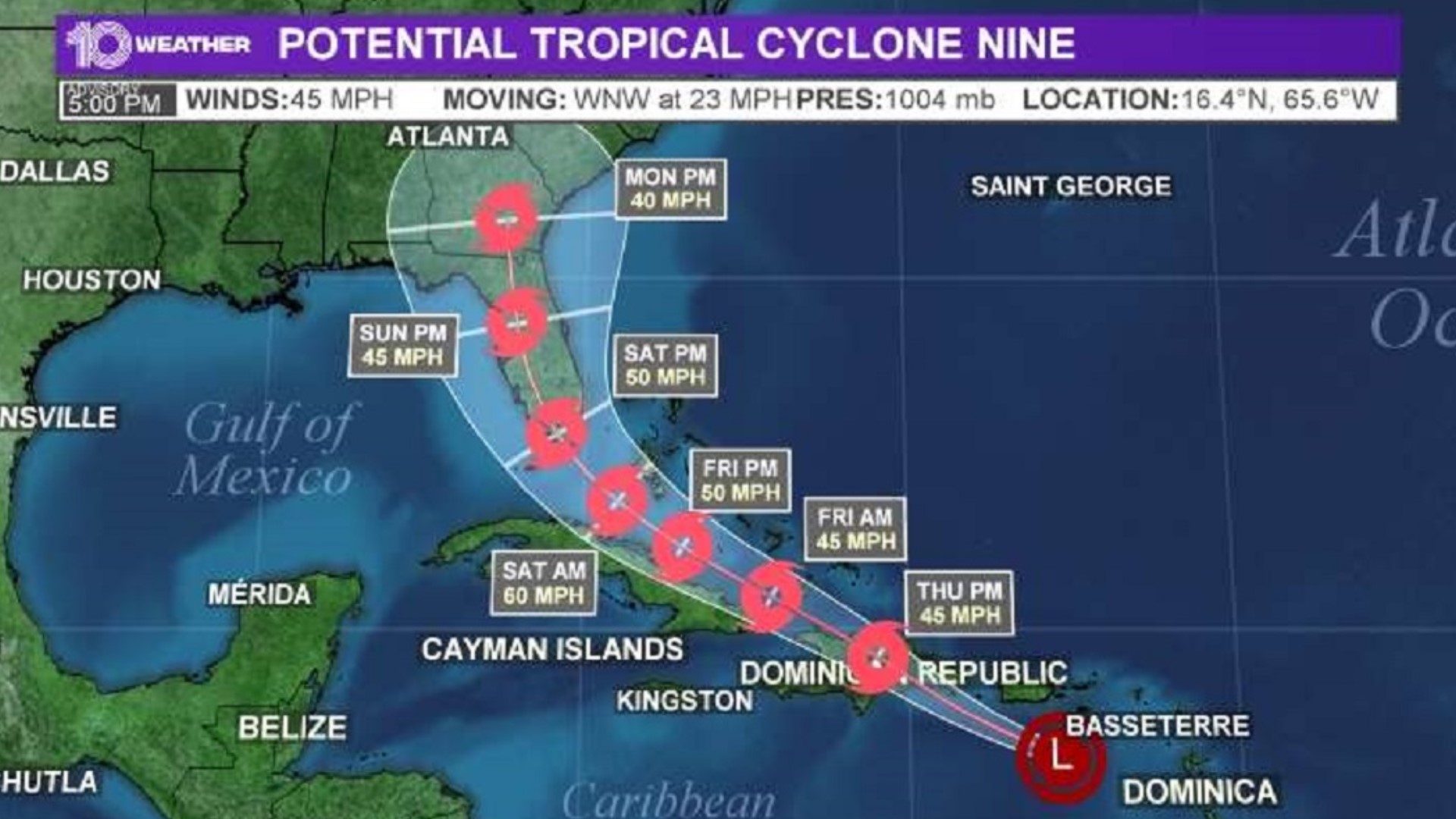 TAMPA, Fla. — All eyes in the Caribbean and Florida are on Potential Tropical Cyclone Nine (PTC9).

The National Hurricane Center's Aircraft Reconnaissance flew into the storm Wednesday to get additional data and find a defined center of circulation, which needed for the storm to become a tropical storm.

While the flight didn't find this circulation, PTC9 is still forecast to become Tropical Storm Isaias.

A "Potential Tropical Cyclone" is a designation given to a system that is likely to develop and expected to impact land within 48 hours. This allows a forecast cone and tropical alerts to be issued.

Those watching this storm develop in Tampa Bay may have noticed the National Hurricane Center's forecast cone has been shifting, putting the center of the projected storm potentially into the area. For interests here, keep in mind that there is a lot of uncertainty with this storm.

While the forecast cone does take it into Florida, you can expect changes in the path and strength of the tropical system. The storm's interaction with Hispaniola on Thursday could weaken the storm greatly due to the mountainous terrain. If it survives that area, the storm could also encounter some wind shear and dry air that could weaken it.

And if it survives all of that, the storm could gain some strength in the Florida Straits and Gulf of Mexico.

While a hurricane can't be ruled out, it is not forecast to become one.

The takeaway for anyone in Florida? This storm is still 3-4 days away from Florida and both its path and intensity are likely to change some.

As we say every day during hurricane season, have a hurricane kit and plan ready. Check back regularly for forecast updates on this storm.