Tropical development possible soon in the Gulf of Mexico

The National Hurricane Center is watching an area in the southwest Gulf of Mexico for potential tropical development into next week. 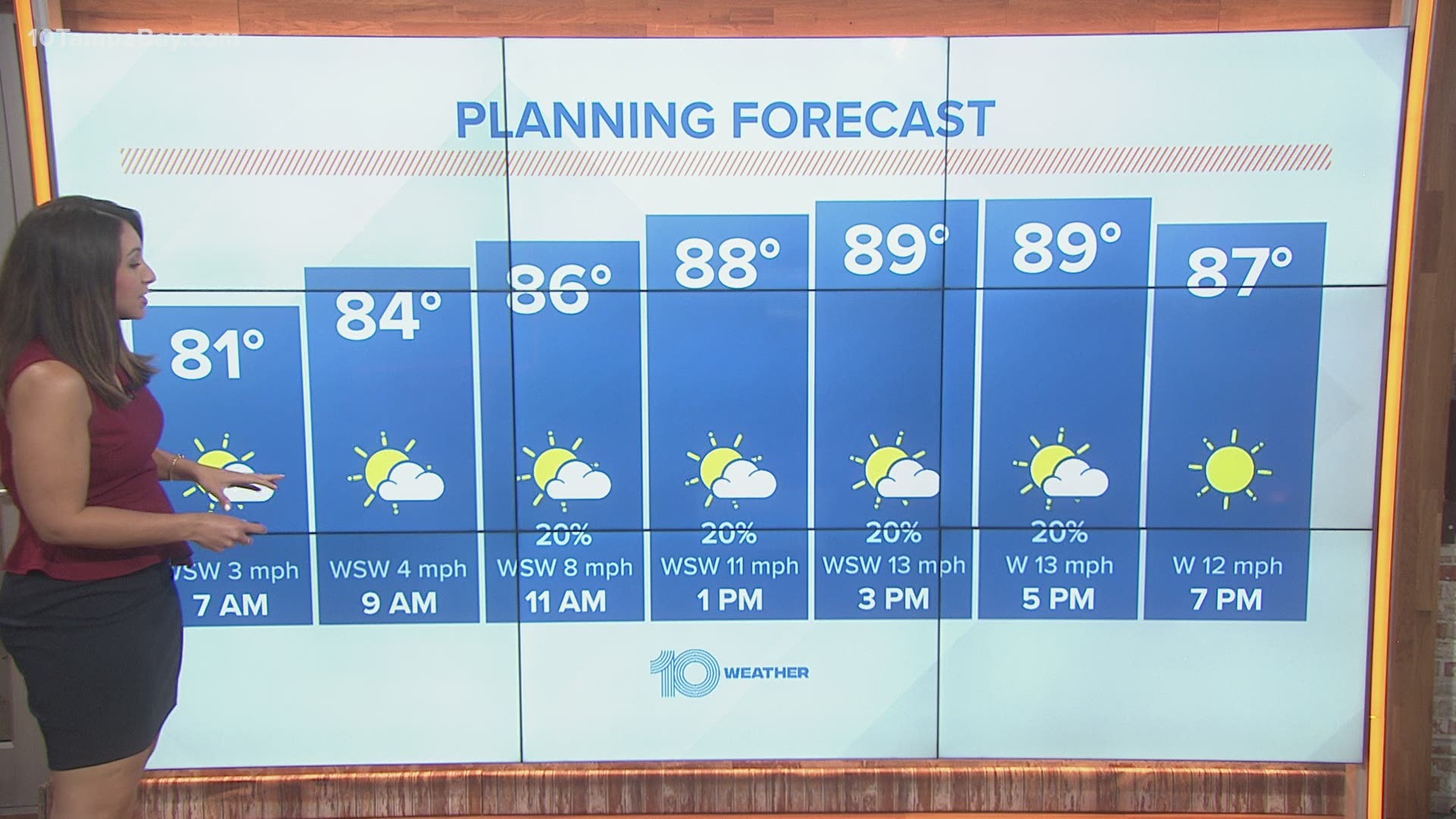 ST. PETERSBURG, Fla. — The National Hurricane Center is watching a new tropical disturbance for possible development of a tropical depression, storm or hurricane. The area of concern is in the southwest Gulf of Mexico.

A trough of low pressure is expected to form by early next week over the Bay of Campeche and southwestern Gulf of Mexico. Feeding off of the warm waters of the Gulf, slow development of this system is possible as it looks to slowly drift north or northwestward.

As of Saturday morning, the National Hurricane Center gives the system a 40-percent chance of development over the next five days. Weather forecast models have been consistent in developing this area of low pressure for the last couple of days.

It is too early to tell who could see the bulk of the impacts from this potential system and what those impacts would be; but everyone along the coast Gulf of Mexico should keep an eye on the latest forecast as this system begins to take shape through next week.

There has already been one named storm this year, a year that is expected to see more activity than normal once again. Tropical Storm Ana developed northeast of Bermuda on May 22 and then dissipated the very next day.

If the system in the southwestern Gulf of Mexico develops into a tropical storm, it will be named Bill.