Tampa has already received more rain than it typically does for the entire year. 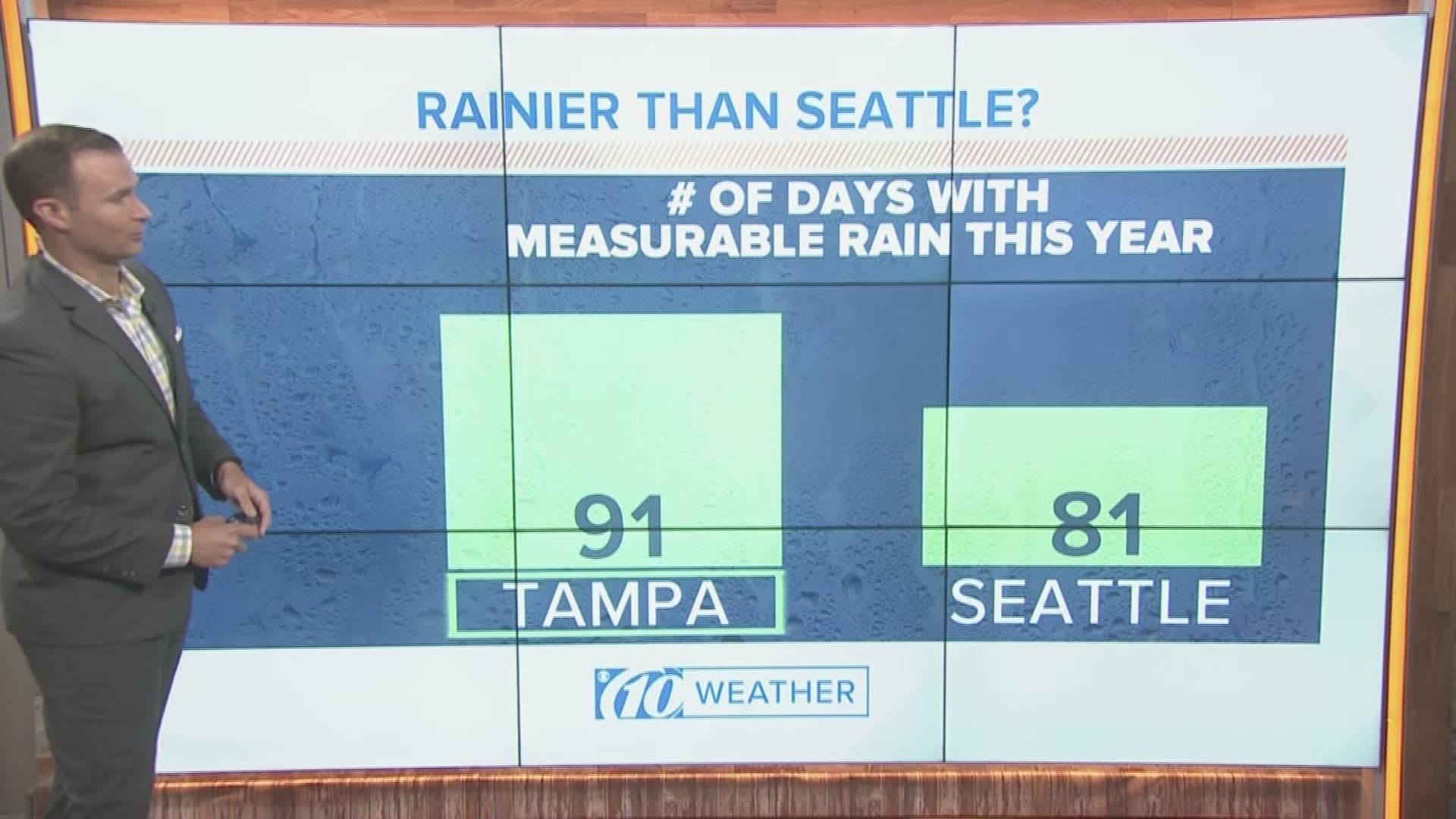 TAMPA, Fla. — There's no question that the summer months means the rainy season for Tampa Bay, but this year has been a bit excessive. The month of August has been especially rainy with Tampa International Airport recording at least 0.01" of rain 13 out of the 19 days so far.

The month of August picked up where the earlier summer months left off. Since June 1st, Tampa has received 29.94" which is 11.45" above normal.

That's close to a foot a rain more than normal since June! From June 1st through August 19th in 2019 Tampa had only received 14.78" of rain, which was slightly lower than normal.

The impressive part comes into view when you look at the amount of rainfall Tampa has received so far this year. Now, in a normal year (normal is based upon the average of the 30-year period between 1981-2010), Tampa receives 46.30" of rain.

Thanks to the recent rains, as of August 20th, Tampa has picked up on 46.39" of rain so far in 2019. In other words, Tampa has received a years worth of rain in less than eight months.

While this isn't a record amount of rainfall, 2019 does rank as one of the wettest years on record so far. Since 1939, when records started being kept at Tampa International Airport, there have only been four years that have received more rain up to this point in the year than we have so far in 2019.