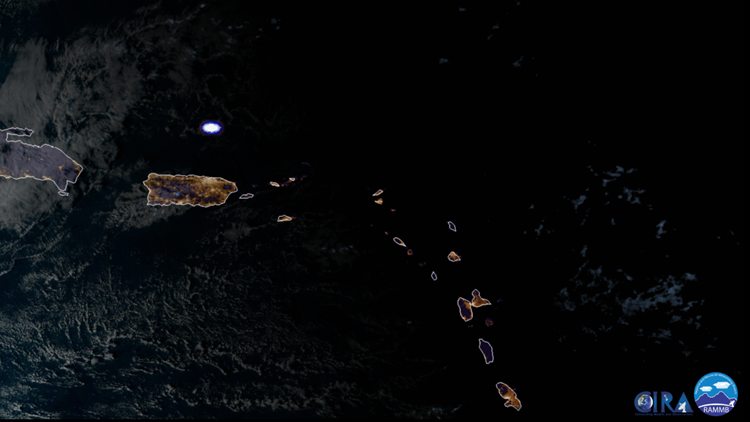 SAN JUAN, Puerto Rico — A bright meteor streaked low across the sky Friday in Puerto Rico, amazing some but unsettling others.

The ball of fire was visible over the U.S. territory Friday afternoon and was captured on satellite used by the Cooperative Institute for Research in the Atmosphere, which operates with the National Oceanic and Atmospheric Administration. The meteor shows up as a bright white blip on the CIRA/RAMMB satellite imagery.

The Associated Press said the meteor was also caught on camera by those at the island's main airport, but authorities said flight operations were not interrupted.

An astronomy professor in Puerto Rico and vice president of the Caribbean Astronomy Society told the AP that it was a "rare event." He also said the meteor was visible for up to 10 seconds, meaning it was probably at least a couple of feet in length.

CBS News correspondent David Begnaud, who has been covering the island extensively, retweeted photos and videos from some Twitter users. Some videos he shared are so clear they look unreal.

While stunning to see, the event scared some people on the island amid strong daily aftershocks hitting Puerto Rico. A 6.4 magnitude earthquake hit the island Jan. 7 and killed one person.

The quake also caused an estimated $200 million in damage along the southern coast.