A NASA study shows dust from Africa can lead to large toxic algae blooms in the Gulf of Mexico. 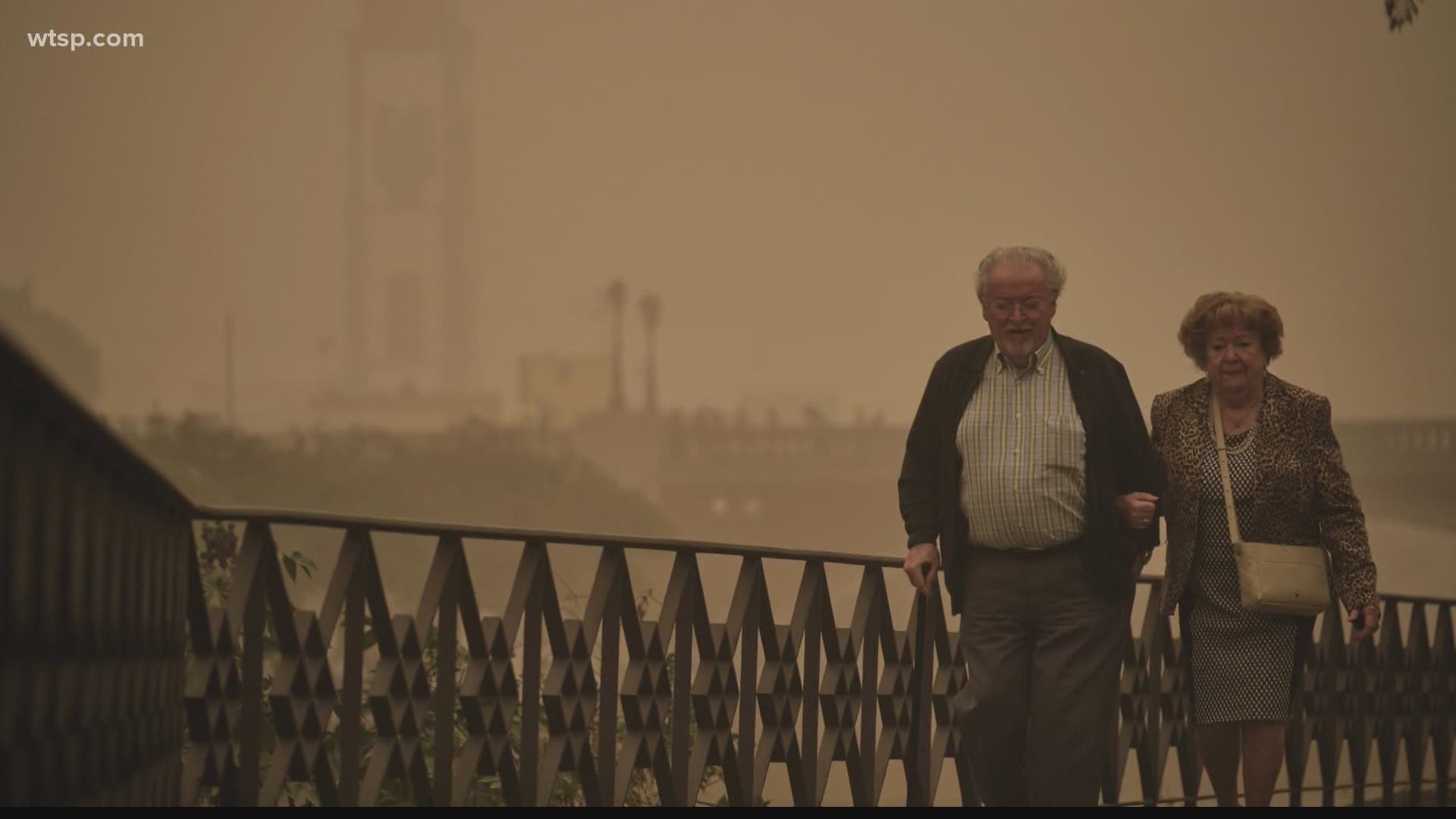 TAMPA, Fla — A historic, giant plume of Saharan dust has moved into the Gulf of Mexico and Florida skies. This typically inhibits tropical cyclone development and creates more vibrant sunsets.

But the dust isn’t all good. Air quality across most of the Caribbean region fell to record “hazardous” levels Monday, and experts who nicknamed the event the “Godzilla dust cloud” warned people to stay indoors and use air filters if they have one.

The dust can cause reactions for people with allergies and respiratory conditions. Those with respiratory issues face similar problems they would experience when coming in contact with dust particles or smoke.

Could it also spark a red tide outbreak? According to a NASA study, it’s possible.

Saharan dust clouds deposit iron in the waters off the West Florida coast. Once there, plant-like bacteria use the iron to set the stage for red tides. When iron levels go up, this bacteria, called Trichodesmium, 'fixes' nitrogen in the water, converting it to a form usable by other marine life, including the algae that leads to red tide.

The study tracked Saharan dust in June 1999 that reached the West Florida shelf (an area in the Gulf of Mexico about 150 miles west of St. Petersburg) around July 1. This increased iron concentrations in the surface waters by 300 percent. As a result, Trichodesmium counts shot up 10 times what they had been prior to this event. By October, after a 300 percent increase of dissolved organic nitrogen, a huge bloom of toxic red algae (Karenia brevis) had formed within the study area, an 8,100 square mile region between Tampa Bay and Fort Myers, Florida.

Florida’s red tides usually peak late summer-to-early fall and can last from a few days to months. Florida sees a red tide bloom nearly every year, but not every bloom is severe.