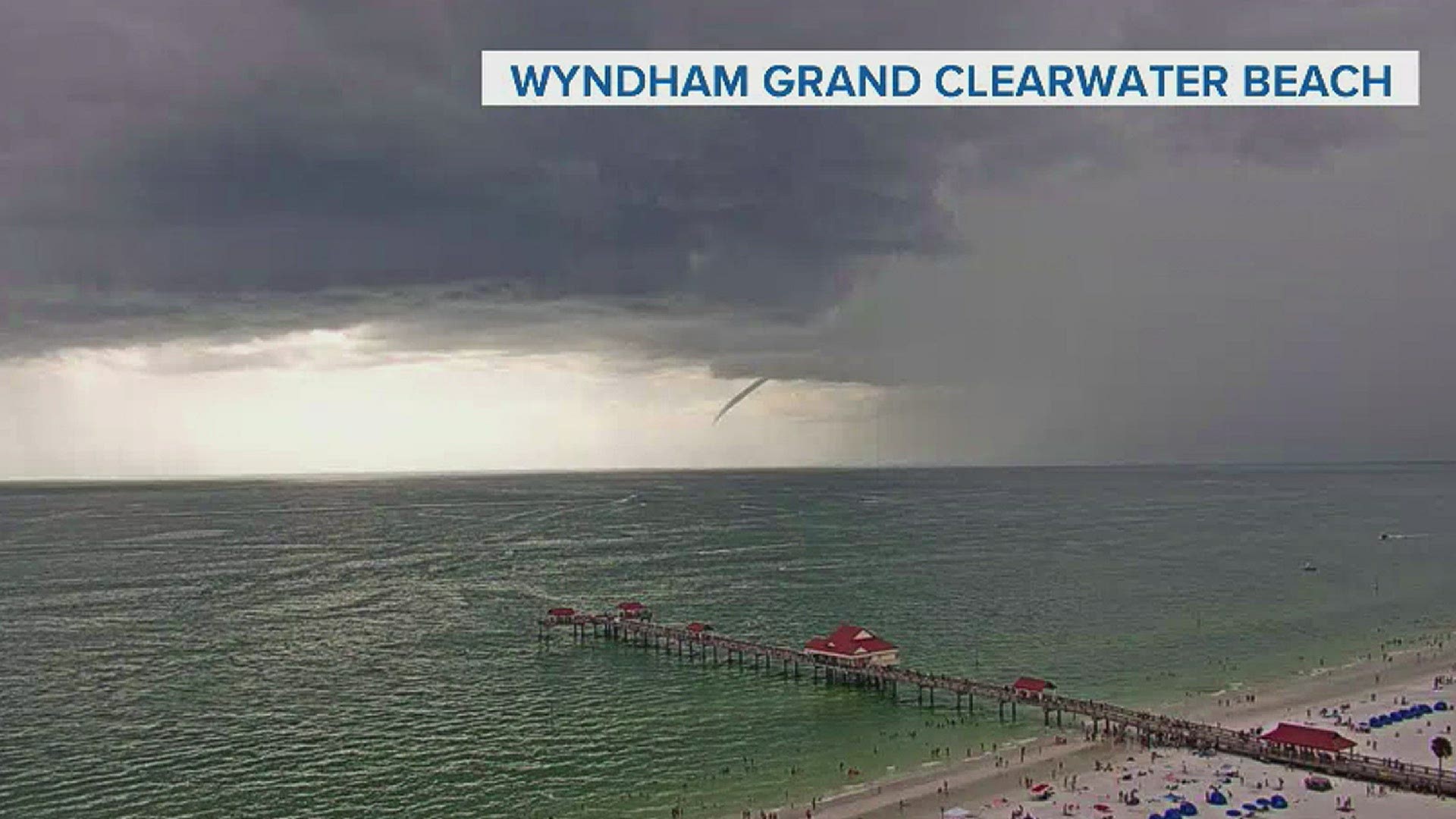 CLEARWATER, Fla. — Some sunshine at the beach became shrouded by stormy-looking skies and a more ominous threat: a waterspout.

10 Tampa Bay's weather camera caught the waterspout Saturday afternoon just offshore Clearwater Beach. And just about as quickly as it was spotted, it slowly dissipated.

This feature is considered a waterspout because it is located over and interacting with the water. If it were to move on land, which this did not, it would be considered a tornado.

Credit: 10 Tampa Bay
Although it's hard to see the connection from the cloud to the water's surface, condensation coming from the gulf is an indication of a waterspout in progress.

Showers and thunderstorms are popping up across part of the Tampa Bay area as a weak disturbance in the Gulf of Mexico touches off this activity during the heating of the day.

Even more moisture working its way into the Tampa Bay area on Sunday could allow for greater coverage of showers and storms.

A 10 Tampa Bay viewer sent in this view of the waterspout from the Intracoastal: 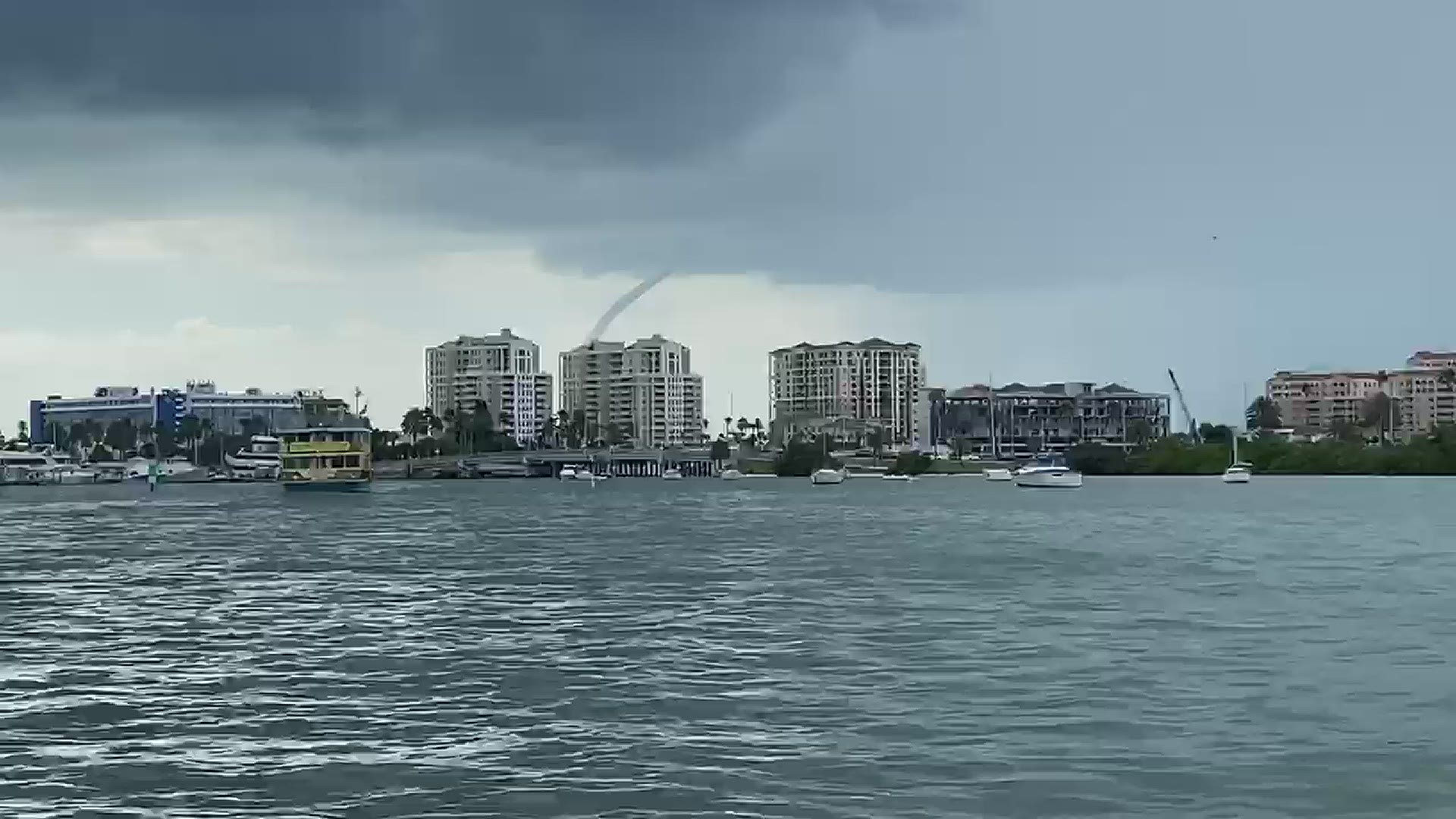 RELATED: Pop-up storms could be on the stronger side across Tampa Bay